My Top Favorite Joe Rogan Podcast Guests Of All Time 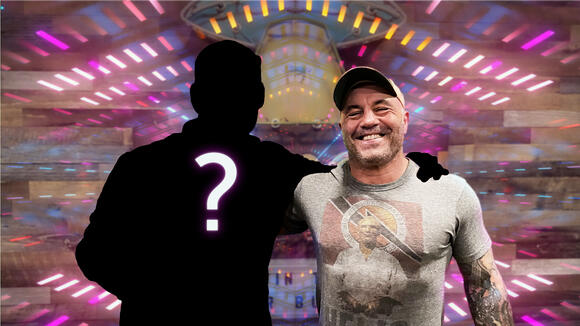 These people changed my life.

Before books, podcasts were my main source of learning. Thanks to Joe’s podcast, I became obsessed with discovering new ideas and different people’s points of view. Most importantly, I fell in love with learning.

Joe and Duncan are best friends.

Years back, when Joe was doing comedy at the Comedy Store, Duncan was answering calls there. One day, Joe called the Comedy Store and Duncan was on the other side. After their long talk, Joe rang back every day just to talk to Duncan.

When Duncan comes around, the boys dress up in costumes, drink some booze and smoke weed. Their conversations are as bizarre as their atmosphere. They talk about conspiracy theories, old civilizations, aliens, death, and other weird stuff.

Definitely my favorite podcast guest of all time. Here is one of the episodes.

Duncan has been 43 times at Joe!

This is Joe Rogan’s favorite guest.

Most people know Jordan Peterson from his best-selling books: “12 Rules For Life” & “Beyond Good & Evil”. Before writing his books, Jordan was a professor at the University of Toronto. There, Jordan recorded his well-known lectures that made him popular.

The conversation between Jordan & Joe is flawless. They talk about Nazi Germany, Dostoevsky’s and Nietzsche’s books, religion, dealing with personal problems and uncovering the truth about thyself.

These podcast episodes blew my mind and changed my life forever.

Here is one of the episodes.

How disciplined are you?

David grew up in a house of extreme domestic violence. He was 6 years old and working full time for his father. He always watched his mother getting mistreated. At school, he went by the n word. His life was a mess.

Goggins has completed over 60 ultra-marathons, triathlons, and ultra-triathlons. He is also a retired US Navy Seal. He proved to everyone that nothing is impossible. With the help of discipline and consistency, you can achieve anything.

You must listen to the 2 podcast episodes, it will humble and motivate you. Here is the first episode.

Fall in love with the cosmos.

Neil is absolutely amazing at capturing your attention and making you curious about learning. He is a great storyteller with the ability to answer the most difficult science questions. He makes astrophysics fun.

In the episodes, Neil explains why the moon landing was not fake, breaks down the most controversial UFO videos and most importantly, why the US should invest more money in space exploration.

Here is one of the episodes.

I believe Hamilton is one of the youngest and most important minds of our generation. He is a scientific researcher, journalist, creator & director of “Hamilton’s Pharmacopeia” in which he investigated the chemistry, history, and cultural impact of various psychoactive drugs.

In the podcast, Hamilton talks about caffeine overdose, the benefits of cannabis, psychoactive drugs like magic mushrooms, LSD and DMT. He also speaks about other drugs which he tried himself.

Most importantly, Hamilton talks about pharmaceutical drugs industry and about addiction.

Here is the one episode.

I wish I could forget about these episodes, so I can listen to them all over again!

Author's ImageAuthor's Image - Photo & Edit by Denis. Surprisingly, reading books is not enough. Oftentimes we finish a book and forget about its existence and what we learnt from it. Taking the risk of starting a book keeps us from not reading. And also, we can’t find a place to organize the books we have read.

I've Listened To 300+ Podcasts - Here's Why You Should As Well

I have learned more from podcasts than from books. It’s kind of surprising hearing that from a person who writes mainly about reading and books. I learn better by listening because I create movies inside my head.

How To Remember Everything From Audiobooks

Listen more effectively with these scientific & practical tips. Why you don’t remember anything after you finish an audiobook?. We don’t listen to audiobooks just for the sake of it. Our goal is to remember and use the newly acquired information for the future. In order to make knowledge stick, we should take practical and scientific approaches.

Listen To Audio Books - It Will Drastically Change Your Brain

The best alternative to reading. Listening to audiobooks feels like cheating. You know how easy & convenient audiobooks are. They allow you to absorb knowledge while doing other tasks as well. However, do you benefit as much from listening to books as you do from reading books? Can you call yourself a reader?

Audiobook vs Reading - Which Is Better?

“I was a fan of audiobooks, but I always viewed them as cheating,” — Beth Rogowsky. We all know how easy & convenient it is to listen to audiobooks but, is that component enough to never return to reading, or listening to audiobooks is not such a good alternative after all?

The hook, the structure, and the topic are the main key factors which decide how long your audience is going to read your article. Besides those, this 100-year-old writing guide uncovers grammatical & structural secrets which will make your writing even better.

Listen To Podcasts  - It Benefited My Brain Opinion

Make this a life-long habit. I have learned more from podcasts than from books. It’s kind of surprising hearing that from a person who writes mainly about reading and books. I learn better by listening because I create movies inside my head.

How To Remember Everything From Podcasts

Use These Effective Tips & Tools. Do you think you learn anything just by listening?. Passively listening is not enough. Our goal is to remember and make use of the newly acquired information. In this case, we should take a better, more practical approach to make the knowledge stick.

I have learned more from podcasts than from books. It’s kind of surprising hearing that from a person who writes mainly about reading and books. I learn better by listening because I create movies inside my head.

These Amazing Books Will Help You Become More Creative

Unleash Your Creative Potential. Creativity is considered to be a talent, something that comes and goes. It is actually more than that. It is first of all a balance between discipline and freedom. You need lots of courage to express it. Most importantly, it is something that you achieve through hard work.

10 Strong Reasons Why You Should Invest In an eBook

Buying an e-book was one of my best investments. I read now 4 books a month, something I thought I could never achieve, because I no longer had excuses such as comfort, needing light to read or lack of personalization.

The Unfair Advantage Of Printed Books

You will never be able to experience these features with an e-book. I haven’t read a printed book in 2 years. However, I really miss it. You can’t compare the atmosphere a paper book creates when you start reading it. You feel the weight of the knowledge and its secrets. Printed books are a form of art, displaying illustrations with hidden messages.

How To Remember Everything You Read

Focus on these effective tips. Why you don’t remember anything after you finished a book?. Reading the book by itself is not enough. Our goal is to remember and use the acquired information for the future, not memorize it. In this case, we should use practical and scientific approaches in order to make the knowledge stick.

This Book List Helped Me Become a Better Artist

Every aspiring creator must read this list. There is no formula or secret which can help your creative career thrive. I believe it to be a combination of multiple skills. There must be design taste, writing skills, a visionary mindset and of course, lots of courage. Every single one of them comes from a lot of practice and consistency but.

Every Designer Must Read This Book, Here's Why

Important principles that every designer must know. I understand perfectly how you feel. At the start of my journey as a designer, I was only doing practice work. I neglected videos, articles or books which could help me enormously. The theory was always the last thing I wanted to spend time on.

How To Read More Books If You Don't Have Time

I read 5 books this month. If that is the case, there is a high chance you don’t have time to read literature. It’s not that you don’t like reading or you don’t find it important; reading books won’t bring food on table or the marks you want to get.

How To Become a Creative Thief — Learn By Copying Others

In the beginning, we learn by pretending to be our heroes. It is almost impossible to create something, especially in today’s world, without getting inspired by other people. That’s why you are always researching before a project. You need to steal some ideas.

Rediscover Your True Powers By Reading This Mind-blowing Book

It taught me the art of discipline. If you pressed on the title of the article, there is a chance that you have dreams and goals you want to achieve. You want to be financially free, have a decent reputation, provide for your family, help your parents and much more. In order to reach these milestones, you have to take control of your life.

This book has taught me incredible life lessons. I can’t deny, that some people are luckier than others when it comes to family, wealth, health, opportunities and so on. We should all agree that our ancestors had it worse than us.