My name is Ioanna and I am from a small island calls Cyprus. I’m 28 years old. I grow up in a small village near Limassol, “Pissouri”. I love everything about traveling, fashion, cooking and photography. In 2019 I left everything behind to live my dream life and follow my boyfriend travel influencer @filippo_cesarini in Bali.I started creating content on Instagram about two years ago and I absolutely love it. This is why I have decided to share my creativity and love for lifestyle and travelling on here! If you have any stories, tips and inspirations, get in touch! I would love to hear from you! Xx

Best Christmas Movies of all Time

It’s Christmas with a difference this year: we’re mostly stuck at home and the festivities are a little limited. That’s the bad news, and, sure, it’s pretty gnarly – but the good news is that there’s no need to bicker over which Christmas movie to watch. You can watch all of them!

That makes coming up with a definitive list of the best Christmas movies of all time a tough feat. From Home Alone and Elf to classics like Miracle on 34th Street, I've made a list of great holiday films and checked it at least twice. Now, to all you nice boys and girls out there, I present the Best Christmas Movies ever! 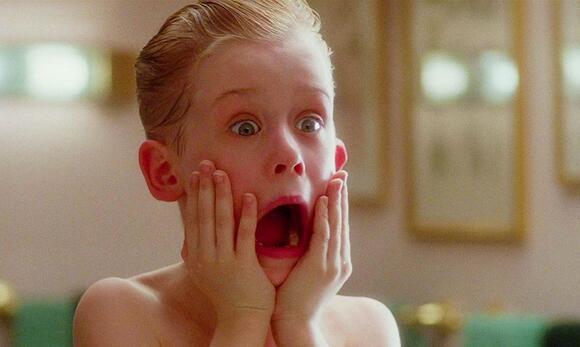 Home Alone seems to be nominating itself as a Christmas classic [and] the film does go some way toward getting the job done. "Home Alone" is a splendid movie title because it evokes all sorts of scary nostalgia. Being left home alone, when you were a kid, meant hearing strange noises and being afraid to look in the basement - but it also meant doing all the things that grownups would tell you to stop doing if they were there. Things like staying up to watch Johnny Carson, eating all the ice cream, and sleeping in your parents' bed.

Will Ferrell’s overgrown-child persona hilariously complements this comedy about a guileless giant elf searching for his dad in NYC, but the film’s focus isn’t just on the funny bone. Heart and soul are abundant in the way the film cherishes holiday cheer; in a genre that’s become generically saccharine, this is one modern Christmas movie that’s genuinely sweet. Of course, it’s no surprise that a movie about a human raised in the North Pole by Elf Bob Newhart loves Christmas. What is surprising and still a joy to rediscover every year is the gleeful, madcap streak that runs through this movie.

It's a nostalgic comedy featuring a family of eccentrics who lovingly celebrate the holidays and life itself in Midwestern America in the 1940s. The movie is not only about Christmas and BB guns, but also about childhood, and one detail after another rings true. The school bully, who, when he runs out of victims, beats up on his own loyal sidekick. 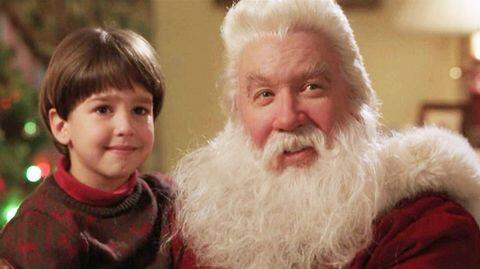 "The Santa Clause" provides at least one valuable service: It explains exactly how Santa can get down chimneys that are too small for him, and how he can enter apartments through hot water radiators and heating vents. There is also an intriguing theory, handled in a throwaway line of dialogue, to explain how Santa can visit everybody's house on Christmas Eve. It may have something to do with parallel time tracks or other concepts of advanced physics.

Six-year-old Susan Walker discovers dreams do come true if you really believe. She has doubts about childhood's most enduring miracle, Santa Claus. Her mother, Dorey, told her the "secret" about him a long time ago, so she doesn't expect to receive the most important gifts on her Christmas list. But after meeting a special department store Santa who's convinced he's the real thing, she is given the most precious gift of all, something to believe in. 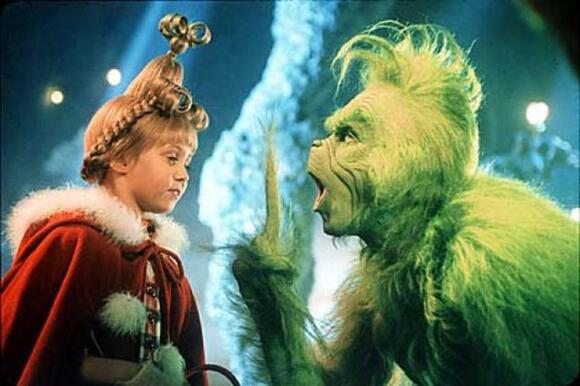 Inside a snowflake exists the magical land of Whoville. In Whoville, live the Whos, an almost mutated sort of Munchkin-like people. All the Whos love Christmas, yet just outside of their beloved Whoville lives the Grinch. The Grinch is a nasty creature that hates Christmas, and plots to steal it away from the Whos, whom he equally abhors. Yet a small child, Cindy Lou Who, decides to try befriending the Grinch. 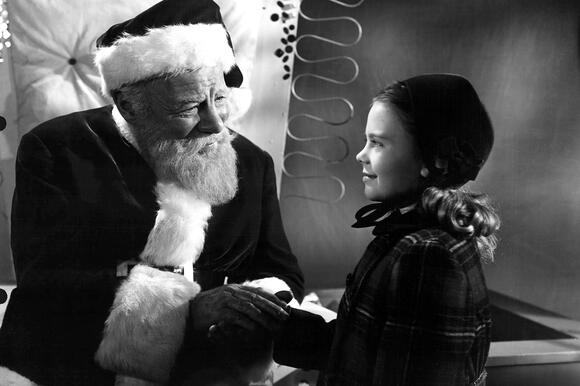 There’s a reason why the original Miracle on 34th Street is one of the major Christmas movies to hold onto the public’s heart for 73 years. It’s an absolutely perfect concept (putting Santa on trial?!), executed by a flawless script and highly entertaining performances. Natalie Wood’s turn as the 8-year-old non-believer is arguably still the gold standard of performances by a kid actor. It’s also aged so well because of how progressive it was for 1947, with its portrayal of a career woman and divorced, the single mom played by Maureen O’Hara. But the standout is Edmund Gwenn as Kris Kringle, a role that won him an Oscar. Yes, an Oscar for playing Santa Claus. That’s how iconic this movie is.

Sure, it's crude, episodic and half the jokes don't work, but 'Christmas Vacation' may be the only modern Christmas comedy which really stands up to repeat viewings. Much of the charm is down to Chase as the perpetually harassed Clark Griswold, whose attempt to host the perfect family festival is marred by unwanted relatives (including Quaid's monumentally hideous Uncle Eddie), faulty electronics, yuppie neighbours, exploding turkeys, crazed pets and an unexpected kidnapping. The sight of Chase in a fluffy housecoat and Norma Desmond hat weeping to old family videos are heartbreaking – and we haven't even got to Mae Questel and William Hickey as the finest crazy-old-couple in comedy history...

A movie people will have a good time watching with their families for enduring decades. Tinged with magical passages, buckets of goodwill and an alternate plotline with the disturbing kick of a Twilight Zone episode, this tribute to the efforts of a small-town do-gooder (James Stewart, in his most beloved role) cements the idea of Christmas as a time for giving.

No one does Bah Humbug better than Bill Murray's Frank Cross, a heartless TV exec in this dark-comedy retelling of Dickens' Christmas Carol. Yes, it's pretty much the same film like Groundhog Day (jerk becomes a better man on the eve of a national holiday). But that doesn't stop it from being the perfect prickly antidote to Yuletide sap.

My name is Ioanna and I am from a small island calls Cyprus. I’m 28 years old. I grow up in a small village near Limassol, “Pissouri”. I love everything about traveling, fashion, cooking and photography. In 2019 I left everything behind to live my dream life and follow my boyfriend travel influencer @filippo_cesarini in Bali.I started creating content on Instagram about two years ago and I absolutely love it. This is why I have decided to share my creativity and love for lifestyle and travelling on here! If you have any stories, tips and inspirations, get in touch! I would love to hear from you! Xx