A Traumatic Year Forced Me to Start Over 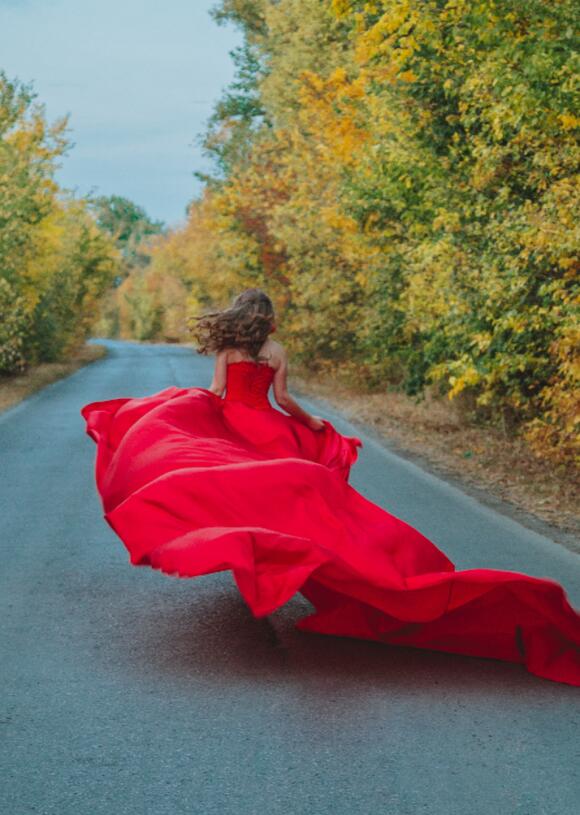 Photo by Marina Abrosimova from Pexels

I discovered an amazing thing in my therapy today.

I am an absolute badass.

In 5 months, I have gone from my lowest point of self-esteem and worldly stability, to — ahem— a new me.

To the extent that one’s personal account can support such a claim, here’s one of my journal entries from April 2020:

‘I have been given a new life. New preferences, a new way of being, new paradigms. I am more tolerant of my imperfections. The ultimate challenge — loving myself exactly as I am, even if my mind disagrees with it.’

People were reaching out after I sought support in a Facebook post. To those that picked up the phone to me, I remember lamenting:

All because, 20 weeks prior, I’d suffered a blow to the head I have no recollection of.

Today, in my Zoom therapy room, I zoned in on those early spring days which hindsight has dubbed the toughest of my life.

The weight pressing me down was comprised, in chronological order, of:

In the span of 5 months.

As quickly as the traumas dismantled my reality, so the resolutions created a new foundation. Slowly, painfully, the new layers began to stack up:

The difference between the first list and the second list is the first was outside of my control, the second within. The first one was hard to end, the second hard to begin.

The moment when the first list bled into the second is what I would call a new lease of life. It was an unexpected shift that I feared I’d never have.

The most terrifying thing when lockdown began

Putting my clothes onto their hangers before changing into my pajamas.

Every. Single. Action. Was painful. Because it took energy, hope, and looking forward to the next day. That supply was running low.

Admittedly, I’d gone through several months of interrupted sleep, also known as maintenance insomnia. So there wasn’t a peaceful slumber to look forward to, either.

A (short but relevant) digression

Thousands of cells, hosting larvae, honey, nectar, and pollen. Tens of thousands of bees, most of which forage and housekeep. Drones who don’t live to see their offspring. And a queen.

Through the miracle of pheromones and sacred dances, their inbuilt intelligence guides bees through each of their respective roles, collecting and storing nectar, how to create a new queen — and how she kills other queens if more than one is born.

It’s an intricate system that works like clockwork. If one screw is missing — the queen lays a new one, and the order is flawless once more.

Bees love their hive. It keeps them safe. They only leave their home to forage for resources, or to swarm with about half a colony when space runs out.

Except, in rare cases, they also abscond. All bees abandon their hive with no intention of coming back, and with no new queen. They do so when they become collectively dissatisfied with their living conditions.

It’s really hard to separate one part of our hive from another. If we rid ourselves of one piece, say, a disturbed sleep pattern, something else will fill that experiential gap, so the system keeps afloat.

As humans, we are both the beehive and the beekeeper. The beekeeper prepares the right conditions for the beehive to flourish, then all they can do is watch. The hive survives by itself.

In March 2020, my beehive was in such dire conditions, there was no point in half of my bees swarming to a new hive. Instead, they all packed up, left their queen for dead, and absconded.

My beekeeper didn’t even bother to harvest the honey.

Now, a newly born colony is bee-ing away, in a hive that looks somewhat like the old one — but is different.

There are no life recipes

If I were to go through a similarly difficult period again, I don’t know what I’d have to do in order to rebuild my foundations. But I believe one step is essential:

Recognizing what a badass I am.

Knowing that getting through the day is enough. And that any progress thereafter is an act of courage.

A few hours ago, I was reflecting on my fear-induced perfectionism. I told my therapist:

“There’s no point in holding myself to the same standards I used to. My life is different. I am a different person.”

I don’t have more control over my fear. But I have a different relationship with it.

I know it intimately. I know its voice and its emotional manipulation. Fear was right there with me, in my darkest hours. You could say we became friends. And as any human that started venturing outside the sandbox knows, you can’t force someone to be your friend.

We may fall out. In fact, we do, every day. But every day she’s back, pulling at my ponytail.

Fear doesn’t go with me into the shower.

She is instructed not to interrupt me when I am creating.

She doesn’t get to raise her voice at me unless I’m moments away from being killed.

We’re still learning. But the standards have changed in my new beehive.

Because I’m a badass.

The problem with technology platforms is rooted in start-up culture. Agile. Lean. Market size. Time-to-market. User take-up. Engagement rate. These are terms that help start-ups compete across “how much” and “by when.”

7 Things to Do Outdoors in New York in Spring 2021

(Side note - have dictionaries changed the definition of "zoom" yet?) As we've seen in 2020, falling infection rates cue a loosening of restrictions. In New York City, indoor dining has opened up to 50% capacity starting March 19, and concert and sports venues are expected to start at 20% capacity from April 1st.

When I think about people close to me, I encounter a thick fog, oblivious to anything on the other side. I don’t know what it means to be “close” anymore. If you ask me who I speak to the most, I can think of the top two people.

A Lesson in Accepting Imperfection

I’ve got a shelf full of cosmetics and nowhere to use them. What’s the point in wearing make-up if there is no one in sight to tell me, "Oh I love that color on you"?. I’ve spent years, soon to be decades, of my life doing stuff with someone’s opinion in mind.

My Child's Birth Day Is Uncertain

I don’t know if I want to have kids. I’m 27, but I may as well be 19 or 43. Must there be a number saying when I should consider creating offspring?. First, let’s get the elephant out of the room.

If Your Marriage Were a Person, What Would It Say?

I believe marriage should come with a break clause. "I take thee to be my lawful wedded person, to have and to hold, for better for worse, for richer for poorer, in sickness and in health, till death do us part. Should I not work hard enough to uphold my end of the bargain, thou art free to dump me."

I Am Dying and I Have a Greater Appreciation for Life

If you’ve arrived here expecting a dying woman’s wise take on life, I’m not going to lead you on any further. I neither purport to be wise nor am I imminently dying. But if you’d like to partake in a thought experiment, indulge my dramatic opening a while longer.

I Am Sabotaging My Wellbeing to Care for Others

I don’t want to be productive. I don’t want to create, work, produce, do good. And whatever other terms fit snugly under the umbrella of “Should.”. But my mind won’t let me be. Sometimes I can’t fall asleep at night because random words are flying through my head. Often they’re not words — just letters, trying to form some molecular chain that can save humanity.

I am a child of the ‘90s. I will feign not ignorance, but bliss, in having little clue what J.Lo meant by “Love Don’t Cost a Thing.”. I think love is the most expensive thing out there.

If You Want to Recover, Accept Fear

A year ago today, I had the scariest plane ride of my life. Not because of heavy turbulence, or even early signs of a pandemic. I wasn’t afraid of flying. I was afraid I’d never recover from a syndrome that impaired my brain functions.

If You Want to Improve a Habit, Remove the Shame

I find myself uttering a silent ‘oh no, not again’ when my body fails to deliver as expected. It’s not my favorite way to start the day. But it’s a common one. I’ve been struggling to wake up before 9 a.m. without a headache.

20 Reasons to Trust Blindly in Your Life’s Meaning

A man stopped me yesterday in Leicester Square with this question:. "Do you want to go to Heaven?" A preacher could be heard over the megaphone in the near distance. ‘Jehova’s Witnesses,’ I thought. ‘Maybe Evangelical.’

I Still Trust Men Even Though Some Are Abusive

I’m in the supermarket, listening to my “Made for you” playlist. Of course, “Who Run the World” comes up. Cheering me on as I decide between tomato soups — plain or with basil.

When You Don’t Feel Like Creating, Use Your Craft

Let's explore the intersection of creativity and mental health. On a Zoom coffee morning, actress Susan Wokoma recently said:. “Your creative tools come into play when you don’t feel like creating.” - Susan Wokoma.

You Don’t Have to Like Someone to Love Them

In my defense, I love my sleep. I love it so much that, over the past 4 weeks, its disrupted patterns made me appreciate every second of slumber. So, naturally, when I came across a virtual retreat with calls beginning at 4 a.m. UK time —

If You Think Free Speech is Dying, Take Notes from Romanian Politics

My first ever hashtag was released into the Internet 6 years ago. Believe you me, I would have postponed it if I could. But I had to take a stand. My country’s democracy was up in flames and I was present when the sparks were ignited.

Recovering From Perfectionism: An Addict's Diary

My name is Ioana and I am a perfectionist. I am working hard not to be, but I accept that there may always be a grain of it left at the bottom of the jar. I won’t go into how perfectionism affects my life just yet. I might freak out and not be able to finish this piece.

The “Feeling Paradox” Allows Depression and Happiness to Coexist

This week was the first time I publicly admitted that I have been suffering from depression, anxiety, and a specific form of OCD. Saying “anxiety” and “OCD” wasn’t too scary — as they tend to be exonerated as the loud, hyperactive sibling of high-performance and perfectionism.

White Privilege Makes It Easy to Be Silent

My white fragility is crumbling under the weight of past and current colonialism, black death, and global grief. I don’t expect consolation for my guilt and inadequacy. I expect to be called out for doing the insensitive thing. The ignorant thing. The privileged thing. The racist thing.

I Am a Radical Feminist

There are a few places that are bound to absorb the odor of rotten utterances. The comments section of pretty much any public figure or newspaper. For the most part, I have given the first two a rest.