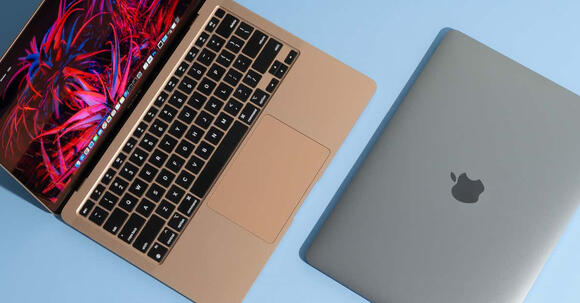 So what features can we expect from this new model?

Starting with its design, which will continue Apple’s recent trend of flat edges and no curves. Like with the iPhone 12 and iMac.

Its chassis will be slightly larger to accommodate its bigger 14-inch display, although the screen’s bezel will also be narrower.

On the left-hand side, leaked schematics have shown a MagSafe connector, two USB-C ports, and a headphone jack. While on the right, will be an HDMI port, a USB-C port, and an SD card slot. That meant Apple’s abandoning the previous approach of going strictly USB-C. Which not only caused reliability issues with external devices but also forced users to buy and carry around USB-C adaptors.

Something else Apple will likely abandon is the Touch Bar. Reverting back to traditional function keys instead.

The display will not only be larger at 14 inches but also feature improved brightness and contrast. Thanks to Mini-LED technology that we’ve already seen in the new 13-inch iPad Pro.

Above the display will be an upgraded 1080p FaceTime HD camera. Twice the resolution of the previous model.

Internally, Apple is expected to replace their M1 chip with an upgraded M1X or M2 version. The chip reportedly entered production in April and will feature some significant performance improvements. With 10 processing cores instead of eight, and the option of a 16 or 32 core GPU.

A huge improvement over the 7 and 8 core options was previously available. This applies to RAM as well, which was previously limited to 16GB but is expected to max out at 64GB with the new chip.

It also means the MacBook Pro will be powerful enough to include Thunderbolt ports instead of standard USB-C, enabling features like support for multiple external displays.

Finally, the battery of this 14-inch MacBook Pro is expected to increase by 16%. Although it remains to be seen if that will result in longer battery life, or if the new processor and the larger display will consume the extra power.

The new 14-inch MacBook Pro is expected to be released this October with a starting price similar to the current $1,300 model.