Types of Intelligence & What They Reveal About Your Talents 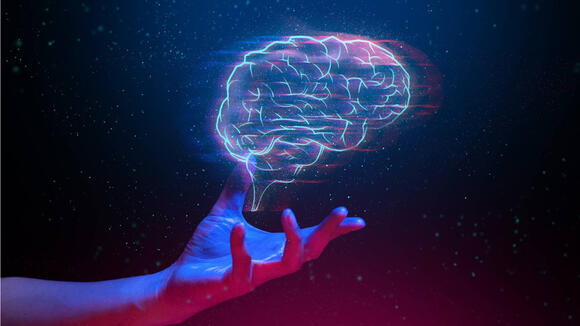 Ever felt like you weren’t smart enough because you struggled with a math problem or couldn’t write a perfect paper?

As it turns out, there’s far more to being intelligent than academic smarts alone.

Did you know that there are nine different types of intelligence?

They were conceptualized by a developmental psychologist named Howard Gardner back in 1983 after he realized soft skills were better labeled as intelligence types. Without a doubt, this means that you are indeed intelligent in some way.

We all have strengths in different areas. However, it’s up to you to hone in on that potential. After all, talent is intelligence combined with effort!

As the name suggests, naturalistic intelligence means you have a great connection to the natural world.

Whether you love identifying plants, inspecting rock configurations, connecting with animals, or going on camping trips — you have a natural affinity for the outdoors.

Compared to your peers, you might be more nature-smart than they are. You’re also more sensitive to subtle changes in nature and the environment around you.

This type of intelligence lends itself well to farming, cooking, botany, biology, and the veterinary field.

Do you have the ability to easily recognize tone, rhythm, timbre, and pitch?

If so, you are music smart. You have a way with a sound that others around you cannot comprehend as easily. That joins you with those who end up enjoying rewarding careers as musicians, composers, conductors, and performers.

If you find yourself frequently tapping, singing, or doing any other activity that demonstrates a rhythmic and melodic inclination, the musical arts is your most natural path.

If you’re more of the latter, you’re most likely a number or reasoning smart individual. This means that you probably love solving problems in logical ways and recognizing relationships and patterns that can help you carry out mathematical operations.

People with this type of intelligence are drawn to thought-provoking logic puzzles, strategic games, and other activities that force them to think and reason. And these folks often become detectives, scientists, and mathematicians.

Have you ever stopped and wondered what it means to exist?

Have concepts such as the meaning of life and death ever crossed your mind?

If engaging in deep thinking appeals to you and you’re okay with not having clear answers, you have an existential intelligence that many others are not capable of.

For you, everything in life might become an intriguing question that requires you to think beyond the limits of life and death.

As a life-smart person, you’re able to think much more spiritually, morally, and philosophically than the average population. And you may find your calling in the field of science, physics, cosmology, or spirituality.

Would you consider yourself the life of the party or someone who has a ton of friends?

If so, you’ve been blessed with interpersonal intelligence. It’s characterized by a seemingly effortless ability to get along with people. No matter who you’re interacting with, you probably give off a charismatic attitude that makes you likable and easily understood.

This extends beyond verbal communication to your gestures, facial expressions, and ability to interpret reactions and ideas from other points of view.

As a people-smart person, possessing this talent makes you naturally suited for a role with consistent interpersonal interactions such as working as a teacher, a social worker, a politician, or even an actor.

While some people can gain enough mastery of their bodies to become ballerinas, others can’t even dance to save their life. If you have bodily-kinesthetic intelligence, you can move your body in fluid and graceful motions that make you a good fit for many physical skills and professions.

Without even thinking, your mind and body can effortlessly connect. You have an almost perfect sense of timing, and you are skillful at manipulating objects. Body-smart people are naturally drawn to dancing, athletics, artisanship, surgery, or other professions that require exceptional mind-body coordination.

As a linguistically intelligent person, your talent lies in crafting words and manipulating language to make yourself best understood.

In addition, you can eloquently express ‘ideas and complex meanings’ in a way that can make sense to an average person. Because communication is an essential part of life, this intelligence type is no doubt important.

And word smart people are typically good at reading, writing, telling stories, and memorizing words along with dates.

If you possess this intelligence, you could be a journalist, a public speaker, a writer, or choose any profession that involves writing and speaking.

Some people are not able to figure themselves out, no matter what. But having this type of intelligence allows you to use what you have learned about yourself to guide your life.

You’ll also gain a better understanding of human nature in general, and you can help those who are clueless in structuring their personal lives. Many self-smart people end up becoming successful psychologists, therapists, writers, and lawyers.

Having visual-spatial intelligence means that you can view the space around you in ways that most people can’t. You are also very much aware of your surroundings and have a keen sense of direction.

As a picture-smart person, you have the ability to see through a three-dimensional lens and imagine many useful applications and projects.

Creativity goes hand in hand with such intelligence, and your talents can manifest themselves in architecture, painting, sculpting, metalwork, and other professions that involve spatial reasoning.

Perhaps you can breathe a sigh of relief in knowing that although you might not be the best at calculating a math formula, you are still uniquely intelligent and gifted in your own special way.