Why I Think Overpopulation Is Not The World's Problem 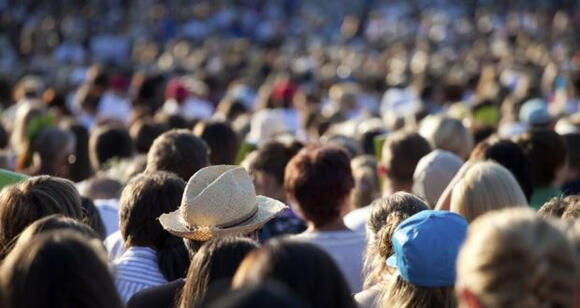 Since 1800, the global population has risen from just 1 billion humans to over 7.8 BILLION in 2020. And still, over four babies are born every second. That’s around 390,000 new humans a day! So, on a planet with dwindling resources and an increasing strain on natural systems.

Is curbing our booming population the key to solving our environmental woes?

Mathematically, we know that more people means more demand for Earth’s natural resources. It can be simplified into this equation: population times affluence times technology equals impact on the environment.

So, the basic argument that fewer people would mean fewer greenhouse gases, less pollution, less habitat destruction makes logical sense. But only on the surface. Because notice that another key variable in the equation is Affluence. The more money populations have to burn, the more fossil fuels are burned along with it.

In 2018, just North America and China were responsible for almost half of the world’s CO2 emissions. These are also the countries with the highest concentrations of the world’s wealthiest people. And get this — their populations are living longer and having fewer babies, so their population growth is slowing down.

By contrast, the poorest half of the world — where most global population growth is currently concentrated — produces only 10% of the world’s CO2 emissions. These populations typically lack the technology and wealth that result in high energy expenditure, increased industrialization, and pollution.

So, in climate change projections that take these imbalances into account, it’s been shown that redistributing wealth — so, reducing both extreme wealth and extreme poverty — has as much impact on carbon emissions as reducing the overall population would.

Let’s continue taking the climate crisis as our example. The idea that fewer people equals less climate change works in theory — but in practice, calculations show that’s not the case.

Even in projected scenarios where a reduction in population does make a difference in emissions, it’s not enough of a difference to affect projected temperature rise.

To put it bluntly, no amount of population reduction would achieve the reduction in emissions necessary to keep global warming below 2 degrees Celsius in our near future.

You may have also heard that ‘Just 100 companies produce 71% of the world’s emissions.’ And this is true, but if you take a closer look at that list, you’ll find that those companies are oil and gas conglomerates, and eight of the top ten aren’t even companies.

They’re either fully or partially state-owned oil and gas entities in places like China, Russia, Iran, and India. And that same report goes on to say that 90% of all of the emissions from those 100 companies actually come from “downstream combustion of coal, oil, and gas for energy purposes.”

That’s the energy we use — everywhere around the world — to heat our homes, fuel our transport, produce our goods…all provided by those 100 companies.

If we take all this information together, it boils down to this core idea: it’s not huge populations that are making the difference, it’s huge resource usage.

And this huge resource usage isn’t coming from TONS of people…it’s coming from relatively few. So, it seems the thing that would make an actual difference is not a reduction in population, but a radical shift in the way we as a species use and share resources. And at the root of it, change what resources we’re using.

For example, the U.S. lowering its carbon usage by a third of what it is today would have a greater impact than reducing the U.S. population by 100 million people.

So, why is population restriction such a popular go-to argument for how to tackle environmental problems like the climate crisis?

Realistic solutions for population stabilization and resource redistribution involve long-term plans like improving gender equality in the form of women’s access to education and family planning.

We should always be asking, who benefits from an idea that’s not necessarily based on logic. For those who say population reduction is the solution to our problems, whose population are they talking about reducing, and for what purpose?

Historically, this argument has been used by those who have an agenda to fulfill an agenda much more often driven by things like classism, racism, or xenophobia than in actual fact especially when the real solution is redistribution of wealth, as well as rethinking our use of natural resources — natural resources that currently make a very small percentage of people very rich.