How Marketers Psychological Manipulate Us in Advertising 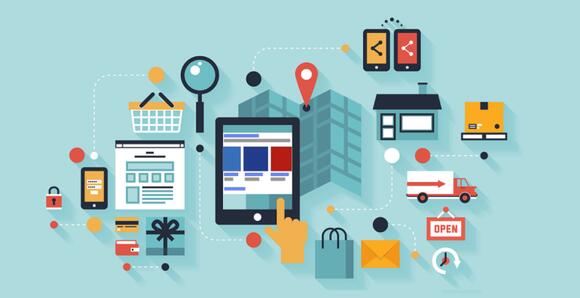 Every advertisement changes our opinion on the brand or product. You may see some advertisements where you think “why would anyone decide to buy this product after seeing this”, but the purpose of advertisements is no longer to have the consumer immediately pick up the phone and buy the product.

The purpose of these advertisements is not to inform the consumer about the product and its features. The reason companies like McDonald's, who have almost universal recognition, still advertise is because they are trying to build an opinion and corresponding “brand image” in their consumers' minds.

There are two main psychological methods that marketers use nowadays for their advertisements.

These are those minimalist, bare-bones advertisements that make you scratch your head and wonder why the company would spend thousands of dollars on them. It’s because everybody is more comfortable in groups.

If one line at the bank is considerably longer than the other, people will almost always go in the long line, because they think there must be a reason that people choose one line over the other.

By exposing the consumer to the brand, the consumer starts to feel like they know it. Because of this, when the consumer goes to the store to buy detergent, they can reach for Tide and be comfortable in this decision.

A greater example of this phenomenon is painkillers and other over-the-counter drugs at the pharmacy. The generic brand drugs are the exact same product as the name brand, with the exact same composition of ingredients.

If they had a different composition of ingredients, they would not be allowed to be called the same drug.

Advil and generic ibuprofen are the exact same product, with the exact same composition, but still, people will buy Advil despite its steeper price. It’s just easier to choose what everybody else chooses. The consumer tends to be anxious to buy the cheaper, generic brand drug.

Does this mean that you should always buy generic brand drugs?

Well not necessarily. In a study by the University of Cincinnati, Parkinson’s disease patients were given two drugs, one of which they were told was a more expensive, name-brand drug, the other being a less expensive, off-brand drug.

After taking the supposedly more expensive drug, the patients had a 28% greater increase in motor skills than after having taken the supposedly cheaper drug, while in reality, both the injections were just saline solution.

The expectations were higher for name-brand drugs, therefore the patients felt better because of a placebo effect. So sometimes spending more will make you feel better.

The idea behind this technique came from a study done by Russian physiologist Ivan Pavlov in the 1890s.

Pavlov noticed that his dogs would start to salivate whenever he would enter the room even if he didn’t have food. This was because the dogs had an expectation that they would receive food when Pavlov came into the room because every time he did have food he would walk into the room.

Pavlov decided to start ringing a bell whenever he gave food to his dogs, and after a while, the dogs would, whenever they heard the sound of a bell, start salivating.

The same psychological principle works with humans. Brands will try to have certain feelings, reactions, or images associated with their product.

If in their advertisements they show certain images in conjunction with their product, the consumer will subconsciously relate the images to the product. The best part of this technique is that it always works. No matter how much you try to block out the advertisements, as long as you see them, you will start to subconsciously relate the two images.

Car brands are the biggest culprit of using this sneaky technique. Their advertisements rarely have anything to do with the actual car, but rather about someone driving the car.

Luxury car brands will show people in black tie pulling up to a red carpet event, while SUV advertisements will show some adventurous-looking couple with kayaks and bikes in tow driving on some dirt road. At this point, you’re barely buying a car, but rather a lifestyle.

You’re buying into the image of being someone that goes to black-tie events or spends their weekends being adventurous.

The car barely matters at that point, it’s the image that you’re buying. Perhaps the greatest advertising success in recent memory is the Beats headphones brand.

Beats control 27% of the $1.8 billion headphone market, despite making, what are generally agreed upon to be mediocre sounding headphones.

The New York Times reported that the actual manufacturing cost of Beats headphones, which sell for upwards of 250 dollars, is about 14 dollars.

The reason Beats are considered such a premium product is because of their marketing and brand image.

From the beginning, Beats spent a huge amount of money to pay for celebrity sponsorships. All the most famous athletes were wearing Beats in their interviews, so the consumer started to get the idea that these are were fashionable, high-priced headphones.

The high price; solid, heavy materials; sturdy packaging; and celebrity endorsements all raised people’s expectations, and likely psychologically made the headphones sound better, just like with the name-brand medicines.