Welcome to Ina Eats In! I have a passion of creating delicious recipes and more importantly, sharing them with loved ones. I invite you to follow along my delicious journey so you never miss a bite!

I prefer homemade Boston Cream Doughnuts over store bought because store bought doughnuts are way too sweet for me. In fact, it's been years since I've had a store bough doughnut. Making them at home, on the other hand, that's a different story. I do like to make homemade doughnuts every now and then and this recipe never fails me. This recipe for homemade Boston Cream Doughnuts is very detailed but easy to follow so don't feel intimidated. I can assure you that once you make these once, you will find satisfaction in making them as well as indulging in them because they are just so scrumptious!

Remember, one step at a time and you cam add "Boston Cream Doughnuts Maker" to your resume. :)

The steps in making these doughnuts at home requires 3 components:

This might seem like a lot but please trust me. Once you read through the steps carefully, you WILL have successfully made homemade Boston Cream Doughnuts. Now lets get to it, shall we?!

First, Make your Boston Cream - it needs to cool while you make your doughnuts.

Boston Cream is essentially pastry cream. This is made of 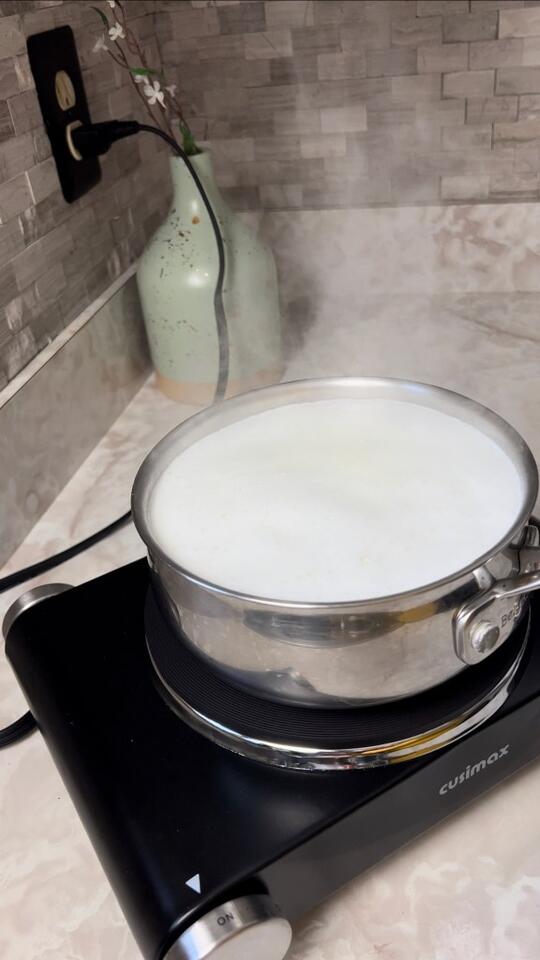 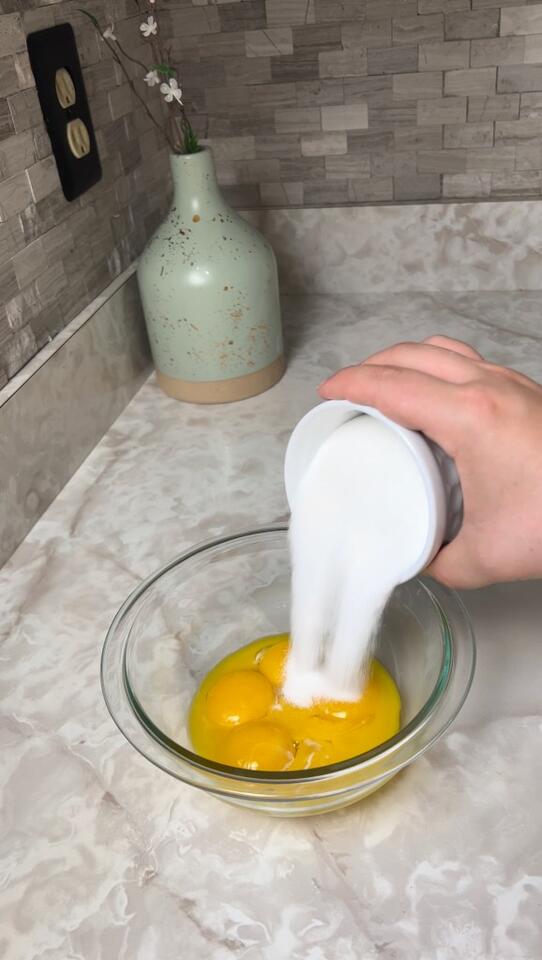 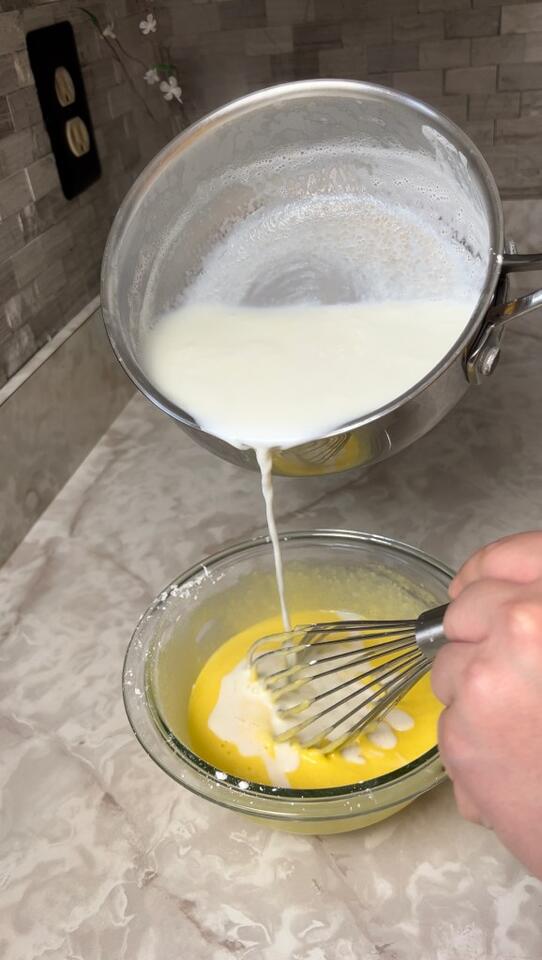 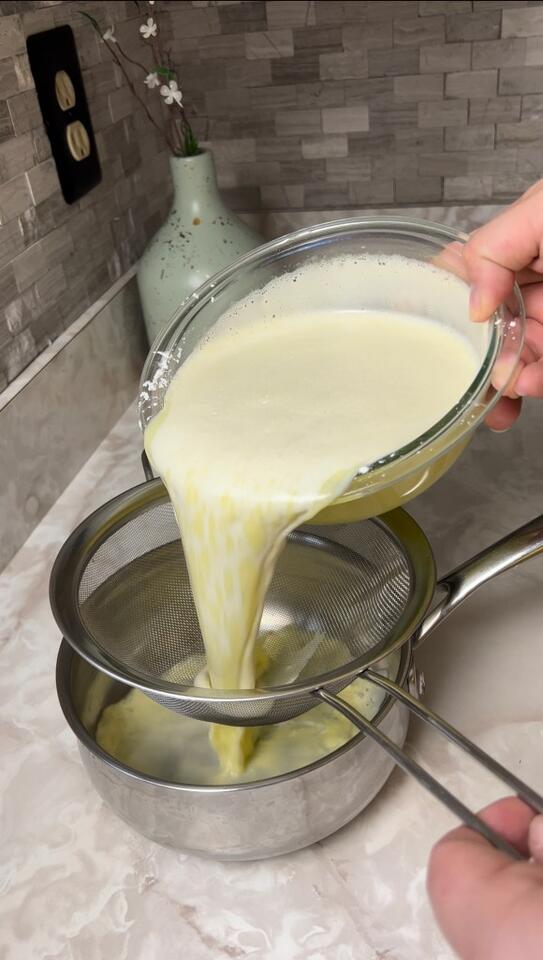 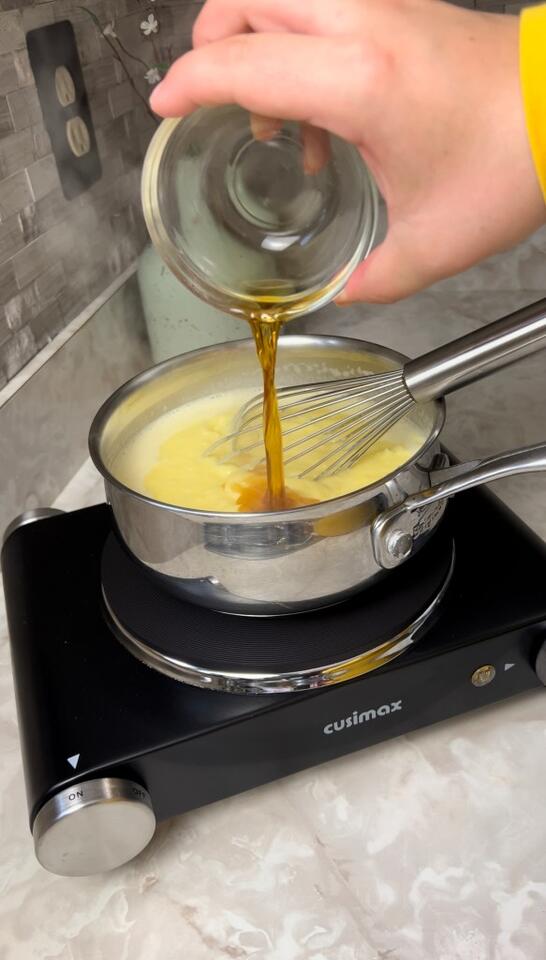 Second, Make the Doughnuts - yes, they are from scratch but so easy. Take a look..

The last component to making Homemade Boston Cream Doughnuts is the chocolate ganache. This requires only two ingredient:

How to store Boston Cream Doughnuts.

Well, if these delicious doughnuts make it that far, they can be refrigerated for up to 5 days in an air tight container.

* As doughnuts fry, the temperature of the oil will change. Try to keep the oil temperature to 375F, adjusting the heat as needed.

Welcome to Ina Eats In! I have a passion of creating delicious recipes and more importantly, sharing them with loved ones. I invite you to follow along my delicious journey so you never miss a bite!

More from Ina Eats In

This post contains Amazon Affiliate links. No-Bake Mini Biscoff Cheesecakes are a delicious dessert for all you cheesecake lovers. They are made of a thick and buttery Biscoff cookie crust. The cheesecake filling is creamy and velvety rich. Finally, the mini cheesecakes are topped with a drizzle of Biscoff cookie butter. This recipe does not require baking and they are single serve – making them easy to put together, serve, and enjoy.

This Biscoff Icebox Cake is rich, creamy, and comes together in just minutes. The creamy mousse softens the Biscoff cookies, giving you incredibly tasty dessert that does not require baking. Using Lotus Biscoff cookies and Biscoff cookie butter, you'll have a delicious dessert in no time.

This post includes Amazon Affiliate links. These savory Cheddar and Chives scones are have a flaky inside and a have a crumbly, melt in your mouth outside with the perfect flavor of chives and bits of sharp cheddar cheese.

The Strawberry Kiwi Cake recipe that everyone needs

This post includes Amazon Affiliate Links. If you are looking for the perfect summer fruity dessert, this easyStrawberry Kiwi Cake is just what you need! The base is vanilla cake,layered with a Mascarpone whipped frosting, and topped with freshly chopped juicy kiwis and strawberries.

This post contains Amazon Affiliate Link. I love an easy protein side dish packed with flavor and these Oven Baked Chicken Drumsticks are exactly that. This recipe takes only about 5 minutes of preparation work and the rest is baking with flavor you will never forget.

These appetizer taco bites are balls of dough (made with 2 ingredients) filled with cheddar cheese and taco meat– baked to perfection. If you have to pick one thing to bring to a party, I hope you choose these appetizer taco bites. You can never grow wrong with taco meat, carbs, and cheese because even the pickiest of eaters will be all over them!

Chick-fil-A Made Me Sad

I never was a fast food fan and I don't expect to become a huge fan at this point in life. When I cook, I almost always have leftovers and my kind of fast food would be home cooked left overs. However, I do like to try new places every now and then and this time, it just so happened to be Chick-fil-A on Marketplace Dr in Henrietta, NY.

This post contains an Amazon Affiliate link. Who doesn't love a freshly baked and puffy eclair!? Especially when it's freshly baked in the comfort of your own home. This recipe is a family favorite that I have grown up to love and tastes just like grandma's house every single time. The best part is that it's easy enough that anyone can make!

This post contains Amazon Affiliate links. All the chocolate lovers reunite right here. Right now. This EASY No Bake Chocolate Mousse Cake is made up of an Oreo crust with a subtle crunch topped with silky smooth chocolate mousse with a rich chocolate flavor.

This post contains Amazon Affiliate links. A delicious chocolate yogurt tart made of chewy banana and oats crust and a 3 ingredient chocolate yogurt filling!. When I came up with this idea, I wanted a dessert that was very basic and included ingredients that I felt good about. It lead me to experimenting in the kitchen and the result was delicious! It is a great addition to your next brunch party or even for dessert after dinner. To me, the crust tastes like a chewy oats and banana cookie and the chocolate yogurt filling tastes like a lighter cheesecake. If you're a fan of the combination of chocolate and banana, you will love this recipe!

This post contains Amazon Affiliate links. This Pork Tenderloin with Mushroom Madeira Sauce recipe screams flavor, and is surprisingly easy to make in only one pan! The pork tenderloin in this recipe is flavored to perfection with a Dijon mustard rub. Trust me, it’s absolutely divine! This gives the pork tenderloin a very flavorful crust. It is first pan seared, then oven roasted for only 20 minutes, resulting in a delicious crust and a tender and juicy center. The dish is finished off with an incredibly easy Mushroom Madeira sauce that is made in the same pan! You will feel as if you are eating at a 5-star restaurant with minimal clean up in your kitchen!

These Homemade Pork Gyros are the closest that you will get to authentic gyros. Perfectly seasoned and cooked pork wrapped in soft pita bread is just the start. The real game changers in the gyro are the tzatziki sauce and french fries.

The article below contains Amazon Affiliate links. Italian Tiramisu is a a no-bake dessert with a light and creamy texture infused with an explosion of coffee and rum flavor. This cake is easy to make and is made up of Lady Fingers dipped in a coffee and rum syrup, layered with a smooth and creamy Mascarpone filling. The best part is that there is no baking required and it is a great make-ahead dessert for any occasion.

Baklava please!!! This Rolled Baklava recipe is from my mother herself and it is hands down, the best rolled Baklava I have ever tried. It is crispy on the outside, crunchy on the inside, and infused with a vanilla lemon flavor. Trust me, the hints of vanilla and lemon in my mom's recipe, makes this recipe different than the rest and I think you will love it too!

How to make burger buns at home

These cookies are all the pumpkin spice flavor and the chocolate is the cherry on top. A chewy cookie with so much flavor, it will make your day complete. In a medium bowl, whisk the melted butter, brown sugar, and granulated sugar together until smooth and free of sugar lumps. Add in vanilla and pumpkin and mix until evenly combined. Set aside.