Opinion: Boston’s Off-Season is Off to a Shaky Start 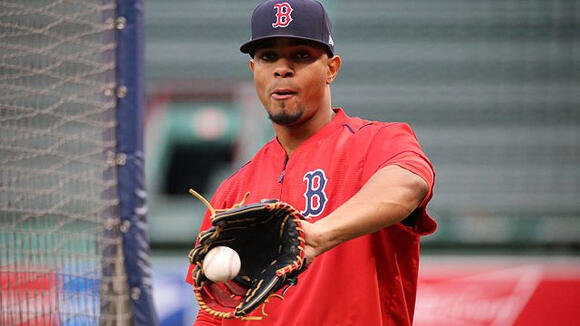 Xander Bogaerts? Still unsigned. Rafael Devers? No extension yet. The rest of the roster? Hardly improved.

Boston’s front office has made a shocking lack of progress in addressing the team’s numerous needs over the last two months. All they have to show for it are a couple of minor moves for utilityman Hoy Park and lefty reliever Joely Rodriguez, neither of whom are going to move the needle for a last-place (or any-place) team.

The Bogaerts situation continues to hang over the team like a dark cloud and only seems to be deteriorating by the day. Several teams have announced their interest in the four-time All-Star, so his price tag is surely going up. There was even a rumor floating around last week that Bogaerts had cut ties with the Red Sox. While that has since proven to be untrue, it’s a concerning development nevertheless for his former employers, who clearly aren’t close to reaching a deal with their franchise shortstop anytime soon.

The Devers extension talks have also stalled. The Red Sox seemed to be making good progress there when they visited Devers in the DR for his birthday shortly after the season ended. Things have gone mostly quiet since then, however, as the two sides are still nearly $100 million apart.

The Red Sox’s inability and unwillingness to sign their own players remains incredibly frustrating and has been an organizational blind spot for years. Their failure to retain Jon Lester, Mookie Betts and others still haunts the franchise to this day.

The team’s lack of progress with the left side of their infield would be less discouraging if they were making big moves elsewhere to shore up the roster, but they’re not. They whiffed on their top external target, Jose Abreu, watching him sign with the Houston Astros instead. They’ve now pivoted to Mitch Haniger, who’s going to be 32 next season, is coming off a down year and has missed extensive time with injuries throughout his career. Aaron Judge he is not.

As for the pitching staff, the Red Sox have made it clear that they’re not going to pursue any of the high-end starters or relievers on the market this winter. While that’s a defensible position – most of them are old and expensive, after all – they do desperately need pitching help if they want to contend next year and have to acquire it somehow.

And that’s what’s made this off-season so frustrating for Boston fans so far. The team has roughly $100 million to spend, but they haven’t spent any of it. They have prospects to trade after years of restocking the farm system, but they haven’t traded any of them. Instead, they just continue to do…nothing.

This has been a major criticism of Chief Baseball Officer Chaim Bloom, who is now in his fourth off-season at the helm. He’s deliberate and methodical to a fault, keen on exploring all options but rarely settling on one. It’s a major departure from his predecessor, Dave Dombrowski, who aggressively went after players he liked and acquired them at any cost. When there were holes to be plugged, he fixed them, typically with the best option available. It was an expensive strategy, to be sure, both in terms of payroll and prospects, but it was also highly effective.

Bloom seems to lack that same killer instinct. He’s been more reactive than proactive throughout his Red Sox tenure, often making moves only when they fell into his lap. The Kyle Schwarber trade, Trevor Story signing and Eric Hosmer trade are all notable examples. He’s been more comfortable tinkering around the edges of the roster and playing in the shallow end of the free-agent pool rather than wading into the deep end, stocking his team with reclamation projects and bargain-bin finds rather than All-Stars. No wonder they’ve finished last twice in three seasons under him.

This is a massive off-season for the Red Sox, not just for Bloom but for the franchise as a whole. For the first time since he got here, Bloom has the freedom to construct the roster as he sees fit now that most of the Dombrowski-era holdovers are gone. If he fails, it could take years for the team to recover, and by the time they do he’ll be long gone.

Tyler Maher is a Content Editor for The Duel who really hopes Chaim Bloom knows what he’s doing.

I recently read “Field of Schemes” by Neil deMause and Joanna Cagan, which delves into the decades-long grift wherein billionaire owners bilk municipalities out of billions (it used to be millions) of dollars by having them finance stadiums under the threat of relocation. I read that book after reading Dan Moore’s terrific piece in The Ringer, in which he discussed how Camden Yards “forever changed professional sports.” In the article, Moore stated:

Not Even The Red Sox’s Farm System Can Save Them

The Boston Red Sox got some horrific news last week. No, Chris Sale didn’t fall off his bike again, nor did another star player leave for nothing. No, the news was much worse than that. Keith Law released his annual farm system rankings at The Athletic, and he had the Red Sox ranked 23rd. Not only does he have them behind every other team in the AL East (yikes), but he also put them only one spot ahead of Dave Dombrowski’s Philadelphia Phillies.

As a rabid Braves fan since 1957, I have seen the team play in Milwaukee County Stadium, Atlanta Fulton County Stadium, Turner Field, and Truist Park (nee Sun Trust Park). But I truly have regrets about missing games in Braves Field, home of the Boston Braves from 1915-1952.

Who really belongs among next year’s new eligibles for the Hall of Fame?

Very well, I surrender. Since it seemed half or more of baseball world couldn’t wait to start speculating on next year’s Hall of Fame class—it took, oh, about five seconds after Scott Rolen was elected during January’s final full week—I might as well join the fun. (Don’t go there: Rolen’s the number ten third baseman, ever, says Baseball Reference, and say I.)

Had he not passed away two years ago, Hank Aaron would have turned 89 tomorrow. Ironically, he was born only one day ahead of Babe Ruth, whose long-standing career home run record he topped on April 8, 1974.

On This Day In 1999, The Marlins Made Their Greatest Trade Ever

Greatest trade in team history? It’s a bold claim to make, whatever the team under discussion may be. There’s a lot to consider. A lot of history to sift through. For the Miami Marlins though? It’s a no-doubter when it comes to naming the trade worthy of the title. It also happened 24 years ago to the day on February 1, 1999.

The Colorado Rockies Have Been Busier Than You Think

It is incredibly easy to dunk on the Colorado Rockies, and fun too. The Rockies play on a mountain unto themselves, literally. Nestled a mile above sea level, the confines of Coors Field harbor one of the more baffling and sometimes irritating teams in all of baseball. Entering their 30th season, the Rockies have yet to win a division title and have made the playoffs just five times, most recently in 2018. Rebuilding is not in their copy of Webster’s Dictionary, instead, they opt for a perpetual state of mediocrity under the guise of contention.

Kim Ng, the only female GM in the major leagues, is making her mark with the Miami Marlins. But she faces the double whammy of tight purse-strings and a division dominated by three juggernauts: the National League champion Philadelphia Phillies, the 101-win New York Mets, and the Atlanta Braves, seeking their sixth consecutive division title — the longest active streak in the majors.

Offseason evaluation of the Detroit Tigers

It has been a relatively quiet off-season for the Detroit Tigers. The biggest change for the team has been in the “behind the scenes” areas starting with the hiring of Scott Harris to be the new President of Baseball Operations. While many fans were hoping the Tigers would jump into the free-agent frenzy, they have been pretty conservative in both their signings and trades so far.

No…not THAT season, the one with the fat dude, the wee folk, flying mammals, free stuff, and football on every network. No, that season has passed into memory, gone at least until next Halloween.

Less than an hour after this year’s Hall of Fame results were broadcast on MLB Network Tuesday, the New Jersey chapter of SABR held a no-holds-barred Zoom roundtable to discuss who was overlooked — not only by the baseball writers but also the various veterans (oops, eras) committees.

Scott Rolen And The Broken Hall Of Fame

Scott Rolen was announced Tuesday as the only member of the 2023 Baseball Writers’ Association of America Hall of Fame class, garnering 76.3 percent of the vote and getting into the Hall by just five votes.

On Saturday the news of the death of legendary Oakland (and Kansas City) A’s third baseman Sal Bando broke. Coming on the heels of Ray Fosse’s passing in 2021, it was another tough day for A’s fans.

Cal Ripken, Jr. did it first: Rookie of the Year one year and MVP the next. The future Hall of Famer did it while playing for the Baltimore Orioles in 1982 and 1983. Ryan Howard (Phillies) followed suit in 2006, winning the MVP trophy a year after taking top rookie honors and becoming the first National Leaguer to do that.

Cardinals’ Lars Nootbaar is Ready to be Breakout Star

It wasn’t all that long ago that St. Louis Cardinals’ outfielder Lars Nootbaar was just another one of those Cardinals prospects who flew under everyone’s radar, but soon became a cult favorite among the fanbase. Now entering the 2023 season, Major League Baseball is taking notice of the potential Nootbaar possesses.

The World Baseball Classic is neither. It doesn’t involved the whole world, does include entities that aren’t actually countries [Puerto Rico is a U.S. territory], and presents the biggest conflict of interest in baseball history.

On July 11, 1954, between games of a doubleheader featuring the Boston Red Sox and Philadelphia Athletics, rookie pitcher Bob Trice walked into A’s manager Eddie Joost’s office in the locker room at Connie Mack Stadium and made an unusual request.

Since the weekend editions of Here’s The Pitch invariably include two feature articles, it took a little longer to find five 2022 pieces that most deserved reprinting. Subject matter varied widely, from Charlie Finley's cousin to the resurrection of a moribund ballpark that once housed Negro League greats.