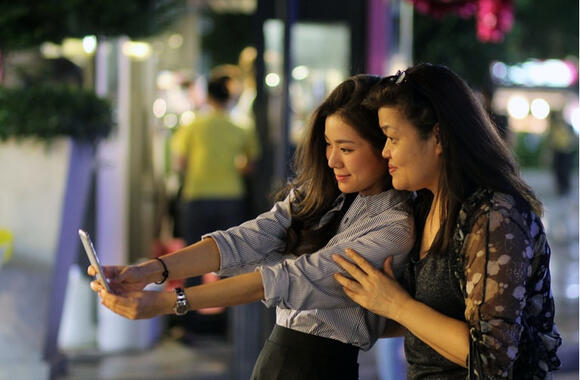 DETROIT, MI - The Motor City is the largest and most populous city in the state of Michigan, having famous counties come along with it. Metro Detroit or the metropolitan area alone is home to 4.3 million people.

Regarded as a major cultural center, Detroit is no stranger to music, art, architecture, and design, along with its automotive background history. But behind all that, there are counties that make Detroit what it is today. Here are the major counties in the Motor City and things you could do there.

Wayne County’s population is estimated to be 1,749,343 in the 2019 census, making it the most populous county in the whole of Michigan and the 19th-most populous county in the United States. The county was named after Anthony Wayne, a general from the Revolutionary War. The majority of the county runs south along the Detroit River. The large region of Wayne County is enriched with Mexican, Arab-American, Polish, and Italian neighborhoods. Experience Wayne County’s Middle Eastern culture in Dearborn and treat yourself to boutiques and restaurants downtown. Schedule your next stop to the notably charming Wyandotte and Trenton downtowns with parks along the waterfront, and you will find Grosse Pointe just up north of the water.

Three sides of Michigan are surrounded by the Great Lakes, it’s no surprise that Detroit’s most famous attractions involve water. Metro Detroit is open to two lakes, Lake Erie, another one in Macomb, Lake St Clair. Along the lake in this laid-back region are reserved with parks, restaurants, and bars for your lazy afternoon.

You might be familiar with this county for Detroit Zoo. But if lazy afternoons is not your cup of tea and you’re more of a shop-till-you-drop type, then schedule a stop at Twelve Oaks Mall in Novi. There you will be introduced to big-name brands and independent boutiques. After that, stop by Oakland’s finest restaurants and nightlife experience. The county is also home to the City of Ferndale. Click here to see what you can expect there!

Get to know Detroit Fleat, a famous food truck park in Ferndale

Recommended hard ciders in Detroit you should try

DETROIT, MI - Cider mills and everything that come with them is the best part of fall, especially in Detroit. If you are a fan of hard ciders, these are some recommendations where you can get hard ciders in Detroit.

Detroit, MI - This reading is made for women who are planning to spend their vacation in Michigan. If you are a beginner and are going on vacation in Michigan with your friends, this will be perfect for you. The reason is, i will give you ideas for you to plan your shopping activities.

Folklore to tell when you camp in Michigan

DETROIT, MI - Camping is a very fun activity. You can gather together. Spend a fun time all day till night with a bonfire. It is customary for campers to make bonfires at night, sit around the campfire, and exchange stories.

Halloween is coming soon for Michigan!

DETROIT, MI - Halloween is approaching quickly, so let's celebrate by dressing up in the most unusual and terrifying costumes we can! What character would you like to make your Halloween costume concept based on? What kind of terrifying characters would you dress up as?

DETROIT, MI – Detroit’s population has been declining over the past 10 years, with an almost 16 percent decrease in Black residents, according to 2020 census data. The new data, as refuted by many Detroiters, might be distorted due to an abnormal count during the pandemic.

DETROIT, MI – The Henry Ford Museum of American Innovation in Dearborn, Michigan, is opening its doors to visitors as it displays its latest collection, "What We Wore: Unpacking a Trunk," from August 21 to December 5, 2021.

Where to get the best authentic Chinese cuisine in Sterling Heights

STERLING HEIGHTS, MI - Sterling Heights is a wonderful place to be for those who love Chinese food. We’ve compiled the best restaurants in Sterling Heights that serve a wide variety of Chinese cuisine - mainly traditional ones - to make it easier for you to choose where to get lunch or dinner from.

ROOST Apartment Hotel to launch at the Book Tower

DEARBORN, MI - The Dearborn Recreation & Parks Department offers residents of all ages the opportunity to enjoy both active and passive leisure pursuits. They also partner up with various organizations to provide the opportunity for the youth to participate in programs at a reduced cost to the taxpayer.

ANN ARBOR, MI - You may think you have seen everything Ann Arbor has to offer, but the truth is, you probably haven’t if you have yet to tick High Five Pedal Tours off your list. Pedal through the city with thirteen other people, during which you will stop by at the local businesses that reflect Ann Arbor’s culture and history.

Detroit ACE to start a workshop series for creative workforce

Stylish hotels to stay in Detroit

DETROIT, MI – If you're looking for accommodation for your trips to Detroit or simply in the mood for some staycation, check out these three sophisticated hotel options. 1400 Woodward Ave, Detroit, MI 48336 | (313) 251-5321.

An impressive September plan in Detroit

Detroit, MI - Working almost a full week makes people bored with routine. A vacation should be enough to refresh the brain, but there is no need to go far to refresh our minds. Just needing to come to events sometimes is enough for some people. They prefer to explore the world they are in because their time is limited.

What should a tourist do when they come to Detroit

Detroit, MI - Maybe not many people know Detroit well. Detroit is not one of the most desirable cities in the United States, but that doesn't mean there aren't people interested in Detroit or Detroit is not an unattractive city to visit.

Detroit, MI - Not many people know that Detroit gave birth to many artists or famous people who have gone global. It may sound tacky but having someone successful from our hometown is an honor in itself. Some of them are artists, singers, songwriters to politicians. Who would have thought that they were people born in your area, right?

Have you ever heard of MSVMA? MSVMA stands for Michigan School Vocal Music Association. At MSVMA there are many events held and usually the majority of the music events are choirs. Are you interested in the chorus?

MACOMB, MI - Crime against our elders has alarmingly gone up over the past decade. On August 25, Macomb County Prosecutor Peter J. Lucido announced that he is offering “No Excuse for Elder Abuse” presentations, in hopes to spread awareness to seniors and their loved ones through community-based presentations from the Chief Assistant Prosecuting Attorney of the Senior Crimes Unit and other Senior Crimes Unit staff.

MACOMB, MI - Macomb County announced the return of the Macomb Business Award this year. After its cancellation last year due to COVID-19, Macomb County decided that on September 16, it will celebrate local businesses for their innovations, their resilience, and their generosity.