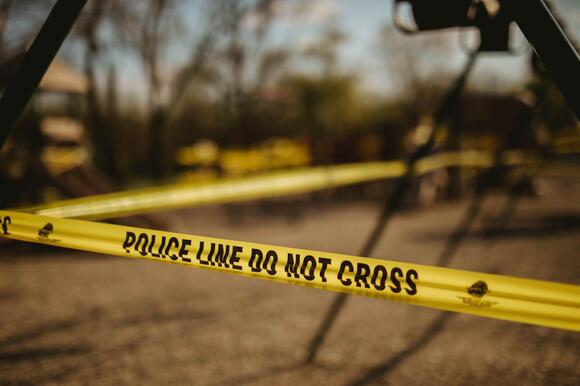 According to police, the shooting happened at approximately 1 a.m. Nov. 29 at an apartment near the intersection of Castle Rock Parkway and Castlegate Drive West. Investigators report two people were shot following a fight in a parking lot. One person died, and a second victim was transported to a local hospital with non-life-threatening injuries.

The Douglas County Coroner’s Office will release the deceased victim's name after notifying the next of kin.

Police interviewed witnesses and identified a suspect. They found Miguel Mercado, 20, of Castle Rock, in a vehicle at Wilcox and South Street intersection, where he was taken into custody without incident. Police state there is no further threat to the public.

Police also stated in social media posts Mercado possibly knew the victims, and his possible relationship with the victims is under investigation.

Anyone who witnessed this incident or can provide investigators with additional details is asked to contact the tip line at 720-733-3517 or CrimeTips@CRgov.com.

The investigation is ongoing and no further information is available at this time.

(Denver, Colo.) The Denver Division of the FBI warns the public that crypto's increasing presence in daily life puts more people in danger due to crypto-related scams and urges people to stay vigilant and take precautions when dealing with cryptocurrency.

Parker Police K9, handler strike a pose as thanks for ballistic vest

(Lone Tree, Colo.) The Douglas County Sheriff’s Office seeks criminals who allegedly broke into at least 20 vehicles at two Lone Tree apartment complexes on Jan. 30. According to the Sheriff’s Office it appears the team targeted Honda and Hyundai vehicles, entering the vehicles mainly by punching in door locks. The two apartment complexes are located along Park Meadows Drive in unincorporated Douglas County.

(Castle Rock, Colo.) A Castle Rock man faces felony charges after a Douglas County woman found a man in her home holding a tree branch. According to the arrest affidavit, Gregory Scott Allen, 57, is charged with first-degree burglary, trespassing in an inhabited building, and felony menacing for the incident, reported at approximately 6:50 a.m. on Jan. 18.

Half of DougCo’s unhoused population new to experiencing homelessness

(Douglas County, Colo.) The Metro Denver Homeless Initiative released preliminary data from the 2023 annual point-in-time survey, showing that Douglas County’s homeless population has remained similar to 2022. Still, many are experiencing being unhoused for the first time.

Heather Willard / NewsBreak Denver / Jan. 30, 2023. (Clear Creek County, Colo.) An attorney for Kyle Gould argued in court Monday that the ex-sheriff’s office sergeant should not be charged for any part he had in the shooting death of Christian Glass on June 11, 2022.

Heather Willard / NewsBreak Denver / Jan. 30, 2023. (Aurora, Colo.) An Arapahoe County jury convicted a 22-year-old man of killing one and injuring three others during an early-morning hotel shooting on Oct. 2, 2021, in the 12000 block of East Colfax Avenue.

Man sentenced to 25 years for assaulting woman on Aurora trail

Heather Willard / NewsBreak Denver / Jan. 24, 2023. (Aurora, Colo.) An Arapahoe County judge sentenced a man who violently attacked a woman on the High Line Canal Trail on July 11, 2020, to decades in the Colorado Department of Corrections.

Heather Willard / NewsBreak Denver / Jan. 23, 2023. (Highlands Ranch, Colo.) A trio of Colorado Court of Appeals judges ruled on Jan. 19 that commercial tenants who broke leases due to government-issued shutdown orders must pay up.

Heather Willard / NewsBreak Denver / Jan. 19, 2023. (Douglas County, Colo.) Two Colorado State Patrol vehicles, one in Douglas County and one in Adams, were hit by drivers within hours of each other during this week’s winter storm. No injuries were reported.