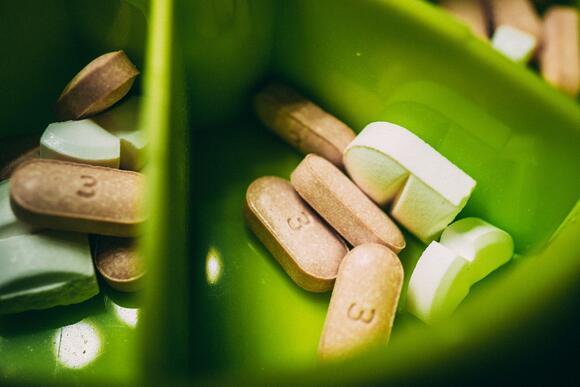 A daily dose of prescriptive drugs.Photo by Mika Baumeister on Unsplash.

The Sheriff’s Office and the Castle Rock Police Department will participate by holding take back sites in Highlands Ranch and Castle Rock. Residents can bring all unneeded or out-dated medication to the sites, protecting community members by reducing the amount of medication available in a community for potential prescription drug abuse.

Drug overdose rates across America have risen dramatically in the past year, with many experts attributing the rise to the inclusion of fentanyl in many opioid drugs sold on the street, and has also been increasingly found in non-opioid drugs to help drug dealers stretch their product across more customers.

Take Back days have been held for over a decade, offering citizens a way to safely rid their homes of unneeded medication that can become a gateway to addiction.

The DEA held its most recent Take Back Day on Oct. 23. During that event, 4,276 law enforcement agencies operated 4,982 collection sites nationally.

According to the DEA, 52 Colorado agencies hosted 80 locations during the October event.

Many agencies and businesses, such as pharmacies, collect medication year-round. A substance disposal location can be found at deadiversion.usdoj.gov/pubdispsearch. Take Back Day events are being planned across Colorado by many agencies. A site locator, found at dea.gov/takebackday, can be used to find nearby sites in any county or state.

(Parker Police Department) Heather Willard / NewsBreak Denver / Sept. 30, 2022. (Parker, Colorado) The 48-year-old Parker owner of Strength in Christ Athletes is under arrest for allegedly sexually assaulting a child as an adult in a position of trust.

(Douglas County, Colo.) Colorado teens are much more likely to report that they live with someone who has a substance use disorder or is addicted to alcohol or drugs than they were two years ago, according to a survey of 718 Colorado teens.

DougCo man pleads not guilty ahead of January murder trial

(E-470 Highway Authority) Heather Willard / NewsBreak Denver / Sept. 21, 2022. (Aurora, Colo.) An 11-mile stretch of toll-road E-470 near Denver International Airport will be under construction for the next three years, beginning this week.

Heather Willard / NewsBreak Denver / Sept. 20, 2022. (Centennial, Colo.) The Arapahoe County Sheriff’s Office is investigating an incident where several gunshots were fired into multiple Centennial homes on Sept. 18. No one was injured.

(Tom Blackout / Unsplash) Heather Willard / NewsBreak Denver / Sept. 16, 2022. (Aurora, Colo.) An 18th Judicial District Court Judge sentenced a man to six years in the Department of Corrections for unprovoked assaulting his roommate after accusing him of stealing his data.