Patrol: Over half of Colorado’s fatal teen crashes involved speed 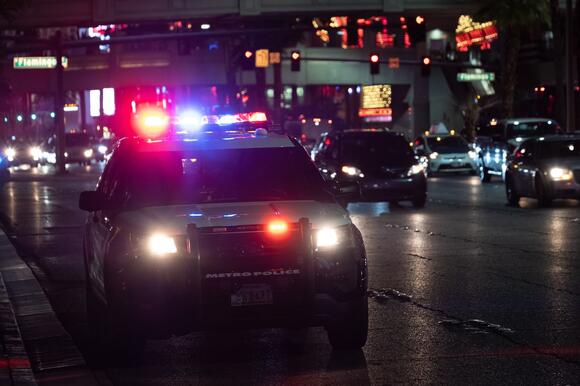 A police car drives at night.NeONBRAND on Unsplash.

(Douglas County, Colo.) The Colorado State Patrol wants teens to ease up on the accelerator. A new report shows speeding contributed to 57 percent of fatal crashes involving teen drivers between 2015 and 2019.

Colorado’s highways continue to be deadly for drivers of all ages. Traffic deaths across Colorado hit a 20-year high in 2021

In a 2021 report released by the Governors Highway Safety Association and Ford Motor Company Fund, Colorado had 213 teen fatalities between 2015-2019, and 57% were speed-related. Since the study concluded, the number of deaths on Colorado roads has gotten worse, with a total of 1,187 deaths reported to date (for drivers of any age) since the start of 2020.

“Some of the most heartbreaking crashes involve young drivers who thought that nothing bad could ever happen to them by driving a little faster and ignoring graduated driver’s license rules,” Packard said.

“A life full of potential doesn’t need to stop short on a roadway. Pay attention to what young drivers in your life are doing and be willing to take away the privilege of driving before the legal system has to do it instead.”

The Patrol urges teen drivers to slow down and “Don’t Chase Cool,” noting troopers issued 9,240 citiations for speeding to drivers 16-21 during 2021.. In addition to speeding, younger drivers also are more likely to drive distracted, follow too closely, make lane violations and fail to yield the right of way.

Nationally speed contributes to 27% of all fatal crashes involving teen drivers, according to the National Highway Traffic Safety Administration.

According to the Patrol, the five counties with the most speeding citations for drivers 16-21 are:

The State Patrol encourages parents to use an app or car tracking device for the first few years after a teen gets a driver’s license. Using the technology lets parents monitor speed, acceleration and braking.

Parents need to monitor teen drivers and talk with them to help curb bad behavior as the new driver gets more confident.