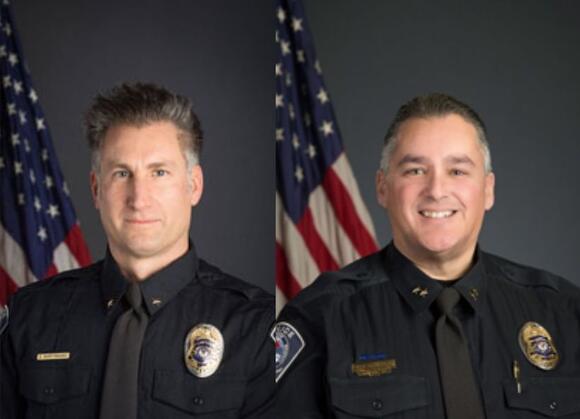 Martingano will lead the internal police force of 21 officers, in addition to contracted security and police officers, for an undetermined amount of time. According to an agency spokesperson, a time frame for recruiting a permanent police chief is unknown and will be discussed at an upcoming Board of Directors meeting.

RTD police face a plethora of issues, including looming issues of homelessness, drugs and gangs at the downtown Union Station.

Currently, the agency has increased sworn RTD police officer presence at the station. On Feb. 23, Denver Police, joined by Denver Sheriff Deputies, conducted the largest operation to date at Union Station. The operation led to 42 arrests of people who had outstanding warrants or had been observed engaging in illegal activities. At the time, the department reported arresting over 500 individuals at the location since Jan. 1, 2022.

The American Public Transportation Association provided RTD’s board of directors with an analysis of the agency’s public safety and security issues in a June 2021 report. It listed 57 recommendations, ranging from diversifying staff to expanding training for situations involving mental health and consolidating bus and rail dispatch.

RTD partners with Denver police to issue citations and make arrests in its stations, including Union Station. The report found “RTD security staff…may have more statutory authority and more enforcement power than it currently deploys and may not need to wait for DPD to respond in most instances.”

On Dec. 3, the agency shut the Union Station bathrooms in the bus concourse after testing found trace amounts of fentanyl on surfaces, Johnson said. According to an RTD spokesperson, the restrooms remain closed for redesign and construction with a goal to monitor and ensure safer restroom use.

Working with other agencies

RTD is meeting with the Denver Mayor’s office, the Denver Department of Public Safety and Amalgamated Transit Union 1001, among others, to address challenges.

The transit agency is working with public safety agencies to request area restrictions from the Denver City Attorney’s Office to bar habitual offenders who continue to commit crimes at Union Station.

RTD also installed new signs about banned behavior on RTD property and expanded its efforts to connect those experiencing homelessness and drug and alcohol addiction with resources, including hiring a full-time homeless outreach coordinator and maintaining a team of four mental health clinicians.

An RTD spokesperson said Tuesday they cannot provide details on personnel matters. Grado told NewsBreak he would be leaving the agency Friday but did not say why.

Grado began at RTD in 2010, when he was hired as a commander in the RTD Transit Police Division. He earned his degree in Criminal Justice from Pikes Peak Community College while serving as a Sheriff Cadet at the El Paso County Sheriff’s Office beginning in 1984, and was sworn in as a deputy in 1986 after completing his degree in addition to the courses at the Colorado Springs Police Academy.

The chief, who was named to his current position in July 2017, has completed a 32-year-career in law enforcement as of 2022. According to Grado’s biography on RTD’s website, he coordinated and oversaw the creation of a complex security model of over 600 security professionals.

According to his biography on the RTD website, Martingano began his law enforcement career in 1992 through an internship with the New York City Police Department (Police Cadet Corp) while attending St. John’s University.

After graduating with a bachelor’s degree in Criminal Justice, he entered the NYPD Police Academy in August 1993 and then joined the Patrol Division of the 104th Precinct in Queens, where he was later promoted to the community policing unit.

Martingano has been with the RTD Transit Police Division since 2014. In 2017, he was promoted to the position of Deputy Chief of Police. He also graduated from the Rocky Mountain FBI Command College, RTD’s Leadership Academy and earned a certificate from Denver University in Leadership in Public Safety.

Martingano, who declined a request for an interview, is tasked with maintaining consistency during the search for a permanent replacement.

CSP Col. Matthew Packard discusses fentanyl seizures on June 1, 2022.(Heather Willard / NewsBreak Denver) (Golden, Colo.) During the first five months of 2022, law enforcement in Colorado seized over 2 million dosage units of fentanyl — more than was seized during 2022 and more than 331% up from 2021, according to data presented June 1 by the Rocky Mountain High Intensity Drug Trafficking Area.

(Douglas County, Colo.) A former Douglas County Sheriff’s deputy is charged with allegedly attempting to bring contraband items into the detention facility where she worked. She also faces allegations of sexual misconduct.