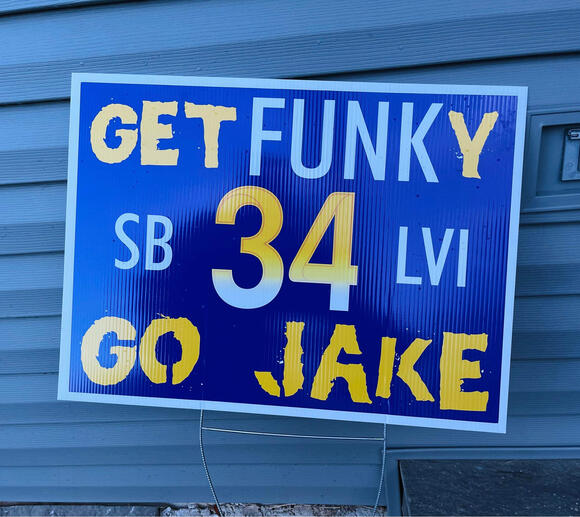 Across the country, folks prepared for the Super Bowl, cooking up good food and hanging out with friends and family. But in Damascus, Maryland, it was much more than just another Super Bowl. This time, Damascus High School alumnus 24-year-old Jake Funk would be there with his team, the Los Angeles Rams.

Damascus, known for their green and gold to celebrate their favorite Hornets, painted the town blue and gold Super Bowl weekend in honor of hometown favorite Jake Funk, a running back for the Rams. Yards throughout Damascus sported a blue and yellow “Let’s Get FunkY” sign created by local business Henze Signs to support Jake as he made his way to the Super Bowl. Baker Middle School and Damascus High School also posted their congratulations and encouragement on their school marquees to support the local athlete.

Located in the heart of Damascus, Henze Signs is a locally owned and operated business that takes pride in its community. While the signs celebrated Jake's Super Bowl debut, the proceeds went to support young athletes. In a Facebook post, Henze Signs shared, “We have heard from Jake Funk and he would like all the proceeds to go to the Damascus Cougars Football!” 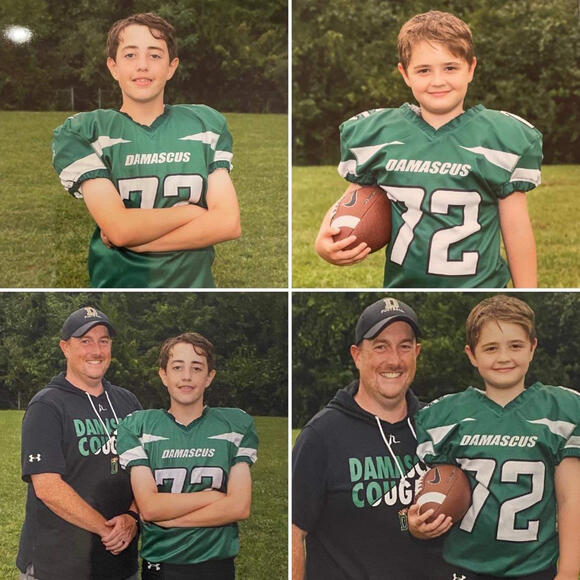 Damascus is known for its close-knit community and its love of football. Lory Gardner, wife of a Damascus Cougar coach and mom of two Damascus Cougar football players and a cheerleader, asked, “What could be better than a Damascus business supporting a Damascus kid playing in the Super Bowl? When the proceeds from those signs go to Damascus Football.”

Not only is Funk an NFL Super Bowl winner, but he is also an all-around nice guy. Not only did he support the efforts of a local business and local youth sports club, but he was also known as a friendly guy around his high school campus.

Julina Salazar, the owner of Damascus Hair Razors, said her daughter, Rio, recognized Jake’s picture online and told her mom that Jake Funk was friendly and would say “Hi” to her in the halls when they attended Damascus High School.

“If you are not sure who to root for in today’s Super Bowl…Jake Funk #34 went to Damascus High School with Rio, and he was always very kind to her and stopped to say hello to her in the halls. To me that is EVERYTHING!! GO RAMS #jakefunk”—Julina Salazar, Damascus Hair Razors Salon owner

To Damascus, Jake Funk is more than a Super Bowl winner; he embodies the hopes of the athletes in his hometown of Damascus who hope to find themselves suiting up and chasing their dreams. In his own words to the University of Maryland, “…being able to live out a childhood dream is amazing.”

Jake is the kind of guy who is friendly with his peers on and off the field. He is the athlete who supports the dreams of young athletes who hope to follow in his footsteps. That is what makes Jake Funk a winner in the eyes of his community. Going to the Super Bowl as a rookie and getting a win is icing on the cake.