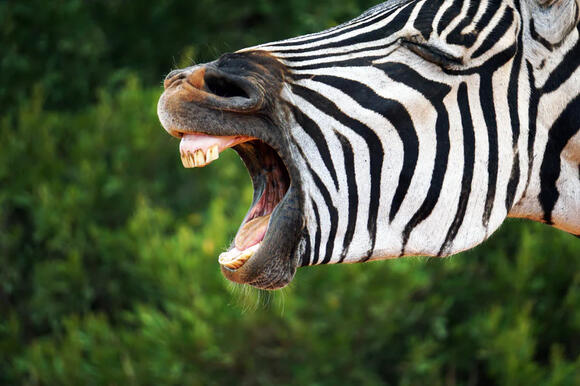 There were speculations about whether or not the zebras could survive a Maryland winter. Feeding stations have been set up to entice the zebras back to fold but to no avail. When that didn’t work, an 8-foot tall corral was constructed where the zebras have been grazing in Upper Marlboro.

Then, someone set up an illegal snare trap near the fence line of the private farm from where the zebras had escaped. It appears the zebra struggled in the trap for several days before it died of dehydration before it was found in a decomposed state by officers. It is unclear if someone set the snare trap to hunt zebras or if the unlucky zebra was an unintended victim. Natural Resources Police are assisting PG County Animal Control with the station to find out who set the trap and why. Now more than ever, the zebras need to be found to protect them from those with ill intentions.

The saga continues as another zebra has been found dead. But this time inside the enclosure at the private farm. Although the owner legally owns the zebra, he has been charged with three counts of animal cruelty. Court documents cite failing to provide a zebra with proper shelter, necessary sustenance, and inflicting unnecessary pain.

According to court documents, there is enough circumstantial evidence to warrant a criminal charge.

Animal cruelty carries a maximum penalty of 90 days in jail and/or a fine of up to $1,000.

As of now, two zebras are still at large evading capture. There is concern that the animals are disturbing the peace, comfort, and health of Prince George's County residents. Residents are urged not to come into close contact with the zebras, instead they are to inform Prince George's Animal Control of any sitings.

What do you think? Let me know your thoughts in the comments. If you like what you've read, please share on social media.