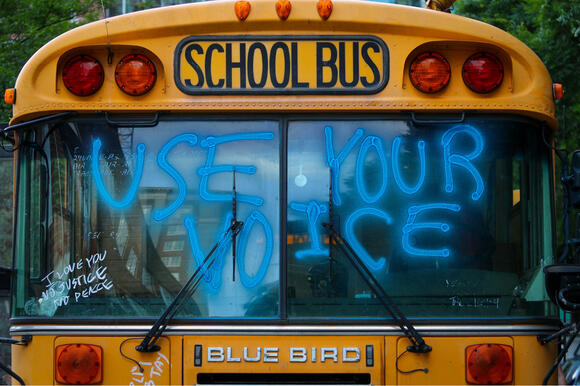 Across Maryland and the country, bus driver shortages are impacting transportation for students. For example, in Montgomery County, there are openings for more than 100 drivers to help deliver more than 103,000 students daily. As a result, transportation supervisors, directors, and other transportation depot staff are getting behind the wheel to transport students safely to their location until they can fill the positions.

In Howard County, some buses are doing double pickups at bus stops to transport all the students to their destinations.

EastSide Charter school in Delaware is offering parents $700 per child for the year to drop off and pick up each child from school.

Anne Arundel County Board of Education has designed a plan that calls for a $5 per hour wage increase subject to contract modifications for bus drivers and attendants. They submitted the plan to County Executive Steuart Pittman, who lauded Anne Arundel Public Schools and Board of Education for approving a proposal to provide bus companies the tools “they need to recruit and retain more school bus drivers.”

Calvert County bus drivers, who are not school employees, staged a sick out, leaving students stranded and unable to attend their schools. The sickout demanding higher wages and benefits, especially when being asked to pick up double routes. According to Calvert County Public Schools Superintendent Daniel Curry, the leadership team has a meeting scheduled with drivers on Friday, October 15, when there is no school.

Why is there a bus driver shortage?

In addition to low wages and lack of benefits leading to driver shortages, many bus drivers are concerned about their personal health. And in Chicago, about 10% of school bus drivers quit when the district announced a vaccine mandate.

To be a school bus driver, applicants must have a commercial driver’s license (CDL). Many drivers left school districts to go to jobs in the transportation industry that offer more competitive pay.

School districts will need to offer better wages and benefits to retain current drivers and hire new ones.

There is no talk of Montgomery County Public School drivers following their counterparts in protesting. MCPS bus drivers are Service Employees International Union (SEIU) members. Maryland law prevents SEIU members from striking, or they lose the right to representation.

However, Montgomery County Executive Marc Elrich and the Maryland Department of Transportation are urging parents to create a walking bus route as an alternative way to transport students to and from school.

What do you think of the bus driver protests? Have they affected the routes in your community? Let me know in the comments.