From schoolmates to Olympic teammates 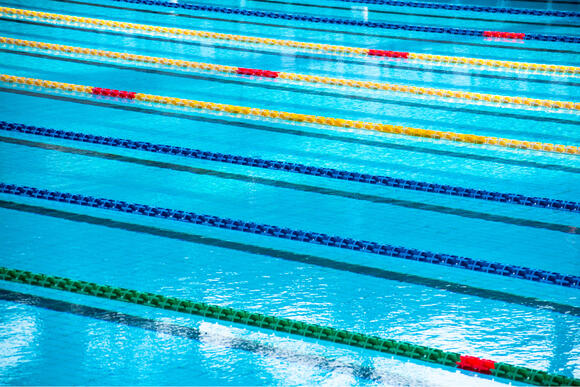 Montgomery County sends two of its best swimmers to the Tokyo Olympics. Three-time Olympian Katie Ledecky and first-time Olympian Phoebe Bacon met as schoolmates when Katie was assigned to Phoebe as a buddy at the Little Flower School when the older girl was in fourth grade and the younger in pre-kindergarten. The rest is history as the two were buddied up as little girls and swan at Stone Ridge of the Sacred Heart High school under Coach Bob Walker. Ledecky swam 2011 through 2015, and Bacon followed soon after swimming 2016 through 2020. They also swam for a local club: Nation’s Capital Swim Club.

Bacon watched Ledecky’s career and her first Olympic debut at the age of 15 in the 2012 London Games, the youngest member of Team USA. Ledecky had also won her first gold in London in the 800 freestyle.

Ledecky graduated from Stone Ridge of the Sacred Heart in 2015 and Bacon in 2020. Ledecky went on to attend and graduate from Stanford. To prepare for the Tokyo Games, Ledecky had taken a leave of absence. As the pandemic shut down the world and without an available pool to train in or competitions on the schedule, Ledecky re-enrolled in classes and finished her coursework for an undergraduate degree in psychology. In an Instagram post, she is wearing her cap and gown on the pool deck at the swim trials in Omaha. In a phone interview with the Washington Post for their article, “Katie Ledecky couldn’t pursue Olympic medals in 2020. She got her degree instead.” Ledecky said, “It was busy, and it was challenging. But it also gave me something to do and something to focus on. There was definitely the side benefit of keeping my mind occupied during this time.”

“Having this entire year to switch and learn how to swim a 200 has definitely been a big help. I don’t really know where I would’ve placed a year ago,” Phoebe Bacon to the Washington Post

Smith qualified for Team USA in the 100-meter backstroke, where she’s already won the bronze medal and the 200 Butterfly. In the article, “Phoebe Bacon was once Katie Ledecky’s school ‘buddy.’ Now they’re Olympic teammates,” Bacon told the Washington Post, “Having this entire year to switch and learn how to swim a 200 has definitely been a big help. I don’t really know where I would’ve placed a year ago.”

To celebrate their Olympians, Stone Ridge of the Sacred Heart in Montgomery County held a pep rally on July 19, 2021 complete with posters and large cardboard cutouts of the swimmers. In addition, the community pulled together to show their support by wearing Team USA hats and shirts sporting the names of the Olympian swimmers.

With their history, it is no surprise that these Montgomery County women, who are no longer schoolmates, should meet again as teammates representing Team USA in the Tokyo Olympics.

Bacon will swim the 200-meter backstroke.

The Rainbow Place in Rockville is hosting an online basket raffle through October 24, 2021. Participate in the raffle and not only will you possibly win a really cool prize like a weekend at a nearby Airbnb, but you are supporting an organization that provides emergency overnight shelter for women during hypothermia season.

Coin going into a pink piggy bankDamir Spanic/Unsplash. Did you know that Maryland college students can apply for student loan debt relief credit? It is for Maryland residents who are still making loan payments for an undergraduate or graduate degree of study.

Visit Taverna 5450 to support the Laird family by ordering a sandwich and raising a glass in his honor. Taverna 5450, in Adams County, Pennsylvania, created a sandwich in honor of the life and legacy left behind by Battalion Chief Laird. The 2-Alarm is a crispy chicken sandwich made with provolone, sautéed onions, jalapeños, and spicy mayo.

Howard County Executive Calvin Ball continues to put forth measures to protect the environment. Together, since 2019, the Department of Recreation and Parks, in cooperation with the Office of Community Sustainability, has assisted Howard County residents in planting more than 4,000 trees on their properties. In addition, since taking office, the Ball administration has planted more than 50,000 trees in Howard County, choosing native species that generally live longer and require less care.

No, you are not seeing things, and this is not a drill. Maryland welcomed students back to school last week. With bus driver shortages, delays at bus stops, and a hurricane closing schools early last week, it seems that Maryland has had enough excitement to last us a while. But there’s more. It is never a dull moment in our great state, is it?

As a series, we will be highlighting Marylanders who are making their way to the XXXII Olympic Games in Tokyo. The first part of the series focused on first-time Olympians from Maryland: swimmer Phoebe Bacon, 100-meter hurdler Christina Clemons, and gymnast Kayla DiCello.

Ready for Oktoberfest in Maryland?

Woman drinking beer out of a steinFábio Alves/Unsplash. In 1810 Crown Prince Ludwig I invited the public to celebrate his marriage to Princess Therese, and ever since, we have observed and enjoyed Oktoberfest.

Commemorating the 172nd anniversary of Poe’s Death with two days of music, books, and art in October. Edgar Allan Poe was the first American writer to support himself entirely by his writing. He first earned money writing by winning a newspaper contest sponsored by the Baltimore Saturday Visiter, launching his literary career.

If you are anything like me, you have probably tucked away your COVID-19 vaccination card to keep it in a safe spot. It’s probably in a place so safe that you have realized you cannot find it if you need it. That happened to me this week.

This video is going to show us how we've gotten it wrong all these years. I've been a Marylander for nearly 30 years by way of California. I married a Baltimore man 20 years ago, and one of the first things I had to learn was how to pick crabs. I’ve had to do it on my own ever since. The first rule of crab picking is that you pick your own. I quickly learned that marriage vows do not include picking crabs for your spouse.

808 Grindz Cafe is Worth the Wait

Ono-licious breakfast from 808 Grindz CafeHeather Jauquet/Author. About 10 years ago my father treated my husband and my brother to a sunrise bike ride down Haleakala. They had an incredible time and enjoyed it immensely. If you ever get an opportunity to ride down this mountain, do it! If you are lucky, you will also get awesome Maui-born and raised, Kimo Rice as your tour guide.

On our way to Bethany Beach every year, we always make a stop for lunch. Unfortunately, the pandemic has made that harder as restaurants were either closed or altered their hours because of a lack of employees.

The perfect place to pick up a seafood picnic dinner at the beach. Fried cod tacos from DB FriesHeather Jauquet/Author. No summer is complete without a trip down to the ocean. One of our favorite activities is picnicking on the beach. There’s nothing like hearing the waves as you eat your meal.

Montgomery County offers free car seat installation. Baby with a blue pacifier and a green blanket sitting in a car seatSharon McCutcheon/Unsplash. Did you know road injuries are the leading cause of preventable deaths and injuries to children in the United States? According to the World Health Organization, road traffic injuries are the leading cause of death for children and young adults aged 5 to 29.

Little Free Library at Spectrum StageHeather Jauquet/Author. Without a doubt, I have a house full of bookworms. When the pandemic shut down everything, my husband took our children to the library to stock up on books. We didn’t know at the time that the shutdown would last as long as it did. Even though the kids brought home enough books to fill two reusable grocery bags, it wasn’t enough.

The new school year is starting, and if you are anything like me, you are trying to figure out how to juggle all of your children’s schedules and transportation to and from activities. I have a high schooler and a middle schooler this year, and both expressed a desire to participate in afternoon school activities. I am all in favor of them trying out new clubs and sports and getting a chance to participate in in-person activities they missed last year.

What MCPS wants you know to about schools reopening

MCPS shares commitment and priorities with community. Montgomery County Public Schools (MCPS) will welcome nearly 160,000 students back to schools for the 2021-2022 school year. They are committed to keeping schools open and staff and students safe. Interim Superintendent Dr. Monifa B. McKnight and Montgomery County Board of Education president Brenda Wolff share MCPS’ commitment and priority in a letter and video shared with the community.

Concrete statues of mythical creaturesaisvri/Unsplash. I have enjoyed reading the comments on all of the cicada articles I have shared with you. Now, I have a new creature for you. Well, it's new to me. I wonder, is it new to you, too? Read on and let me know if you ever heard of the legend of the Snallygaster.