Diesel Boats Forever: Shipmates from the U.S.S. Grayback Reunited for the First Time in Forty Years 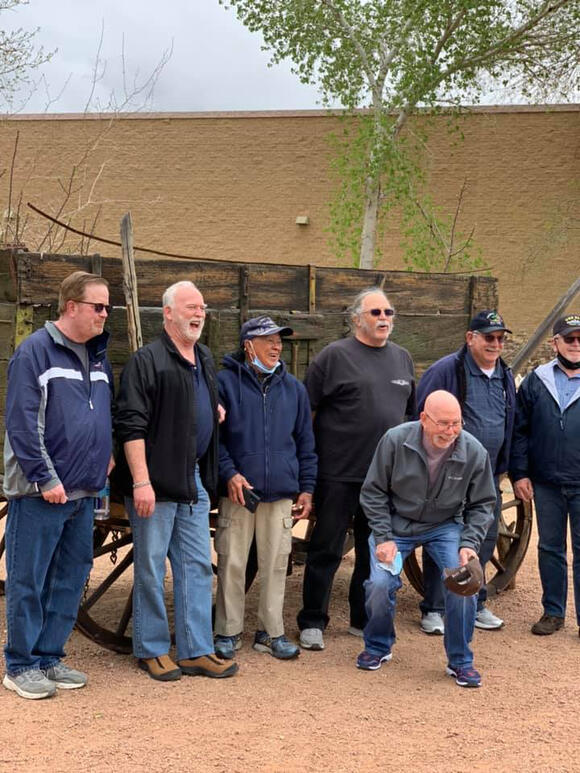 Las Vegas--Six enginemen, one electrician, and one deep-sea diver reunited in Las Vegas after more than 40 years apart. What do these veterans have in common? From 1976 through 1978 they were all shipmates on the diesel submarine, the U.S.S. Grayback (LPSS-574) the lead ship of her class of submarines, home-ported in Subic Bay, Philippines. The last time these seven enlisted men saw each other was in 1978.

The first U.S.S. Grayback (SS-208) is on eternal patrol, having been lost at sea during World War II.

The second U.S.S. Grayback, where these gentlemen met and formed friendships was commissioned in 1958 as a Regulus nuclear cruise missile submarine. In 1964 it was decommissioned and five years later re-commissioned as an LPSS (amphibious assault submarine), it took troops and SEAL teams out for training runs.

The U.S.S. Grayback, used for special ops during the Vietnam War, was home-ported in Subic Bay, Philippines. Vietnam is across the South China Sea, making Subic Bay the ideal port for ships and subs who used Subic Bay to replenish supplies and resources while they supported the Vietnam War efforts. While other vessels used Subic Bay as their home port away from home, the U.S.S. Grayback was permanently home-ported at the Philippine Naval Base.

Between the years 1976 and 1978, the U.S.S. Grayback was the home to about 100 men, 10 or more of who were officers. Seven enlisted men from that time met again in Las Vegas for a mini reunion to catch up and reminisce about their days on the submarine.

During their time together on the U.S.S. Grayback, the submariners not only maintained the submarine but also trained for clandestine underwater operations. They trained with allied Navies from South Korea and the Philippine Special Forces.

The crew on the U.S.S. Grayback did more than train for undewater operation. In 1976 they did a 3-4 week Bayanihan cruise as community outreach to the Philippine Islands, bringing school supplies and painting classrooms.

After finding each other again more than forty years later through social media, the veterans and their wives met up again in Las Vegas breaking bread, staying up late to reminisce about their days working together on the submarine, looking back upon their shared experiences, and remembering old shipmates who have since passed away.

Senior Chief Boatswain’s Mate, Dave Martin, shares, “What I liked about the Grayback was that the crew was very professional, they were good sailors, and overall it was a good experience. On submarines, you feel like you are a family on a boat. It’s a close-knit community and there’s a lot of camaraderie."

Last week, Perla and I went back in time and met up with former shipmates and wives from the U.S.S. Grayback (LPSS-574). Day trips and dinners and rehashing stories from another era. It was a special time as we were all young with our futures ahead of us. The Grayback had a proud history and I was fortunate to be a part of that history. We had not seen our friends in decades. We look forward to more reunions and traveling in the future. DBF.—Dave Martin, Senior Chief Boatswain Mate, and Deep Sea Diver

Gentlemen, thank you for your service. May you always have fair seas and following winds. DBF—Diesel Boats Forever.

Carols, cookies, and a visit from Santa and Mrs. Clause bring holiday joy

On Monday, Students and teachers across Maryland began checking their weather apps in the hopes of potential winter weather. In Montgomery County, many began looking at MOCO Snow for the famous “pencil predictions.”

Board member shares concerns about lack of representation in the responses. The Montgomery County Board of Education met on Thursday, December 6, 2022, at Rockville’s Carver Educational Services Center at 12:30 pm. After the Pledge of Allegiance, the meeting began with community comments from MCEA president Jennifer Martin, teachers, parents, and students. Next, the meeting covered the proposal and approval of the 2023-2024 school calendar.