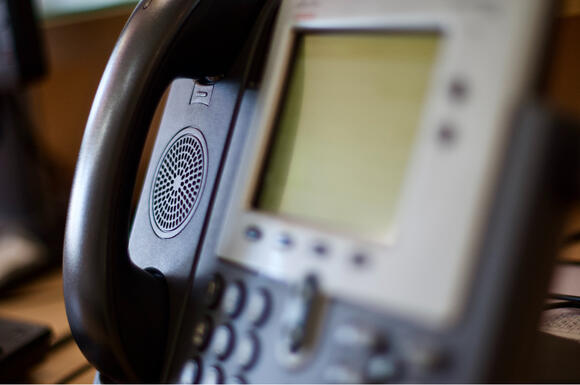 Photo by Dan Dennis on Unsplash

Every parent teaches their children basic emergency procedures. Who remembers stop, drop, and roll if there’s a fire in your house? Or maybe you taught them to yell “fire” instead of help because that might get someone’s attention faster. Or you maybe taught them about “stranger danger.”

And of course, in case of an emergency you’ve taught your children to call 911. However, did you know that if you use you a multi-line phone system you might not connect directly you to 911? You might have to dial a number such as “9” to get an outside line before dialing 911.

Even though just about everyone has a personal cell phone, there are still businesses and organizations that still use a main telephone system such as hotels, hospitals, motels, school, and businesses. And many of those require an additional number to reach an outside line. In the case of an emergency, that additional step of may mean the difference between life and death. This happened in the case of Kari Hunt, who died in a Texas motel at the hands of her estranged husband.

In 2013 Kari Hunt’s 9 year old daughter unsuccessfully tried to call 911 while her mother was being attacked by her estranged husband in a bathroom of a Texas motel. The daughter tried numerous times to connect with 911, but due to the motel’s phone service she had to dial “9” to get an outside line and then dial 911. Unaware that she needed to dial 9 to access an outside line, Kari’s daughter’s futile attempts never reached emergency personnel. Despite her best efforts, she was unable tosave her mother.

Since her death, Kari Hunt’s father, Hank Hunt, has worked tirelessly on Kari’s Law requiring business and organizations across the country to provide direct access to 911 without a prefix, post fix, or trunk access number. Kari’s Law is working hard to ensure that 911 is exactly that: a call to 911 without any additional numbers or steps to contact emergency help.

Howard County passed Bill 59 in November 2020 which requires that all multi-line telephone system allows for the direct dialing of 911.

Howard County Executive Calvin Ball has announced a launch of a public awareness campaign for Kari’s Law beginning in April 2021. He said that in November 2020, Howard County was the first jurisdiction in the state to introduce legislation to adopt Kari’s law.

Beginning in April, the Office of the Fire Marshall will disseminate flyers during a regularly scheduled inspection to educate businesses and organizations about Kari’s law.

According to Fire Chief William Anuszewski, “Our goal is to ensure that anyone who needs emergency services has immediate and direct access to the 911 system. While this may be new to some businesses, our code enforcement team will provide the education needed to prepare them for future inspections.

“There should never be a time or an incident in our great community where someone who needs to call 911 for emergency services cannot gain access via a landline telephone.”--Fire Chief William Anuszewski

There are currently 11 states who have implemented Kari’s Law or a variation of Kari’s Law. Kari’s Law is working hard to help people access emergency personnel immediately so that others will not suffer the same fate as Kari Hunt, or endure the same frustration as her daughter who tried to save her life.

Has your county implemented Kari's Law? I didn't even know about it until the announcement by Howard County Executive Calvin Ball. It's surprising to me that this isn't required nationwide. Hank Hunt is working to make sure that all across the nation, everyone has direct access to 911.