Traveler | Serial entrepreneur | Love to write thought provoking articles based on truth and nothing else.

Utah Man Beat Wife to Death on Their 18th Anniversary 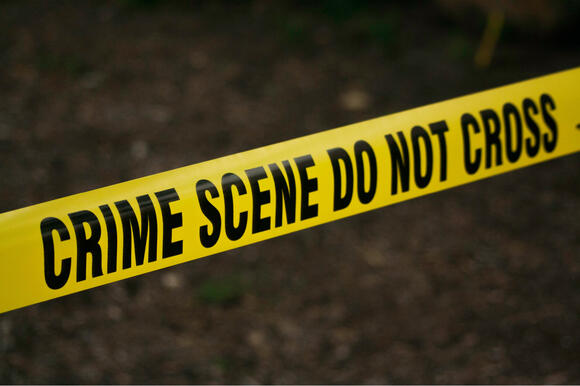 Marriage is a bond of love shared between two souls, but sometimes that love is replaced by hate, leading to tumultuous endings. A similar case happened with the Manzanares when Kristy Manzanares demanded separation from her husband, Kenneth Manzanares, on their anniversary celebration in 2017. No one expected Kenneth to react outrageously, but he had lost his control and punched his beloved wife to death in a fit of rage. Many invitees believed that the anniversary party was staged and Kristy’s murder was pre-planned. It took nearly three years for Kenneth to accept his crime.

Eighteen Years of a Rocky Marriage

Kenneth Manzanares, a 40-year-old Utah man, met his beautiful wife, Kristy Manzanares, in 1998. Kristy and Kenneth were head over heels in love and eventually ended up marrying each other. In the coming years, Kenneth and Kristy had three beautiful daughters. They looked like the perfect family that everyone wants.

Unfortunately, the reality was completely different from what was being portrayed. Kenneth and Kristy were going through a rough patch in their marital life. The couple could not find a middle ground to adjust, and soon, the fights concluded on divorce threats. Kristy had no idea that she’d be leaving Kenneth for once and all, but under what circumstances?

Kenneth loved Kristy no matter what had been the then status of their marriage. Kenneth decided to throw a grand party for Kristy on their eighteenth anniversary, ignoring the ups and downs of their relationship. Kenneth’s idea of a grand party was the celebration of their anniversary party on a cruise ship en route to Alaska. Kenneth invited his close family to the cruise celebration, including his parents, Kristy’s parents, and Kristy’s brothers. Everyone was about to witness the scariest cruise ride they had ever taken in their entire life.

The Manzanares boarded their cruise ship, named Emerald Princess, on July 24, 2017. Everyone settled in the ship and began exploring the beautiful Emerald Princess, whereas the Manzanares started to have a debate while their daughters stayed within their room. Soon, the debate took a heated turn and transformed into an altercation. Kenneth’s one sentence would be replied to by multiple aggressive answers by Kristy. The girls were intimidated by their parents’ bizarre behavior, which was unexpected for them, especially on their anniversary.

Kenneth Sent His Daughters Away Before Attacking Kristey

Kenneth quickly realized that the altercation would only worsen from there forward; Hence, he sent his three daughters outside from his room. The daughters decided to go to their aunt and uncle’s room which was next to their parents’ room. The balcony of both the rooms was shared, making it easier for the girls to recognize the intensity of the disagreement. The girls could hear the loud noise of shouting from their parent’s room. However, the shouting soon turned into fearful screaming and cries for help.

Kristy was fed up with Kenneth’s chaotic behavior. Kristy demanded a divorce from Kenneth as she cried loudly. It seemed like Kristy had bottled up her emotions for a long time, and now, she was about to set herself free forever from a tormenting marriage. Kenneth could not take hold of his overwhelming emotions as he hit Kristy across her face, and terrorizing noise of screams echoed in the Emerald Princess. The daughters tried to break into their parent’s room while Kenneth told them not to come inside. Kenneth kept beating Kristy’s head for the next few minutes until she lost consciousness.

Kenneth Tried to Discard Kristy’s Body into the Water

It seemed like Kristy had passed out when she lay unconscious on the floor. The girls, along with their uncles and grandfather, ran out on the balcony. They could see Kenneth dragging Kristy’s body as he tried to discard her into the wild sea. Kristy’s brothers then jumped in and saved Kristy from disoriented Kenneth.

The medical team on board rushed to unconscious Kristey’s aid. However, it had been too late by then, as Kristy had already died from the fatal blows Kenneth landed on her head. Kristy’s family was in utter shock at what they had witnessed. The Police were called to ensure Kenneth did not have his easy escape.

The Police arrested Kenneth at the spot and took Kristy’s body for forensic inspection. A detailed interrogation made the Police acknowledge Kenneth’s long battle with bipolar disorder. Kenneth had been taking medication for his disorder as well.

The Police believed that Kenneth killed Kristy in a fit of bipolar disorder. Kenneth told the Police that he beat Kristy on her head because “she just won’t stop laughing at me.” A few days later, Kristy’s autopsy report revealed that she had died at the spot from a blunt force to her head and face. The inspection from the spectators wasn’t helpful since they believed Kenneth and staged everything while his mental condition stated otherwise.

A Harrowing Conviction of Thirty Years

Kenneth was held in federal custody from July 2017 to 2020 until he pleaded guilty to Kristy’s murder. In August 2017, Kenneth pleaded not guilty to Kristy’s murder, but he had no proof to support his plea. The case stretched over the course of three years when finally, Kenneth pleaded guilty to killing Kristy. In February 2020, the court sentenced Kenneth to 30 years in federal prison on charges of second-degree murder of his wife. Kenneth’s extended sentence was followed by five years of supervised release.

Traveler | Serial entrepreneur | Love to write thought provoking articles based on truth and nothing else.

Opinion: Was Buchanan the Worst President in American History?

Opinion: George Washington was Not the Man We Think He Was

George Washington, the most famous and one of most influential people in history, was a man shrouded in mystery. We know him as a hero of the nation who brought forward the democratic system. However, some view him as a slavery proponent and a cheater. His rise to power and his success in wars are well known, but what is less known is that Washington had a dark side beyond his addiction to alcohol.

Elon Musk started to buy shares of Twitter Company in January 2022 and became the newfound owner of the app by April 14, 2022, with a stake of 9.1%. Since then, drastic changes can be seen in the social media app and the company itself, including large-scale layoffs and significant changes in the management structure. He does not plan on stopping there and is even thinking about making twitter private.

The United States of Secrets

The Man who Claims He Saw Aliens in Area 51

Since its inception, Area 51 has been the subject of many controversies and conspiracies. In September 2019, a Facebook event called “Storm Area 51, They Can’t Stop All of Us” went viral.

The Spy Dragonfly Made by the CIA

Kids today are used to playing with insect toys that have wings. In the 21st century, it is the most commonly used and least significant object to be seen in a room. That was not the case in the 1970s, however. We can never imagine how great of an achievement it was in the ’70s to create something robotic.

Secrets That Were Declassified by the CIA

Technology in today’s world is a double-edged sword. It has often resulted in even the best-kept secrets being leaked. The Central Intelligence Agency (CIA) has been on the mission to declassify some matters to prevent unauthorized exposure of secrets that may cause harm to the country.

Putin's Journey From a Spy to President for Life

The current face of Russia, the man who has not left the President’s seat since 2012, Vladimir Vladimirovich Putin, has had a history of many twisted layers. Known for his ruthless influence, Putin always turned things in his favour. However, his journey from being a KGB (Komitet Gosudarstvennoy Bezopasnosti) spy to the President has not been a smooth road for the Russian people.

The American Export of Blood and Crips Gang War to Belize

In situations with notorious criminals and young men on the run, gang culture will always exist, either in public or hidden behind busy streets. Those who strive to stop them have to understand their needs because violence against violence would create something far more unpleasant.

The American Goddess Who Gave Us WiFi and Bluetooth

Once upon a time, an Australian American girl born in the 1900s captivated the entire world with her flawless beauty and charming aura. She grew up to be an epitome of beauty with brains, the original face of Snow White and much more than just a pretty face.

What Would Happen if a Person Falls into a Black hole?

A black hole is not a large black-colored hole as the name suggests but a huge amount of matter packed in a small area that is said to be ten times bigger than the sun. It is so dense that it is overwhelmed by gravity. There are many speculations about the black hole and what might happen if you fall into it, but which one is true though?

Undoubtedly, white women have always enjoyed a higher status in society. Some white women tend to abuse their privilege and display racist and derogatory behavior. This behavior earned them the name of “Karen.”

The Casanova Killer : The More Brutal Version of Ted Bundy

We often come across a dangerous criminal who makes the news headlines for the wrong reasons. But, in some cases, their crimes are so gruesome that just thinking about them sends chills down our spine. America encountered such a blood-turn-cold serial killer in 1974 when dead bodies began to pile up in multiple states. The whole country was in a state of frenzy, with the public petrified and the police baffled by the killings.

American troops resting during Vietnam WarWikimedia Commons. In 1967, John Chick Donohue, better known as Chickie among friends, made an incredible trip from America to Vietnam to provide his childhood friends with beer.

Why did the Great Ottoman Empire not Colonize America? (Opinion)

The Ottoman Empire was one of the mightiest and longest-lasting empires in history. It ruled over the Middle East, Eastern Europe, and North Africa for more than 600 years until it was declared a republic in the 1900s. It had one of the best armies with the best military power. The colonialism of most parts of the powerful regions made them even stronger. As America was discovered, it was like discovering a new world, full of riches and power. The Ottomans, however, never got that far and never pursued the goal of colonizing America.

On 1 October 2017, people like you and I planned to enjoy a music festival with their friends and family, oblivious of what was waiting ahead of them. A deadly mass shooting of a continuous eleven minutes took place on the Las Vegas Strip in Nevada, leaving many dead and most injured. The Vegas incident scarred Americans such that no music festival has been held on Route 91 since the horrific 2017 mass shooting incident.

Nowadays there’s a DIY version of every appliance and tool- we never thought a dangerously accessible DIY version of guns could also exist. Ghost guns have become the new terror for American police, especially as gun violence is rising. America has a gun problem, and it is being made infinitely worse through ghost guns.