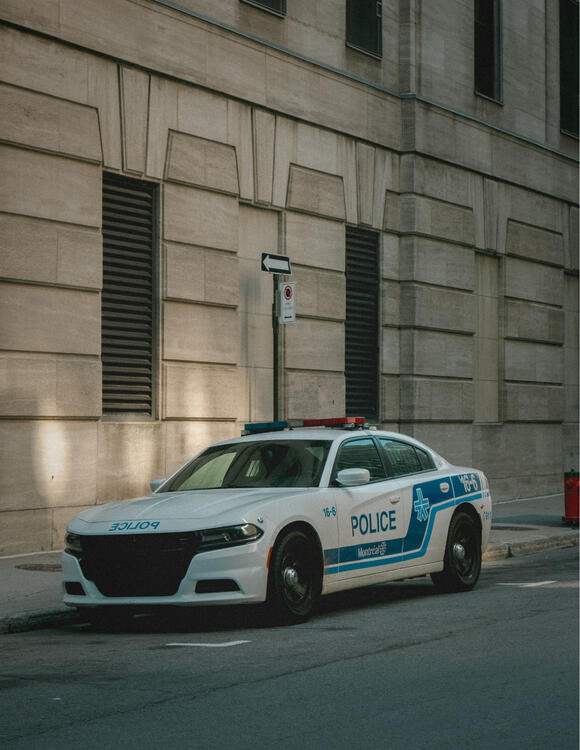 Boulder County, Co - Boulder County has recently joined the ranks of police departments around the United States that are testing electric vehicles as patrol cars intending to save money on maintenance and gasoline in the long run.

According to a news statement from the Boulder County Sheriff's Agency in Colorado, the department is evaluating a Tesla Model Y Long Range all-wheel-drive variation to evaluate how it compares to the department's Hybrid Ford Police Interceptor SUVs.

According to the department, the cost per mile traveled for the Tesla Model Y is expected to be $0.029, compared to $0.146 for the Hybrid Ford PI.

A Ford PI Hybrid starts at around $42,000 USD, while a Tesla Model Y LR AWD starts at around $53,190. However, the department intends to swiftly make up the difference, since numerous police agencies across the United States have reported significant savings from transitioning to electric vehicles.

Boulder County aspires to be environmentally friendly in all of its operations, which is why it was one of the first police departments in Colorado to add a Tesla Model Y to its fleet. The car will be powered by solar panels, which will minimize its carbon impact even further.

For those worried about the environmental impact of batteries, when the battery pack reaches the end of its vehicle's useful life, which is estimated to be over 500,000 miles, 100 percent of the battery components are recycled.

The vehicle was dressed out with official Boulder County Sheriff's Office decals and a full complement of emergency equipment similar to that found in many of the department's other cars. It will be primarily used for traffic management, but it will also be thoroughly evaluated to see if it has additional uses in the sheriff's office.

BOULDER COUNTY, CO - Boulder County Public Health is warning the public to be careful of counterfeit drugs, including name-brand pills that look like Oxycodone (M/30), Xanax, and other prescription pain relievers, are on the market in the county.

Top Things to Do in the Town of Avon

AVON, CO - Avon is a small community of around 7,500 people located along Interstate 70, approximately three hours west of Denver. For all-around adventure seekers, the area provides year-round recreation opportunities as well as convenient access to some of the state's most spectacular vistas, national parks, and untouched wilderness areas.

DENVER, CO – According to the 2019 National Survey on Drug use and Health, 70,630 people died from drug overdose in 2019, and 10.1 million people misused prescription opioids in the past year. These concerning numbers are addressed by the Colorado Attorney General and local governments’ agreement to fight the opioid epidemic.

DENVER, CO – As Judge Adam Espionza retires from Denver County Court, Mayor Michael B. Hancock announced that the position will be replaced by County Court Magistrate Judge Kelly Cherry. She will assume the new role upon her swearing in following the Judge Espinoza’s retirement.

AVON, CO - School is back in session, and so is the Avon Recreation Center's programming! The Rec Center just updated its 2021 Fall/Winter Activity Guide, which covers fall and winter programs for both children and adults.

VAIL, CO - The Vail Police Department has partnered with a local logistics firm to help support a pilot program in Vail Village that will improve loading and delivery operations.

Advice for Pet and Livestock Owners to Create Evacuation Plans

SUMMIT COUNTY, CO - The wildfire season is in full swing, and with so many major fires burning, there is a lot of smoke, which causes fear and demands the use of an evacuation plan.

ESTES PARK, CO - Estes Park offers a variety of outdoor activities this summer. As it is located at the base of Rocky Mountain National Park, the town also offers several high-altitude adventures. Check out the following list for three activities you can enjoy in Estes Park at 7,522 feet above sea level. Conquer your fear of height, while also relaxing with friends and family.

DENVER, CO – One of the world’s largest fairs, Oktoberfest, will be back in Denver. This year’s event will be held twice on two different weekends with a total of six days full of fun, at the 21st Ave and Larimer St.

Four hangout places around the University of Denver area

DENVER, CO – Coffee shops and local hubs have become a part of university and college student's life. Whether you need to leave all the stress of being in university or simply grab a coffee during your morning rush, they are ready to serve your needs.

GOLDEN, CO - Due to limited mobility during the pandemic, the city of Golden offers a virtual shopping experience. Through Visit Golden, the following are virtual shopping recommendations that can be taken into your consideration:

DENVER, CO – Cherry Creek Arts Festival is back on Labor Day Weekend to celebrate its 30th Anniversary. The celebration will be held on September 4, 5, and 6, from 10 am to 8 pm, at the Creekside, in Cherry Creek Shopping Center, 2500 East 1st Avenue.

VAIL, CO - The next Vail Social community potluck will be held on Monday, September 20. Reservations can be made for free online at www.vailsocial.com at 8 a.m., table bookings will be available.

CASTLE ROCK, CO - This year's First Friday's event series comes to a close with the final concert. Shelvis and the Roustabouts perform at Festival Park on Friday, September 3rd.

GREELEY, CO - The Union Colony Civic Center or UCCC will be open for the entire fall semester of 2021. It's been more than a year since the UCCC reopened its doors to the public for live concerts.

SUMMIT COUNTY, CO - The Food and Drug Administration or FDA gave full approval for Pfizer-COVID-19 BioNTech's vaccination for people aged 16 and up on August 23, 2021. This is the first COVID-19 vaccine to earn this designation, all COVID-19 vaccinations that are currently available have been shown safe, efficacious, and authorized for emergency use. The state and county are still working hard to get as many eligible Coloradans vaccinated as possible.

Aurora Library is Bringing Back Mini-Con

AURORA, CO - The Virtual Aurora Mini-Con has returned. On the 28th and 29th of August, the Aurora Public Library will host a weekend of virtual activities embracing all things pop culture.

SUMMIT COUNTY, CO - Several improvements to the Recpath are set to begin in the coming months. The Recpath on Huron Road in Breckenridge will get a red bike lane coating starting Tuesday, August 24.

BOULDER COUNTY, CO - Boulder County Community Justice Services is looking for 16 volunteers to provide one-on-one attention to a teenager aged 11 to 16 once a week. Many tweens and teens are experiencing a feeling of separation from friends, concern about the start of a new school year, and uncertainty about the future, especially now, during the pandemic. They have few solid people in their lives; they may be having problems with housing, school, or parental conditions, or they may be connected with the juvenile court system. Mentees seek connection, want to be heard, and require the attention of a committed, intelligent adult.