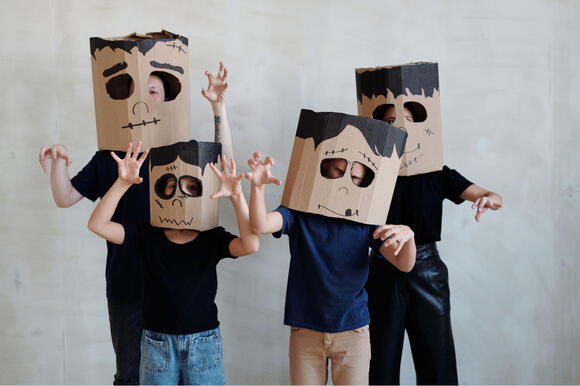 Kids love the costumes and candy that come with Halloween, but sometimes it’s hard to let them participate in the fun without running into something a little too scary.

Whether you have kids who aren't old enough for haunted houses, or just prefer fun over frights, here’s some of the best options in the Valley.

A Very Silly, Not So Scary, Halloween Party

Starting the festivities early, Happily Ever After Entertainment will be hosting a party just for kids in Tempe on October 16. The event features performances from some fan favorite characters, interactive games and, of course, trick or treating.

If you want all the fun of pumpkin carving and none of the cleanup, FOUND:RE Phoenix hotel has you covered with its pumpkin carving party on October 28. You can bring the whole family, including pets, carving kits will be provided, and there will be food and drink specials too.

All month long, the Arizona Science Center will be hosting its Spooky Science signature event. Until the 31st, the center will be transformed with “thrilling themes, daring demonstrations and mysterious activities” to enjoy.

Trick-or-Treat at the Museum

The Phoenix Children’s Museum is holding trick-or-treating this Halloweekend. From October 29 to 31, kids can don costumes and get candy while exploring the museum. There’s also going to be dancing, a fashion show and crafts.

On October 29 you can check out the free Family Fun Halloween Bash at the Arizona Boardwalk. The festival will have live family-friendly entertainment, bounce houses, face painting, giveaways and more. Kids 18 and under can also participate in a costume contest for prizes, or $500 cash if you place first.

In the evening on October 29, there’s going to be a street fair on historic South Central Ave in Phoenix. The free community event will feature trunk-or-treating, a vendor village, a costume contest and more.

For good old fashioned trick-or-treating, the City of Tempe is hosting an outdoor event at 6th Street Park on October 30. In addition to candy, they'll also have plenty of games, crafts and local vendors.

Halloween is all about chills and thrills for some, but the spooky season has a lot to offer for everyone.