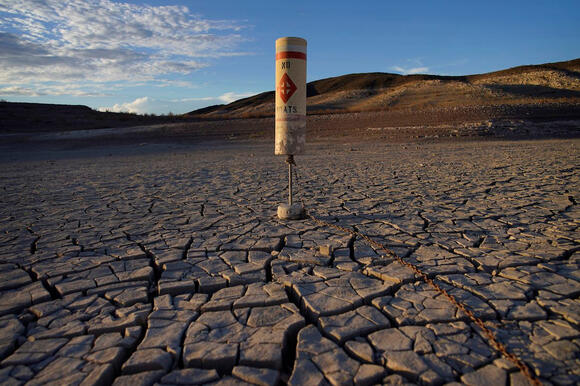 Pinal County is getting a one-two punch when it comes to water supply.

Last week, Arizona was told it needed to cut its Colorado River water usage by 21% next year. And Pinal County was recently designated a natural disaster area because of ongoing drought.

The impacts of drought will spread to consumers, and be felt “for years to come,” American Farm Bureau Federation president Zippy Duvall in a statement.

“Long-term solutions to drought mitigation must be discussed and implemented to ensure farmers in drought-prone regions can continue to provide safe, affordable and abundant food for their states and the rest of the country,” he said.

Most farms in Pinal are small, family-owned operations, but the county contributes a huge portion to Arizona’s $23 billion agriculture industry.

Pinal ranks in the top 2% of counties nationwide for total value of agricultural sales, according to a study from the University of Arizona.. It’s also in the top 4% of counties for barely, corn, and forage crop acreage, the study shows.

The industry is estimated to have contributed $611.1 million to Pinal County’s gross regional product in 2016.

Researchers also found that a hypothetical cut of 300,000 acre-feet of irrigation water could lead to losses of $31.7 million to $35 million and a cut of 270 to 480 full- and part-time jobs in Pinal. Producers and their employees in Pinal County would bear around half of the losses.

With last week’s announcement, Arizona is set to lose 592,000 acre-feet of water in 2023, and Pinal County will be hardest-hit by the reductions.

The latest cuts are nearly eliminating Pinal County’s supply from the CAP. But Orme said that Pinal County never expected CAP’s supply to be a long-term solution.

“I'm not sure we'll ever have as many acres being irrigated as we did in the height of the availability of CAP,” Orme said.

Looking forward, groundwater is Pinal’s “saving grace,” Orme said. Almost all of the region’s districts have been relying on groundwater well before the CAP came in, and this year 70% of the county’s agricultural water supply came from groundwater.

“That's kind of my plea, for politicians and others to help support these funding requests,” Orme said.

Cutbacks to farmers will also have far-reaching supply chain impacts.

“It's very difficult for the American farmer to continue to feed, not only this nation, but the world when we have a declining land base, a declining water base, and actually a declining farmer base,” Orme said.