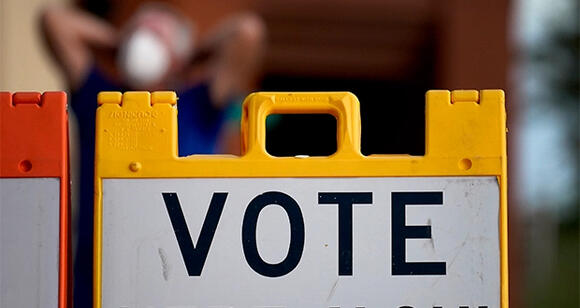 Pinal officials confirmed 12 polling locations throughout the county that ran out of ballots on Tuesday, and ABC15 reported that up to 20 precincts could have been affected.

Some polls were open late as additional ballots were printed and distributed.

Voters who already filled out an erroneous ballot were sent supplemental ballots – and those who didn’t have time to return it were encouraged to vote in person.

It’s unclear if the ballot snafu led to the increase in in-person ballot requests.

Republican National Committee chairwoman Ronna McDaniel called for Pinal County’s election director to resign last night after what she described in a tweet as a “comprehensive failure.”

Elections director David Frisk took full responsibility for the municipal ballot error last month. Neither Frisk nor the Pinal County Elections Department has not responded to requests for comment.

The election process was thrown into disarray in several parts of Pinal last month when a human error led to over 60,000 bunk ballots getting sent to local voters.

Nonetheless, officials approved a last minute solution to send separate ballots for their local races, and give in-person voters a separate ballot for municipal contests at the polls.

Many precincts received more in-person voters than usual, but some municipal elections in Pinal County cities and towns could end up showing lower turnout this year than in the same elections two years ago.

Not all precincts are reporting yet in Pinal County. With around 78% of precincts reporting as of Wednesday morning in Apache Junction, 1,497 votes have been counted in the mayoral race as well as 3,259 votes for council members.