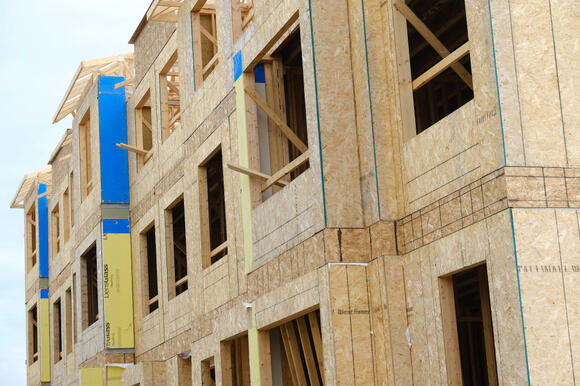 Maricopa is seeing a wave of new housing in the fast-growing city, this time the city could be getting a new rental development.

The build-to-rent project, called Honeycutt Run, is planned to be a 208-unit community featuring one-, two- and three-bedroom rental homes.

Honeycutt Run would be a gated community located at the southeast corner of Honeycutt and Hartman roads. The community is planned to have additional amenities including a pool, clubhouse, fitness center and barbecue areas.

Local mortgage broker Northmarq recently secured a $49.5 million construction loan for the development of the development and it will be developed by home builder Bela Flor Communities.

Although the property will be mainly residential, two acres of the project are still zoned for commercial development. Officials said the area might be used for a small retail store, restaurant, or gas station.

Maricopa is in the midst of a development boom. The city council has approved a number of projects in recent weeks, some of which are drawing dissent from residents.

Developers are focusing on multi-family, affordable developments targeting those who likely couldn’t break into the housing market.

The council approved several new multi-family developments in recent months that will provide Maricopa with a more diverse range of housing options in a market traditionally dominated by single family homes.

The increase in housing options has drawn criticism from some residents who argue its lowering property value and increasing traffic.

Members added that existing developments have proven to benefit local communities when looking at other Arizona cities such as Mesa.

A traffic report included in the Porter & Iron Point’s land use proposal also showed that the development would reduce traffic trips for the area.

Maricopa officials don’t have concrete data on how housing prices have fluctuated in the area, and ultimately approved the proposal based on proven positive community impacts.

The city still has a relatively small population of around 62,000 residents, but as more housing and job opportunities flood in, it could see a dramatic rise in new residents in the coming years.

Vice Mayor Vincent Manfredi said failing to provide a diverse range of housing options reduces the diversity of the city and its workforce.

On top of surging development and population growth, Maricopa is grappling with water supply and ongoing shortages seen across Pinal County and the state.

The entire county is receiving less water from the Colorado River as drought has left it and its key reservoirs severely underfilled.

Funding from the bill will be allocated to different water conservation measures such as drought resistant landscaping, watershed protection or upgrades.

Ducey’s water plan will likely inject much needed funding into tackling problems in Arizona’s water systems, a development boom in Maricopa as the region already struggles with water access could cause long-term issues.

Increasing development in Maricopa as its population is expected to grow rapidly in the coming years will be a difficult task for city leaders.

Developers provide a significant economic boost to the area, but the city will need to continue regulating progress to ensure the community maintains an infrastructure that can sustain future growth.