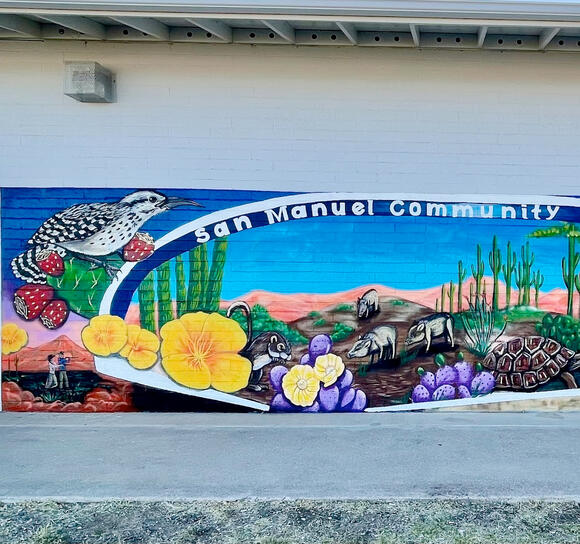 OneAZ Credit Union and the OneAZ Community Foundation included a San Manuel community organization in a round of $5,000 Community Impact Grants.

The San Manuel Revitalization Coalition is a group dedicated to developing programs in San Manuel in order to “empower individuals, families, and businesses to build sustainability and economic prosperity in San Manuel.”

According to SMRC’s website, the residents of San Manuel have partnered with county officials, the local school district and Local First Arizona to create the Community Development Corporation. The corporation was established to help residents get access to resources rarely found in an unincorporated community like San Manuel.

Unincorporated areas usually require a significant amount of dependence on larger communities. Without legal incorporation, communities have less power of self-determination and can’t have the control to facilitate responsible growth in their area by protecting vital natural resources.

Thus, unincorporated communities are often at risk for lacking resources or being pushed aside or overlooked when it comes to funding or resource distribution.

The coalition manages the San Manuel Community Center and is involved in community projects including movie nights, local gatherings, and a community assessment survey.

The coalition was previously partnered with nonprofit volunteer group Coppertown which promoted social and economic opportunities in the area. In the group’s latest meeting, however, it was announced that Coppertown ceased operations and will donate $1,000 to SMRC to continue its Youth Education Scholarship.

The Community Impact Grant program is an annual grant program by financial services firm OneAZ’s OneAZ Community Foundation. The company said it aims to fund Arizona nonprofit projects and initiatives with the goal of promoting the “well-being of the communities we serve.”

The San Manuel Revitalization Coalition is among 50 other organizations across Arizona to receive the grant. The total of $250,000 in Community Impact Grants awarded beat OneAZ’s record since the foundation’s launch in 2016.

“This year’s round of Community Impact Grants represents a record-breaking investment in the communities where our members live and work,” said Kim Reedy, President & CEO of OneAZ Credit Union.

A large portion of funding for OneAZ’s grant program is from the members’ use of their debit cards. One cent is donated to the OneAZ Community Foundation with each purchase on a OneAZ debit card.

Since 2016, the company said, its foundation has awarded $750,000 in grants and funding to Arizona nonprofit organizations through the program as well as other donations.