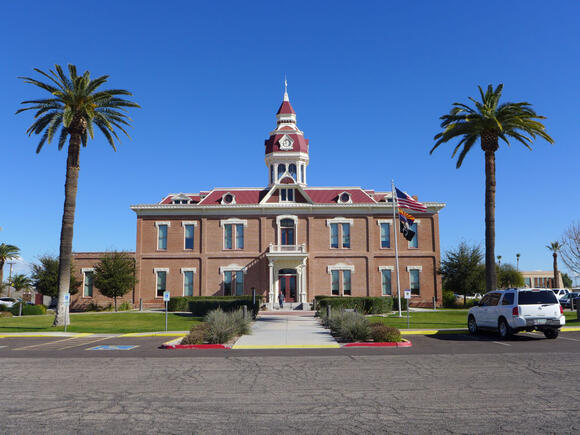 Amid a push for economic development in Pinal County, officials have announced new plans to raise $126.5 million to purchase land for an unspecified project.

Officials plan to gather the funds through the sale of taxable revenue bonds and purchase land for the purpose of economic development, but haven’t provided details due to a non-disclosure agreement.

At a meeting last week, the Pinal County Board of Supervisors didn’t take any actions, but the board is tentatively expected to consider a resolution to sell bonds next month.

Pinal County Manager Leo Lew guaranteed that the costs for the project will not come from taxpayer money, but the plans are meeting opposition from the local community.

Former Apache Junction supervisor Todd House said that although the community isn’t against economic development, some are concerned by the extreme cost of the project. House said that 15 years ago, a quarter-billion dollars was Pinal County’s entire budget.

Pam Burks of Gold Canyon Business Association also dissented, saying the people deserve to be represented in approving or disapproving the board’s proposal. Gold Canyon residents also sent six emailed comments to the board in opposition of the plan.

The new proposal comes as Pinal County and state officials have pushed to develop the area into a technology and manufacturing hub.

Gov. Doug Ducey announced a $700 million project in his State of the State address in January, focused on adding more lanes to the segment between Chandler and Casa Grande known as Wild Horse Pass.

John Halikowski, director of the Arizona Department of Transportation, said improving the conditions of the I-10 is an essential component in boosting the state’s economic growth.

“The Governor’s investment into the expansion of I-10 is the leadership that is needed to lock in Arizona’s future as an economic powerhouse and continue to improve the quality of life for all Arizonans,” John Halikowski said in a statement.

The county has also brought in a variety of facilities with major companies recently. Last September, Intel broke ground on two chip manufacturing facilities in Chandler with a $20 billion investment.

Electric car manufacturer Lucid Motors also opened its manufacturing facility in Pinal last year. The company also announced plans to increase production capacity from up to 34,000 electric cars per year currently to 90,000 vehicles per year by the end of 2023.