On the rise: Pinal County sees population growth while Maricopa tops the list 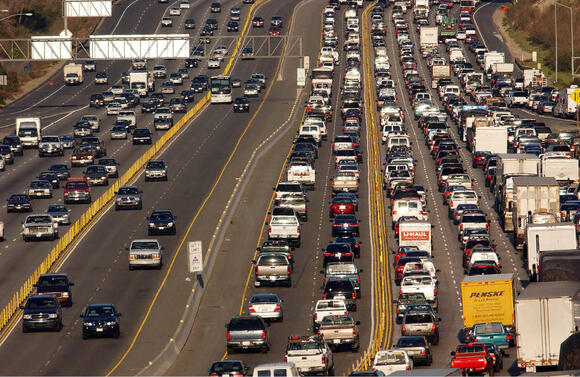 Earlier this week, the U.S. Census released a report naming Maricopa County as the largest by numeric growth, and the rise is spilling over into Pinal.

Maricopa County ranked fourth in population in 2021, and it topped the list for numeric growth. According to the report, Maricopa saw an influx of 58,246 in 2021 with 46,866 coming from domestic migration.

According to the independent population analysis organization World Population Review, Pinal saw a 3.34% annual growth rate in 2021. The total population estimate for the county is 449,557. Within Arizona, 2020 data ranks Pinal County as the third most populated county in the state.

The population change in Pinal and Maricopa counties is offsetting a trend of natural population decreases seen around the U.S.

Natural decreases are caused by a larger number of deaths than births in a population. According to the bureau, the dropping numbers are likely caused by fewer births, an aging population and increased mortality, which was exacerbated by the COVID-19 pandemic.

The number of people migrating within the country is growing, and data shows that more people are moving out of more populous counties to smaller ones. 58% of counties saw increases from migration in 2021, while 41.8% lost residents. Additionally, a majority of counties nationwide saw positive domestic migration overall from 2020 to 2021.

“Even though over time we’ve seen a higher number of counties with natural decrease and net international migration continuing to decline, in the past year, the contribution of domestic migration counteracted these trends so there were actually more counties growing than losing population,” Christine Hartley, assistant division chief for estimates and projections in the Census Bureau’s Population Division, said in the report.

Maricopa County’s population wasn’t small before, but now the Phoenix metropolitan area has increasingly become an attractive destination for transplants.

Arizona’s climate and positive economic performance compared to elsewhere in the country is likely spurring the state’s appeal.

Despite the intensely hot summers, Arizona’s seasons are usually temperate, ideal for people who like to go outdoors. Arizona’s Office of Economic Opportunities reported that total nonfarm employment increased by 126,900 jobs year-over-year in February, and the state unemployment rate decreased to 3.6%. The unemployment rate in Maricopa and Pinal counties more than halved year-over-year from 6.7% in 2020 to 3.1% in 2021.

More job opportunities are also on the horizon as manufacturers eye Arizona, and Pinal especially is working to establish itself as a manufacturing hub.

The county has been undergoing plans to formalize a “tech corridor” along Interstate 10, and it made a name for itself with the opening of electric vehicle company Lucid Motors’s plant in Casa Grande. The county has also pitched itself as a potential destination for semiconductor manufacturers, a highly profitable and much needed commodity amid massive global chip shortages.

As Maricopa County continues to grow, real estate is skyrocketing. In turn, the surging prices in Phoenix are drawing more buyers to Pinal County. Two-bedroom, two-bathroom single family homes in Pinal County can go for less than half the price of what buyers would typically find in Central Phoenix.

Although home prices are far cheaper compared to Maricopa County, the influx of residents is driving prices up drastically. According to data from RocketHomes, the median sold price for homes in Pinal County has gone up 34.5% since February 2021.