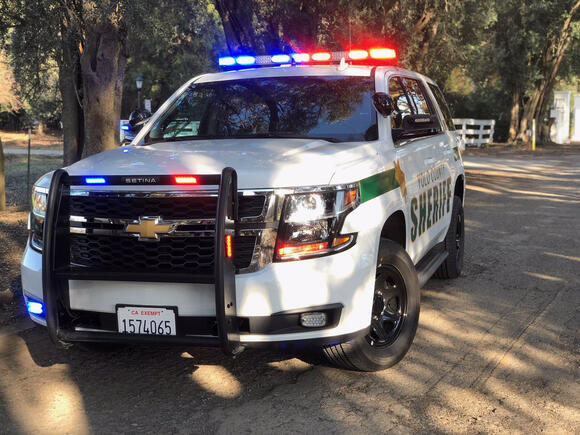 “The homeowner, who is an elderly male, remained on scene and was cooperative with investigators,” deputies said.Yolo County Sheriff

The shooting happened in the Yolo County community of Guinda, located east of Sacramento and north of San Francisco.

The suspected intruders have been identified only as a man — who died from the gunshots — and a woman, who is expected to survive.

“On July 20, 2021 at approximately 9 PM Yolo Sheriff Deputies responded to a residence in the 15000 block of County Road 45, north of the town of Guinda, regarding a report of a shooting that occurred at the residence,” the Sheriff’s Office stated. “One of the callers was the homeowner, who advised the dispatcher he had shot an intruder on the property. When Deputies arrived, they located an unresponsive male and a responsive female adult that had both sustained gunshot wounds. Deputies performed CPR on the male until paramedics arrived. The male adult did not survive his injuries. The female was transported to the hospital by an air ambulance and is expected to survive.”

Sheriff’s officials stated the confrontation began after the homeowner was victimized earlier in the day.

“The homeowner, who is an elderly male, remained on scene and was cooperative with investigators,” deputies said. “It was learned that the homeowner had returned to his residence earlier that afternoon and discovered a recent burglary had occurred at his residence. Tools and a firearm were stolen during that burglary. Several hours later the homeowner was alerted to the intruders when he saw headlights from a vehicle on his property. The homeowner was confronted by the two intruders inside the building he was staying in and the shooting occurred. The homeowner’s statements were consistent with the preliminary crime scene investigation. The homeowner did not know the deceased male and female that were shot.”

No identities are being released in the incident yet, sheriff’s investigators stated.

“In this stage of the investigation, the involved individual’s names are not being released,” deputies added. "The deceased male and female did have an extensive and recent serious criminal history. No outstanding suspects are believed to be involved and no arrests have been made at this time. Due to this being an ongoing investigation, this is all of the information that will be released at this time. At the completion of this investigation, investigators will forward their findings to the Yolo County District Attorney’s Office for review.”