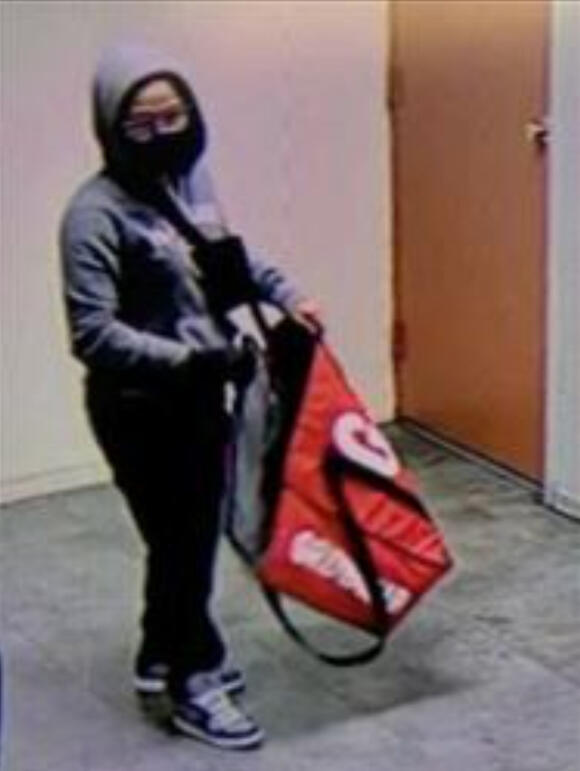 In one of the break-ins, the suspects smashed the window of an Audi Q7 and stole sunglasses.Daly City Police

“Do you know these car burglars?” The Daly City Police Department asked. “These two subjects are believed to be responsible for several recent auto burglaries and package thefts at 1551 Southgate Avenue. They are associated with the depicted vehicle—a silver Subaru Forester that has dark tinted windows, black rims, and a roof rack. If you have any information, please contact the Daly City Police Department at (650) 991-8119 and refer to case #21003981.”

Residents said they were not terribly surprised to hear of the crime at the condo complex.

“I own a unit there,” one man commented. “The package theft has been happening for a while, but car thefts are new. They have just gotten very bold. Californians vote for more crime. They got it.”

“Am glad I know my neighbors' vehicles and who they are,” another person stated. “Most traffic lights and freeways are now equipped with surveillance cameras, this crime will be solved in an instant.”

“Even if they get arrested they will be out at the same with a gift card from the state,” another commenter said.

Police revealed in a crime bulletin what thieves went after in one of the thefts.

Normally quiet suburban Daly City was shaken by three violent home invasion robberies that happened within seven hours of each other earlier this month.

All the incidents happened on July 6 between the hours of 5 a.m. and noon. In one of the incidents, a man told police the home intruder pointed a gun at him, and asked, “Do you want to die?”

In another home invasion that day, a resident grabbed his gun and opened fire on the intruder breaking into his house.

“On Tuesday, 07-06-21 at approximately 11:15 a.m., several officers were dispatched to a residence on the 300 block of Higate Avenue on a report of another in-progress home invasion robbery,” Daly City Police stated in a bulletin. “The dispatcher said the suspect was described as a male wearing all black and that the suspect kicked in the door. One of the victims told the officers he was sleeping in the lower in-law unit with his wife when he was awakened by some type of commotion coming from another part of the residence. The 73-year old victim said he started looking around his house and found one of the doors to the backyard was partially forced open. The victim told his wife to call 911, and he looked out his window and saw a gray Infiniti backed up to his driveway. The victim said he went back to his bedroom and armed himself with his gun. He said the suspect started forcing a bedroom door open, and he saw a suspect clad in all black clothing. The victim said he fired several rounds, and the suspect ran out of the garage, up the stairs, and out the front door. The victim said the vehicle was gone from the driveway. The suspect initially entered the residence by prying the rear door/security gate. The victim who lived on the upper main level said his property was discarded in the backyard.”