Man arrested after trying to lure children into his truck with candy at city park, police say 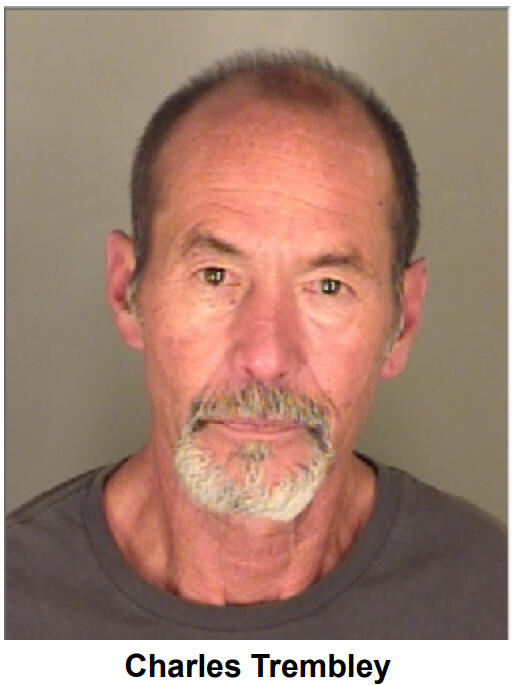 The troubling incident happened at a city park named after Dennis the Menace.Monterey Police

A man has been arrested in connection with trying to lure children into his vehicle with a bag of candy in the middle of the day at a city park.

Had it not been for an alert adult who was nearby and intervened, police said, the suspect might have committed a much more sinister crime.

“On July 15, 2021, at 12:02 p.m., Monterey Police Officers were dispatched to Dennis the Menace Park at 777 Pearl Street regarding a report of a male loitering in the area and attempting to entice young children into his vehicle with candy,” police said. “An adult in the area saw this and intervened. The male suspect left the area before officers arrived. The male was described as an Asian male approximately 50 years old, thin build, 5’6” tall, with dark hair and crooked teeth. He was last seen driving an older model, maroon-colored, small GMC or Chevrolet truck with a silver metal rack on the bed.”

Police received a break in the case when they found a vehicle that matched the description given by the vehicle.

“On July 16, 2021, Monterey Police Detectives identified Charles Trembley, 61 years old of Hollister, as the suspect in this case,” police stated. “Trembley is the registered owner of a truck with distinct features matching the suspect vehicle description provided by witnesses. Trembley was also identified by witnesses as the suspect. Monterey Police Detectives obtained an arrest warrant for Trembley for violation of 647.6 PC - annoying a minor.”

Officers moved in that same day to take the suspect into custody.

“At 11:45 p.m, Monterey Police Officers with the assistance of the Hollister Police Department contacted and arrested Trembley at his residence in the 300 block of Haydon Street, Hollister,” police continued. “Officers searched Trembley’s truck and recovered a bag of candy consistent with the description provided by witnesses. Trembley was booked into the Monterey City Jail and his bail was initially set at $3,500. Officers requested a bail enhancement and Trembley’s bail was set at $100,000.”

Police credited the witness and the children who were lured with having helped them crack the case.

“The MPD would like to thank the public and our local law enforcement partners for their assistance in this investigation,” police stated. “The MPD also applauds the courage and bravery of the victims who refused Trembley’s offerings and the bystander who intervened.”

Police offered these tips to protect children when they are confronted by people who they may not know:

● Don’t talk to strangers. ● Don’t take anything from strangers. ● Don’t go anywhere with someone you don’t know. ● Stay more than an arm’s reach from strangers. If you are approached by a stranger, seek help immediately. ● Trust your instincts, if you feel you are being followed or something is not right, seek help immediately. ● If a stranger grabs you, do everything you can to stop him or her from pulling you away. Drop to the ground, kick, hit, bite, and scream. Do whatever it takes to attract the attention of others who can help you. If someone is dragging you away, scream, “this is not my dad,” or “this is not my mom.” ● Report any suspicious activity to your local school and police department.