Some Golden Gate Bridge drivers were overcharged tolls for months. Here's what you need to check. 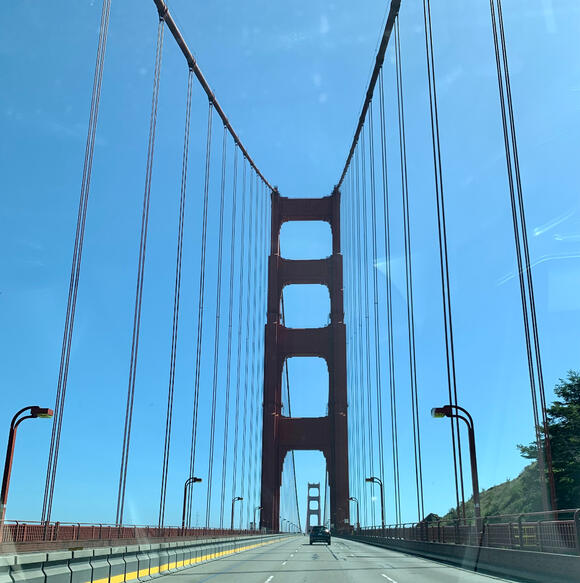 Crossing the Golden Gate Bridge is expensive enough. Malfunctioning equipment made is more expensive for some drivers.Golden Gate Media

Some drivers who crossed the Golden Gate Bridge in the last few months were overcharged as much as three times the normal toll. Officials blamed malfunctioning toll collection equipment in one of the lanes at the toll plaza that charged a erroneous higher rate.

“We recently became aware of a FasTrak tolling system issue wherein a small number of customers in two-axle vehicles (e.g. a car or pickup truck) were overcharged at the multi-axle toll rate (e.g. a car towing a trailer or a semi-trailer truck),” the Bridge and Highway Transportation District stated. “We are working diligently to identify the affected transactions and will be refunding all customers with overcharged tolls due to this issue. This problem represents less than one percent of all transactions over the past few months.”

The current toll to cross the iconic span is $7.70 per private auto with a FasTrak transponder. The 48-hour pay by plate option charges drivers $8.40 online or $8.70 if an invoice is mailed to you.

For cars with more than two axles, the district charges much higher tolls starting at $23.10 for Fastrak equipped cars with three-axles to $60.90 for seven-axle vehicles whose drivers opt to pay via invoice. Bridges typically charge higher tolls for larger vehicles because the weight of larger vehicles does more damage on bridge decks.

Tolls at the Golden Gate Bridge are the highest of all the San Francisco Bay Area bridges. Tolls are collected in one direction only: for vehicles traveling from Marin County into San Francisco.

Toll revenue is used by the district to partially subsidize Golden Gate Transit and Ferry service. The pandemic has ravaged the district’s bus and ferry finances with fewer passengers commuting to and from San Francisco because of the regional shelter-in-place order.

“Customers with incorrect toll charges should expect to see a refund for the difference in tolls within four to six weeks,” the Bridge District stated about the mix-up. “FasTrak customers affected by this issue will automatically receive a refund credit to their account. Customers who already paid their overcharged toll via invoice will receive a refund in their original form of payment, either by credit card or through the mail. FasTrak accounts and credit card overpayments should be reversed quickly while mailing out checks to customers who paid by check will take a little longer.”

The district eliminated human toll takers in 2013 and converted them to an all-electronic toll collection system. The State of California did the same for the other nine state-owned Bay Area bridges during the onset of the pandemic — a change that has since been made permanent.

“Please note that FasTrak customer service is experiencing higher than usual call volumes and may be slow to respond,” the district warned. “We suggest contacting FasTrak only if you do not see your refund arrive within four to six weeks. We sincerely apologize for the inconvenience.”