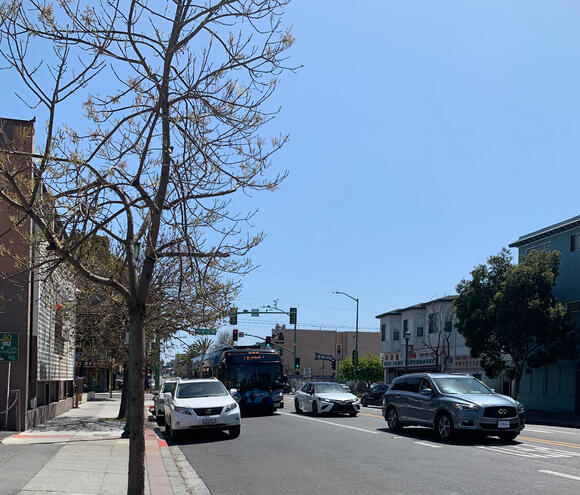 Oakland is seeing an alarming surge in violent crime, but police data shows a troubling increase in armed carjackings citywide.

Oakland’s homicide rate was the only other crime category that showed a bigger increase year-over-year. Oakland has recorded at least 47 homicides in 2021, an increase of 200 percent over 2020’s figure.

Carjackings being committed around the city and in neighboring communities are brazen, sudden, and can be violent if the subject does not comply.

Early Wednesday morning, a man was shot at a Valero gas station in East Oakland after he refused to give up his car to a group of armed carjackers.

The victim drove himself to Highland Hospital where he was treated for a gunshot wound to the arm.

“Many of these incidents appear to be crimes of opportunity,” the department said in March. "Sometimes the stolen vehicles are used in other crimes like residential robberies and theft of personal belongings. Often, multiple suspects are involved in committing these crimes.”

Gangs of criminals will often times follow their victim and look for an opportune time to carrying out the crime.

“In some cases, victims have reported that while in their vehicle at stoplights or stop signs, individuals have tried to take their property,” police stated. “There are also reports of individuals intentionally crashing their vehicles into a victim’s vehicle. When the victim attempts to exchange information, the suspects steal their vehicle.”

“There are a number of things that make your vehicle attractive to thieves—including make, model, and the value of certain parts,” according to the Insurance Information Institute. “Know that it's not always the most valuable, the flashiest, or the most expensive car makes and models that are most desirable. So whatever your car, don't make it convenient for would-be criminals.”