Museum wants to preserve old BART cars before they're all scrapped. Here's how you can help. 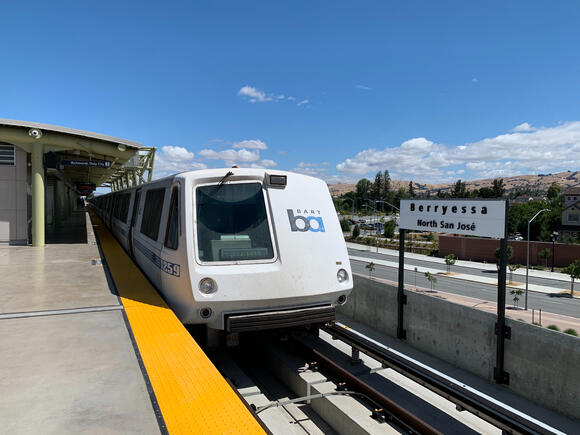 A Solano County historic railway museum is on a mission to preserve a fast disappearing piece of Bay Area history.

The Western Railway Museum in Rio Vista is looking to save a number of Bay Area Rapid Transit (BART) train cars before they are all replaced by a fleet of newer cars currently being delivered to the transit district.

The museum plans to build a brand new exhibit dedicated to BART, and how the system transformed the San Francisco Bay Area into what we know it to be today.

Don't miss a shred of news! Follow us for in-depth, informative, and provocative news and information for the San Francisco Bay Area.

“The Rapid Transit History Center (RTHC) is an exciting new project by the Western Railway Museum,” the project mission reads. “The RTHC will give guests the opportunity to learn about the history of the Bay Area Rapid Transit or better known as BART. Museum guests will learn about early concepts and challenges BART had when constructing a new transit system during the Space Age.”

The museum plans to preserve three “legacy” BART cars from the fleet that is being retired and put them on display at the center. Planners want to put BART’s history and impact on full display. Topics that will be explored include: “How increased travel demand required a unique solution [that was] solved by the immediate success of BART's opening and its Transbay Tube alternative.”

Other topics include the construction of the Transbay Tube and the Berkeley Hills tunnel, and how the latter was built over the Hayward earthquake fault. The center will also showcase BART’s revolutionary automatic train control technology that allowed computers to operate trains, rather than human beings — a first in the United States when BART came to be in 1972.

“Can you help us reach our goal to save BART history for future generations to see and learn from?” the museum is asking the public. It is asking for donations to help bring the project to life. You can donate through the Western Railway Museum website or through the project’s GoFundMe page.

“The Museum has several concepts in the works of how we plan on displaying up to three original Legacy Fleet cars. Each car will be carefully picked based on condition and history. Cars being considered have a history with U.S. Presidents, movies and build date,” according to the project plan.

COVID-19 has closed the museum until further notice, but the Solano County institution, which is operated by the Bay Area Electric Railroad Association, is near and dear to families, history, and train buffs who value its place in saving electric railcars from a bygone era.

“The mission of the Bay Area Electric Railroad Association is to preserve the regional heritage of electric railway transportation as a living resource for the benefit of present and future generations,” its mission statement reads.

The museum has 50 historic cars on-site and 22 miles of track on 22 acres of land in eastern Solano County. Before the pandemic struck, staff and volunteers regularly operated historic streetcars and interurbans on the museum’s private railroad right-of-way.