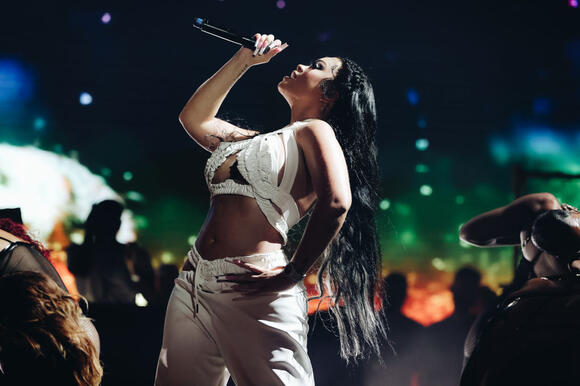 (ATLANTA, Ga.) Atlanta rapper Latto is heading back to the city for the final stop of her Latto 777 tour.

The rapper has headlined a 24-date tour across the U.S. and will be performing at the Tabernacle on Saturday at 8:00 p.m.

No openers or guest performances have been announced for the show, but hometown heroes are known to grace the stage in support of upcoming artists.

(ATLANTA, Ga.) A benefit concert is taking place in Atlanta on July 7 to honor the legacy of the late U.S. Rep. John Lewis. Usher, Atlanta native and Grammy Award-winning singer, will headline the Beloved Benefit concert alongside Maroon 5.

(ATLANTA, Ga.) A phone scam has resurfaced in the metro Atlanta area and law enforcement is warning residents. According to the DeKalb County Sheriff's Office, callers are posing as deputies or other employees of their agency to try to scam people out of their money.

(ATLANTA, Ga.) Atlanta-based yoga studio, Yonder Yoga, is expanding and opening two new locations beginning this summer. The first location will be outside the perimeter in the Dunwoody area and is set to open this summer. The new studio will be located in the Ashford Lane mixed-use center at 4520 Olde Perimeter Way Unit 100.

(ATLANTA, Ga.) Quavo is making headlines again for his latest act of service. On behalf of his Quavo Cares Foundation, the rapper recently made a $150,000 donation to a local non profit organization, The Tender Foundation.

(ATLANTA, Ga.) Rapper Jack Harlow will be celebrating the release of his upcoming album, ‘Come Home the Kids Miss You,’ in Atlanta on May 11. The rapper will be at the DTLR store in the Camp Creek area starting at 4 p.m.

Food and drink events happening in Atlanta this week

(ATLANTA, Ga.) More food and drink events are making their way to the city this month. Here are some events happening in and around Atlanta this week:. Enjoy a “May the Fourth Be With You” celebration at Hampton + Hudson with trivia and a themed menu including a Frozen Stormtrooper drink. Attendees are encouraged to dress in Star Wars costumes to win prizes.