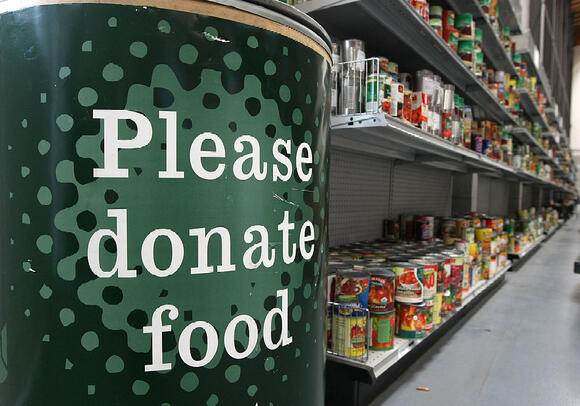 (ATLANTA, Ga.) With the help of millions of dollars in investment, The Atlanta Community Food Bank (ACFB) will continue to provide additional food and support to individuals throughout the state of Georgia.

According to BlueHub, the funds will go towards the ACFB’s efforts to add 81 new full-time employee positions, retain current employees, and distribute 107 million pounds of food this year.

In a press release statement, BlueHub Capital’s CEO, Elyse Cherry said that BlueHub wants to support the ACFB due to the organization’s budgets and operations experiencing challenges due to the pandemic.

ACFB estimates more than half of the people it serves are working families that earn too much to qualify for Supplemental Nutrition Assistance Program (SNAP) benefits, but not enough to meet their basic needs with rising healthcare, housing and food costs.

Kyle Waide, the Food Bank’s president and CEO, said in a statement that their organization’s food distribution rate is up 65% during the pandemic and that they spent $20 million on food last year.

“This investment has helped us not only offset expenses but really restore working capital so we can continue to be aggressive in responding to food insecurity in our community,” Waide said in a statement.

The ACFB was founded in 1979 in an effort to end hunger by providing foods to thousands of people across metro Atlanta and north Georgia through more than 700 nonprofit partners. In March 2020, days before nationwide pandemic shutdowns, the food bank moved to its 345,000-square-foot headquarters and distribution facility in East Point — the largest of its kind in the country — to immediately ramp up operations far beyond initial plans.