Another Broken Egg Café expands to new location in Atlanta 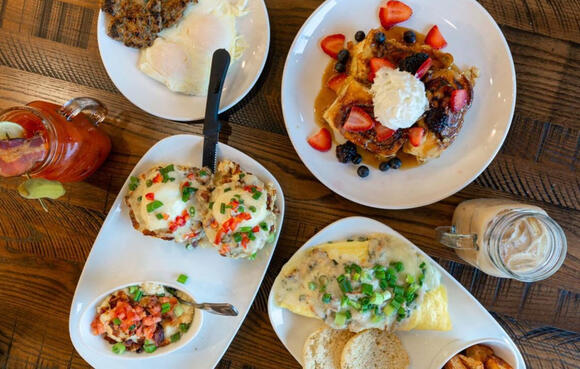 (ATLANTA, Ga.) One of the Atlanta’s most popular breakfast and brunch spots is expanding to a new location.

Another Broken Egg Café is known for its egg dishes, brunch sandwiches and specials board.

The casual dining venue is opening a new Atlanta-area location at 2285 Peachtree St. NE, Suite 103, according to a permit application dated February 3rd.

The application notes Another Broken Egg will open the space that housed The Imperial Fez, before the Mediterranean restaurant and lounge relocated to Norcross.

So far, renovations to the 3,850 square-foot restaurant space are estimated at $580,000 with Ohio-based design and architecture firm L+P Architecture listed as the designer for the restaurant’s interior.

Today, Another Broken Egg is a Florida-based company, although its roots go back to 1996, when the very first location opened in Mandeville, LA. This year, the brand, according to FSR Magazine, plans to grow by as many as 18 locations throughout the U.S.

The breakfast and brunch eatery is known for its filling meals, craft cocktails, spiked coffees and bottomless mimosas.

Guests can enjoy appetizers and meals like the smoked salmon Benedict, cinnamon roll french toast, and biscuit and gravy. Burgers, salads and sandwiches are on the menu for those who prefer lunch over breakfast. While you can enjoy a spiked coffee, you can order up a nice cup of joe without the added spirits.

Another Broken Egg Cafe currently has locations in the Roswell, Vinings and in Atlanta located at 4745 Ashford Dunwoody Rd, Atlanta, GA 30338.

(ATLANTA, Ga.) A benefit concert is taking place in Atlanta on July 7 to honor the legacy of the late U.S. Rep. John Lewis. Usher, Atlanta native and Grammy Award-winning singer, will headline the Beloved Benefit concert alongside Maroon 5.