Countdown to the 15-Min Gameplay Preview of Elden Ring 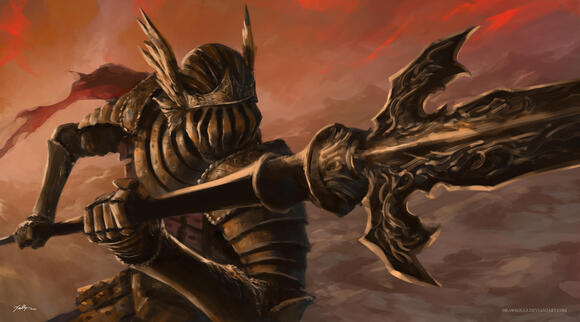 Everyone hold onto your hats, From Software is about to drop the long-awaited gameplay trailer for Elden Ring. Both the developer and publisher Bandai Namco have revealed that they will unveil the official gameplay trailer tomorrow on their official YouTube and Twitch channels at 7:00 AM PDT/10:00 AM EDT. Without a doubt one of the most anticipated releases, this gameplay trailer will easily be something that nearly everyone in the gaming community will be anticipating, almost as much as the title itself.

This new gameplay demo won’t be the only thing that fans can look forward to this month for Elden Ring. FromSoftware is also running the Network Test from November 12-14, which is essentially an early demo of the opening moments in the game. Fans who signed up before the deadline will be selected by the studio to participate and then offer feedback once they’ve completed it. This was revealed alongside the announcement that the game was delayed until February 25, 2022, which was a slight push from the original launch date.

FromSoftware has been building this moment up for a very long time. Ever since it was initially shown off at the Summer Game Fest, the hype has been increasing steadily and it’s about to reach a boiling point. As we’ve already stated, Elden Ring is easily one of the most anticipated titles to release in 2022, and the fanbase of the SoulsBorne genre has been chomping at the bit to get their hands on this one. Thankfully, and very soon, we’ll see how the game is shaping up and how it plays.

The Elden Ring 15 minute gameplay demo will be revealed tomorrow at 7:00 AM PDT/10:00 AM EDT on the company’s official YouTube and Twitch channels. Don't forget to set a timer for yourself and watch it live!

What Is So Special About Xbox Cloud Gaming?

People vector created by pikisuperstar - www.freepik.com. Hi there, everybody! I hope y'all had a great time getting your best deals on Black Friday!. Xbox Cloud Gaming is Microsoft's Xbox cloud gaming service. Initially released in beta testing in November 2019, the service was later launched for subscribers of Xbox Game Pass Ultimate on September 15, 2020. Xbox Game Pass cloud gaming is provided to subscribers of Ultimate at no additional cost.

What Made the Metaverse of Roblox So Attractive?

Back when I first started Roblox, I was about 11 or 12. I thought it was the best thing ever next to Minecraft. I’m 18 and I’ll still play it every now and then. What first caught my attention about it was that it reminded me of LEGOs and I LOVED LEGOs a lot, especially at that time. I loved building things, making my little Minifigures go on adventures. The limits were my imagination. The same goes for Roblox. It’s all about creation and fun. You can make your own games to share with the world. You can play what other people have made. And it’s not just about games either, it can also be used for art and technology. Now let’s not also forget you. You have your own avatar that can be customized in several different ways, from hats to hairstyles to your clothing, and even silly or cool-looking faces. And every month, they’re adding more stuff and people are creating more things for you to put on your character.

Much to my chagrin, it has been a week since the release of “The Elder Scrolls V: Skyrim” and I am only now sitting down to write my review. Why? Because I’ve been playing it. Among its other sterling qualities, the game is engaging to the point of being almost unputdownable (it’s a word).

We all know that free Android games aren’t always free these days, but many of them are very close if you have a little patience. Most free-to-play bottlenecks occur when players get impatient and waiting for the game out can usually get around those pitfalls. What we have here are the best free Android games that you should be able to play comfortably without engaging in too many in-app purchases and we hope you enjoy them. This is a hall of fame style list so the options here will only change if something better comes along. Let’s get started.

Are Non-Gamers Wrong About Gamers?

Most people seem to have talked about the stereotypical stuff like there are no female gamers, that we’re all chubby nerdy dudes, etc. Where did those come from? This time right here, I’ll try to be original.

Is New World Really Worth Your While?

"Among Us" Adds 4 New Roles, Cosmetics, and Cosmicubes!

Four new Among Us roles are now available, and they shake up the game in surprising and exciting ways. Everyone knows about Crewmates and Impostors by this point, but now, there are different roles for each team to play. Impostors now have the ability to disguise themselves as any other Crewmate using the new Shapeshifter role, and the Crewmates have a few new tricks up their sleeves in the form of the Scientist, Engineer, and Guardian Angel roles. There’s a lot of new stuff to learn about, and there’s a whole new layer of strategy in the game now.

Welcome to Mexico! But Can We Fix Forza Horizon 5 Crashing First?

Forza Horizon 5 is one of the hottest titles of the year. The last title in the series was back in 2018 and this is the twelfth main installment of the game. The game allows you to explore an open-world environment with the ride of your choice. The game came out on early access today, but not all players on PC are having the best experience as they find themselves stuck with a crashing game. Users are reporting the Forza Horizon 5 crashing, crash at startup, and launch issues on PC. Fortunately, there are some quick solutions you can apply to fix the issue. Keep reading to find out.

What Are Your Expectations for Horizon Forbidden West

I've been trying to keep my expectations as low as possible, about pretty much any project, that is out of my hands. Be them games, movies, or TV series. Because lately, we've been getting these curveballs, that miss more than they hit.

The first preview of “Elden Ring’s” starter classes has been revealed, giving players a quick look at the many different playstyles that the game has to offer. The “Souls” series has always had a flexible class system, and it seems like “Elden Ring” will feature the same style of character customization.

Just a week before it launches, Bethesda finally revealed how much Skyrim Anniversary Edition will cost: $50. But what you’re actually getting in the latest version of the decade-old game is a bit confusing, so let’s break it down.

Netflix Rolls Out Its Mobile Gaming Service with 5 Games

Netflix has globally rolled out its mobile gaming service on Android with several titles that are already available, including ones based on its hit Stranger Things show. The games are available for free to Netflix subscribers as it competes with newer video streaming entrants such as Disney+ and HBO Max.

Why Is Horizon Zero Dawn So Popular on PS4/PS5?

Horizon Zero Dawn is the best-selling PS4 exclusive for a number of reasons. The first thing that struck me about Horizon Zero Dawn was how drop-dead unbelievably gorgeous the game is. Everything looks great: Aloy, the environments, the robots, and other humans, literally everything. Aloy looks great and is wonderfully animated. There are a huge array of environments in Horizon Zero Dawn; dense jungles, frozen tundras, imposing mountains, dilapidated cities, futuristic military installations, and alien cauldrons. The diversity of biomes is just staggering and even though it feels weird that they are all within walking distance from one another. There is just always something new and interesting to see. The robots all look great as well; they are all richly detailed with multiple layers of weapons, armor, and synthetic muscles as well as being amazingly animated. They also have great visual design so it is easy to tell from a glance what robot you were fighting and even if you have never encountered a robot before you can make a good guess as to how dangerous an enemy robot is going to be and what it does. This great visual design extends to the other human characters too; all the tribes have a varied visual design that also gives hints towards their origin and culture. The game also has this habit of setting up the most beautiful scenes organically and you will just want to stop and stare for a while.

Red Dead Redemption 2 had, and this may sound crazy, the best opening weekend in the history of ENTERTAINMENT. Let's unpack that. By "entertainment," this means movies, books, music, and of course, video games. All that. The game sold 17 million copies in its first weekend, raking in about three-quarters of a billion dollars.

Jen Oneal will leave Activision Blizzard to focus more on diversity in the gaming industry to 'hopefully make a broader industry impact'. Activision Blizzard co-leader Jen Oneal on Tuesday, November 2, decided to step down from her role, giving full control to Mike Ybarra and the videogame publisher put off the launch of two much-awaited titles, sending its shares down 10%.

What to Expect from "God of War: Ragnarok"?

I'm a fan so this might be a long one. When in Apr '18, God of War was released. I couldn't handle it. I'm not exaggerating one bit here. If you've played the whole series & I mean each title so far. You probably do feel for Kratos. What he had to go through, what he did to others, it's just a different kind of otherworldly thing to explain so I won't even bother.

Sneak Peek and Takeaways from the Latest Open-World RPG

Tencent looks to release an open-world RPG called "Honor of Kings: World". Check out the trailer from Gamatsu here:. Tencent and CAPCOM once worked on "Monster Hunter Online" together. We should have every reason to trust its capabilities in this genre.

My presence is a present. Heya gamers, how was your Halloween celebration? Did you have lots of fun dressed as one of your favorite characters? Haha, I for one really enjoyed it, because I got to wear the DIY costume of Hades from “Familiar Warfare”. Something like this: