The Left Banke's Blend of Rock and Bach: Book Excerpt 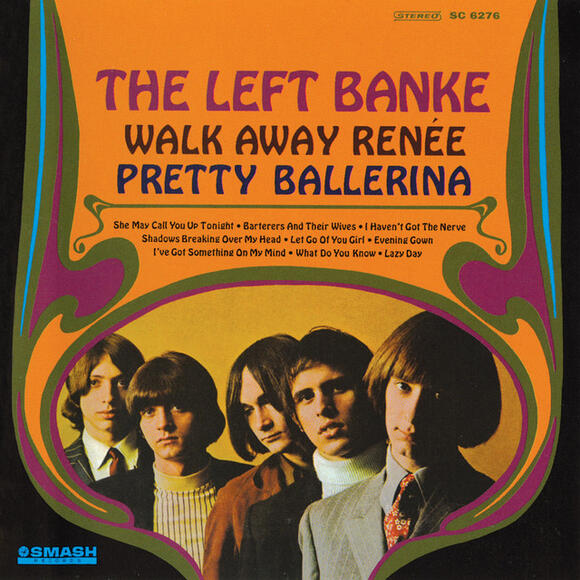 World United was a small studio in the mid-1960s at 1595 Broadway owned by Harry Lookofsky, a respected jazz and classical symphony violinist. Reparata & the Delrons and the Magic Plants were among the groups that recorded there. But World United is best remembered as the studio where the Left Banke recorded their 1966 hit “Walk Away Renée.”

The complexity of the song belied the youth of 16-year-old composer Mike Brown, Lookofsky’s son. Brown played keyboards and soon began rehearsing there with his friends, singer Steve Martin, guitarist Rick Brand, bassist Tom Finn, and drummer George Cameron. The teens called themselves the Left Banke and Brown, whose background was in classical piano, set about writing songs. Lyricist Tom Fair joined the band soon after the song’s success.

“The initial sessions took place in World United studio, owned by Mike Brown’s father, Harry Lookofsky, and run by brothers Bill and Steve Jerome, who were co-producers on a number of other studio projects,” Fair recalled in Big Takeover.

“The studio itself was kind of ratty by today’s standards, way up in the back of a dingy old building on Broadway and 48th Street in midtown Manhattan. There was an old upright piano on one wall of the studio, and another in a separate office in the same building. That office served as the publishing administration office.

“Walk Away Renée” by the Left Banke

“Mike would sit at the piano and command rehearsals with his superior musical knowledge. The rest of us would stand around the piano and sing, trying to achieve his ideal vision of each song he originated.

“All we did was go upstairs to the studio, and play and sing all night long,” added Cameron. “When things needed to change, we would go next door to this arcade called Fascination, and play this bingo-style ball game. The workers there loved us, we were so odd. I think that those were the best times. The music was still our driving force and we got along. Well, most of the time.”

Besides providing the studio and co-producing the song, Lookofsky played all of the strings on “Walk Away Renée.” Martin sang the lead and Brown the signature harpsichord. The Left Banke recorded one more hit, “Pretty Ballerina,” at World United in late 1966.

"Pretty Ballerina" by the Left Banke

When Lookofsky fired the Jerome brothers, co-producers and engineers of the hits, the band moved to Mercury Sound Studios at 110 West 57th Street. “The trust was gone,” Finn told the Please Kill Me website. “Now, we were at Mercury Studios recording with some by-the-book staff engineer with a white shirt and tie, who didn’t understand the first thing about what we were trying to do. That was the beginning of the end for us.”

Mike Brown left the group shortly after and the Left Banke never charted again, though “Walk Away Renée” was a Top 10 hit for the Four Tops in 1966. When Tom Finn died in 2020, he was the last surviving member of the group.