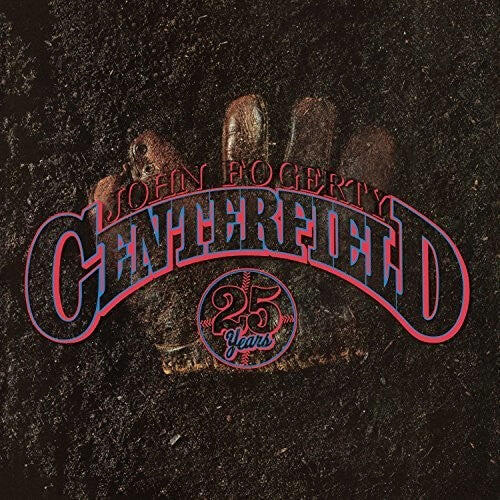 Every Major League Baseball team will start its 2022 season on Thursday or Friday this week. For John Fogerty, the annual return of baseball also marked a career comeback.

In the mid-1980s, Fogerty found himself at a creative dead end. His most productive period had been from 1968–1972, when he and his band, Creedence Clearwater Revival, charted nine Top 10 singles.

But 1972 saw the acrimonious break-up of the group and Fogerty claimed he lost millions of dollars to money managers. Two solo albums earned lukewarm sales and reviews. Fogerty told Time that creatively, he had gone dead dry.

“My creative switches had kind of gone off,” he said. “There was an anvil over my head. I would owe music for the rest of my life. Writing, the music, my understanding of ‘arrange’ and ‘produce’ were gone. But I told myself that when I got good enough musically, it would come back. I knew that if I kept working on the music, not getting somebody else to play bass or anything for me, that if I somehow understood the music again the way I did in the beginning, when it was so personal, when I did it with my own two hands, I knew that somehow each of the motions would help release me.”

Nine years would pass before a new album would emerge. Fogerty worked daily for months at his studio in El Cerrito, California, hoping to reignite his spark. Fogerty told the Tampa Bay Times that he asked himself, “What is really important to you?”

“I have always felt my whole life that springtime and spring training is the most hopeful time. It’s almost a metaphor for life. Everything is brand new, you’re going to start all over. Everybody is in first place on Opening Day. So I tried to get that sense of hopefulness.”

“Centerfield” became the title track of Fogerty’s triumphant 1985 comeback album. The title, he recalled in the New York Times, grew out of the stories his father had told him about the legendary Bronx Bombers.

The inspiration for the song’s most memorable line came to Fogerty during a tense moment during a ballgame.

“There’d be some guy out there, maybe a pitcher, or somebody else maybe not doing so well,” he told the Associated Press. “And there’d be like a rookie, sitting on the bench, and I would transform me into that guy. I would always yell at the TV, ‘Put me in coach, put me in!’”

The careful listener will hear references to baseball greats Joe DiMaggio, Willie Mays and Ty Cobb. And the “Brown Eyed Handsome Man”? “Besides the wonderful Chuck Berry song itself, I was thinking of Jackie Robinson,” Fogerty told Ultimate Classic Rock. “That’s what that was always about.”

The Centerfield LP went to number one and its title track became a between-innings staple at ballparks across the country. But Fogerty says its meaning is about more than the national pastime.

“It is about baseball, but it is also a metaphor about getting yourself motivated, about facing the challenge of one thing or another at least at the beginning of an endeavor,” Fogerty told MLB.com. “About getting yourself all ready, whatever is necessary for the job.”

Mastropolo is the author of Fillmore East: The Venue That Changed Rock Music Forever