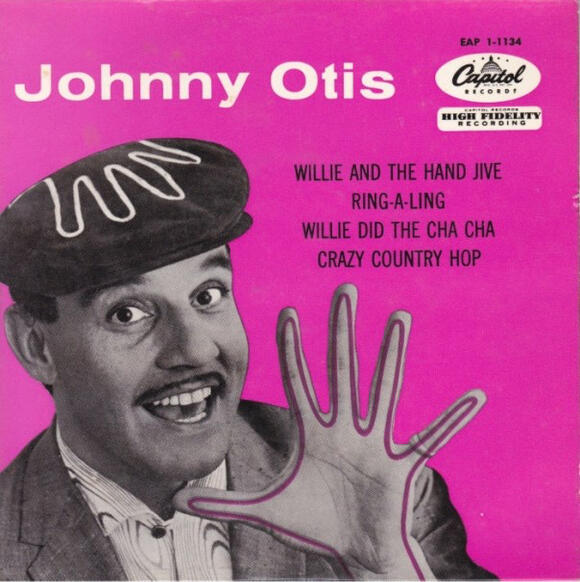 Otis was born Ioannis Alexandres Veliotes to Greek-American parents in Vallejo, California. His father owned a grocery store in the African American section of town. Otis's love of the community’s culture and music led him to live as a Black man. He wrote, “As a kid, I decided that if our society dictated that one had to be Black or white, I would be Black.”

Taking the name “Otis,” the young musician found that with his dark Greek complexion and hipster persona, he was accepted into the Black community. Otis told Soulbot UK that he blended easily with Black musicians.

"I was just another musician in that pool. And we played music, there wasn't anything special about that. They accepted me as Black, and there were plenty of Black players who were much whiter looking than myself, Willie Smith, Earl Warren.

"I didn't try to pass, it was just a foregone conclusion that 'he's Black,' nobody questioned that. Because it was against the law, why would we do that?"

Otis got his started during the Big Band era of the 1940s, playing drums with swing orchestras. As the big bands died out, Otis scaled down his orchestra and helped pioneer what would become rhythm & blues. He had an eye for talent, discovering R&B greats Etta James, Jackie Wilson, Hank Ballard and Little Willie John.

As The Johnny Otis Show, Otis toured with a troupe of performers that was a forerunner of the rock and roll and soul revues of the 1960s. History of Rock describes these wild performances.

"Otis' stage shows were something else. They would open with him doing a solo on the drums and vibes that would last ten minutes before the rest of the band would come on stage. There were always female vocalists (Little Esther, Willie Mae Thornton, and Marie Adams) that could really shout the blues.

"Willie and the Hand Jive" by Johnny Otis

"They would then be followed by a male vocalist (Mel Walker) who was smooth with the ballads. The show climaxed with a vocal group (the Robins) followed by a number or two by the Otis band with Otis frantically switching back and forth from the drums and vibes."

Otis’s most memorable song was inspired by rock pioneer Bo Diddley, whose Bo Diddley Beat has been the core of countless hits. Buddy Holly’s “Not Fade Away,” the Miracles’ “Mickey’s Monkey” and “Marie’s the Name” by Elvis Presley are just a few.

In creating the sound of “Hand Jive,” Otis added the sounds of the music sung by a chain gang he heard while touring in the early 1950s and the infectious handclaps of the 1952 song “Hambone,” recorded by the Hambone Kids.

The roots of the Hand Jive dance go back much farther, writes David Cranstoun Welch in Perfect Sound Forever.

"The Hand Jive . . . involved an intricate pattern of handclaps on various parts of the body which follow and imitate the percussion instruments. Fundamentally, it was a more refined version of the schoolyard game of Pat-a-Cake.

"The Hand Jive involved thigh-slapping, cross-wrist-slapping, fist-pounding, elbow-touching and a move known as the hitch-hike. The Hand Jive had its roots in much earlier forms of African American musical expression like the Juba Dance or the 'hambone,' both known by the earlier term of 'Pattin' Juba,' which itself derives from the African 'Giouba.'"

"Willie and the Hand Jive" by Eric Clapton

With the scorching guitar of Jimmy Nolen, Earl Palmer’s relentless drumming and Otis’s vocals, “Willie and the Hand Jive” in 1958 became a dance craze and a huge crossover hit. Eric Clapton and George Thorogood have recorded Top 40 versions of "Hand Jive."

Mastropolo is the author of Fillmore East: The Venue That Changed Rock Music Forever, one of Best Classic Bands’ Best Music Books of 2021