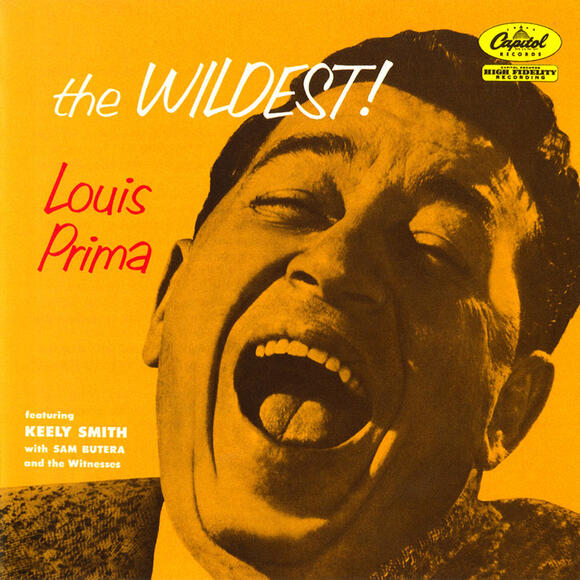 Many music fans don’t realize that when they listen to David Lee Roth’s 1985 version of the medley, they hear a note-for-note copy of Prima's 1956 recording. The arrangement of the two standards was written by Prima sideman Sam Butera, who was furious because he was never compensated by Roth. Butera was angry with good reason; Louis Prima’s take remains the classic version despite the huge success of Roth’s version.

Though many people think it is one song, “Just a Gigolo” and “I Ain’t Got Nobody” are two unrelated tunes written many years before Butera paired them for Prima’s Las Vegas stage act. Columnist Mark Steyn writes that composer Leonello Casucci and lyricist Julius Brammer scored a hit in 1928 Austria with “Schöner Gigolo,” or “Beautiful Gigolo,” a tale of a soldier after World War I forced to make a living selling dances to lonely women.

Composer Irving Caesar was hired to pen a version for the American market. Caesar moved the war hero to a café in Paris, where he told women, “If you admire me, please hire me.”

Caesar's version of the song was a success, recorded by Bing Crosby, Marlene Dietrich, and it even became part of a 1932 Betty Boop cartoon. Fast forward to 1956 when big band leader Louis Prima was hoping to relaunch his career in Las Vegas with a small combo led by tenor saxophonist Sam Butera.

Butera linked “Gigolo” with an even older tune, 1915’s “I Ain’t Got Nobody,” written by Spencer Williams. Butera and Prima rewrote the lyrics of both songs to fit Prima’s jive-and-wail style.

"Just a Gigolo/I Ain't Got Nobody" by Louis Prima

When David Lee Roth chose the medley as his first single after leaving Van Halen, he scored a huge hit. Butera wasn’t pleased. “He copied my arrangement note for note, and I didn’t get a dime for it,” Butera told the New York Times in 1997.

"Just a Gigolo/I Ain't Got Nobody" by David Lee Roth

"In essence, David Lee Roth decided to launch his solo career with an act of appropriation," writes columnist Mark Steyn. "Not only did he lift another guy's arrangement but he couldn't understand why Butera would be miffed about it. One night, while the Witnesses were playing in Vegas, Roth swung by to catch the act and, afterwards, hailed Butera with a cheery, 'Hey, Sam!'

Butera's arrangement of the Prima classic has been recorded by Brian Setzer, Village People and others. Prima, 67, died in 1975. Butera continued to perform with the Witnesses and died in 2009 at age 81.

Mastropolo is the author of Fillmore East: The Venue That Changed Rock Music Forever