Fame Was a Curse for Gerry Rafferty 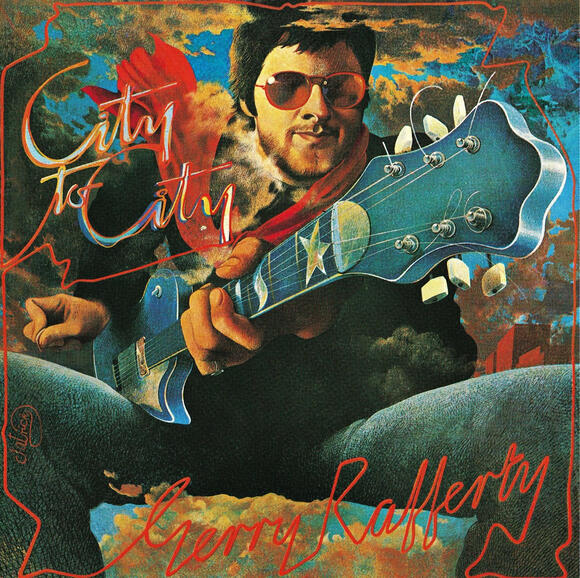 Scottish singer-songwriter Gerry Rafferty abhorred the recording industry. His first success as a member of Stealers Wheel, 1972’s “Stuck in the Middle With You,” was a parody of Bob Dylan’s style that poked fun at an industry cocktail party.

Rafferty’s opinion was reinforced by royalties that disappeared and an onerous management contract that took three years to unravel after Stealers Wheel dissolved.

Unable to release any new material until his legal issues were resolved, Rafferty returned to Scotland, where he continued to write. Rafferty told The Telegraph that the legal wrangling inspired what would become his signature song.

“Everybody was suing each other, so I spent a lot of time on the overnight train from Glasgow to London for meetings with lawyers. I knew a guy who lived in a little flat off Baker Street. We’d sit and chat or play guitar there through the night.”

“Baker Street” was co-produced by Hugh Murphy and Rafferty for the 1978 solo album City to City. Perhaps most memorable is its melancholy saxophone solo, which Rafferty has called “a bit of magic.” The solo has been credited with an uptick in saxophone sales and a renewed use of the instrument in pop music.

Rafferty told Colin Irwin that he’d written the line but wasn’t sure what instrument should play it.

“When I wrote the song I saw that bit as an instrumental part but I didn’t know what. We tried electric guitar but it sounded weak, and we tried other things and I think it was Hugh Murphy’s suggestion that we tried saxophone. We phoned Pete Zorn to do it, but he said his lip had gone and he couldn’t do it, but he gave us the names of five or six other people.

“We hadn’t heard of any of them, but one of the names was Raphael Ravenscroft, so Hugh said with a name like that we’ll try him! So he turned up with this real beat-up old saxophone; it was falling apart with the keys falling off and gaffer tape everywhere, but because Raph plays really, really hard it was just the right sound for the track. And the rest is history.”

Despite Rafferty’s success with “Baker Street,” he continued to shun the star system and granted few interviews. Rafferty maintained that he hated the celebrity that came with success.

“Bob Dylan once said that fame was a curse. I think that, from an early stage in my career, I was aware there were many, many pitfalls of so-called celebrity. Once you have entered into that world you can no longer be the observer in life and I have always valued that highly. You become the observed.”

Although “Baker Street” made Rafferty a millionaire, he was plagued by alcoholism and depression the last two decades of his life. He turned down working with Paul McCartney and Eric Clapton and rarely toured despite follow-up hits like 1979’s “Get It Right Next Time.”