Arthur Conley’s Eternal Question: ‘Do You Like Good Music?’ 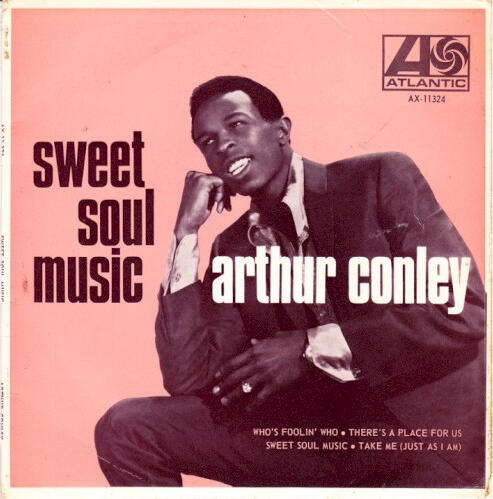 By 1966, soul shouter Otis Redding’s career was at a crossroads. Rumored to be unhappy with Stax Records, Redding established Jotis Records with managers Alan and Phil Walden and producer Joe Galkin (the “J” in Jotis). With Jotis, Redding hoped to break and produce new talent.

Though the song met with little success—and Jotis soon folded—Redding believed in Conley’s talent. In January 1967 Redding and the Waldens brought Conley to producer Rick Hall’s FAME Studios in Muscle Shoals, Alabama. In Skydog: The Duane Allman Story, Alan Walden explained that Conley recorded two singles at FAME produced by Hall, who then declined to continue as Conley’s producer.

“Rick decided that he didn’t want to continue doing Arthur himself,” said Walden. “But Otis believed in Arthur Conley, and he said, ‘I’ll take Arthur Conley and go to FAME Studios with my road band and produce him myself.’ So Otis and Arthur Conley and I went to the studio with Otis’s band. Jimmy Johnson was the engineer. We recorded ‘Sweet Soul Music’ — which, of course, became a million-seller.”

What makes the track memorable are the name-checks of the great soul artists of the era. The song celebrates “Going to a Go-Go” by Smokey Robinson and the Miracles, “Love Is a Hurtin’ Thing” by Lou Rawls, “Hold On, I’m Comin’ “ by Sam and Dave, “Mustang Sally” by Wilson Pickett and Redding’s own “Fa-Fa-Fa-Fa-Fa (Sad Song).” James Brown is crowned “King of them all, y’all.”

The funky sound of “Sweet Soul Music” was no accident. The FAME rhythm section, later immortalized by Lynyrd Skynyrd in “Sweet Home Alabama” as “the Swampers,” would become one of the hottest house bands in recording history. By 1967, the band would include drummer Roger Hawkins, guitarist Jimmy Johnson, keyboard player Barry Beckett, and Albert “Junior” Lowe on bass.

“Sweet Soul Music” would rise to No. 2 on the Billboard chart in 1967. Conley never enjoyed comparable success again and in 1975 relocated to Europe. Conley settled in the Netherlands and in 1980 legally changed his name to Lee Roberts — his middle name and his mother’s maiden name. Conley promoted new bands through his Art-Con Productions company and continued to record and perform, fronting Lee Roberts and the Sweaters.

Fame Was a Curse for Gerry Rafferty

Scottish singer-songwriter Gerry Rafferty abhorred the recording industry. His first success as a member of Stealers Wheel, 1972’s “Stuck in the Middle With You,” was a parody of Bob Dylan’s style that poked fun at an industry cocktail party.