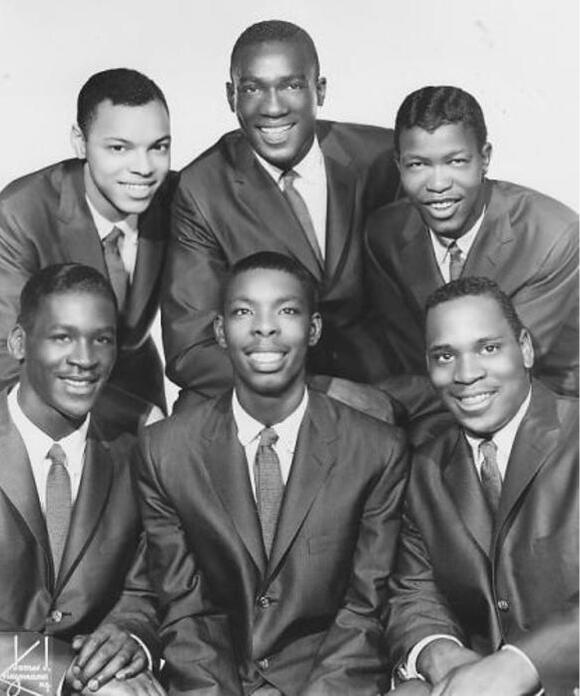 The Monotones Ask the Eternal Question

A group of teenage friends from Newark, New Jersey’s Baxter Terrace housing projects in 1955 formed the Monotones, patterning themselves after doo wop stars like the Heartbeats, the Cadillacs and the Spaniels. Lead singer Charles Patrick, first tenor Warren Davis, second tenor George Malone, bass man John Smith, second bass John Ryane and his brother, baritone Warren Ryanes took their name from a group that was breaking up. Richard Crouse writes in Who Wrote the Book of Love? that one of the group’s members remembered that the name fit these close friends perfectly because “the word means ‘one tone,’ and we were so close, like one.”

The Monotones’ first taste of success was a win on Ted Mack’s Amateur Hour in 1956, the American Idol of its day. Hoping to build on that, lead singer Patrick searched for a song that could become the group’s first single. that Patrick’s inspiration came from an unlikely source.

“Patrick went to a sheet-music store to look for songs for his band to record," writes Crouse. "An old Four Lads tune called ‘Book of Love’ caught his eye just as the shop’s radio was playing a commercial for a popular brand of toothpaste.

“‘You’ll wonder where the yellow went,’ the radio trumpeted, ‘when you brush your teeth with Pepsodent.’

“Patrick was amused by the jingle, humming it while paying for the sheet music and making his way home. He met with his friends where they worked on new material. Singing together, they came up with a new song based on Patrick’s visit to the sheet-music store. Borrowing the Four Lads’ title and combining it with the hook of the toothpaste commercial, they produced their version of ‘Book of Love.’ The band thought the up-tempo ditty was cute, but they were concentrating on ballads, which they thought were their strong suit. They agreed to play the song live but didn’t consider committing it to tape.”

The Monotones Perform "Book of Love"

But when another local band, the Kodaks, heard “Book of Love” and decided to record it, the Monotones hurriedly made a demo of the tune and shopped it around. They eventually landed a deal with a small label, Hull Records. On September 26, 1957, the group went into New York City’s Bell Sound Studios to record “Book of Love.” AllMusic explains that a happy accident inspired a memorable element of the song.

“(W)hile the group was rehearsing the intro of the song in the studio, a baseball came crashing through a window and — perfectly timed — hit a wall, causing a resounding crash. The group was listening to a playback of the song and sure enough, there it was: “Oh, I wonder, wonder who ba doo doo who — BOOM! — who wrote the book of love?” They decided to keep it, adding a solitary kick of a bass drum.”

The intricate harmony of the Monotones produced a doo wop classic that rose to №5 on the Billboard chart in 1958. The song’s lyrics are referenced in both Don McLean’s “American Pie” and Led Zeppelin’s “Rock and Roll.” Sha Na Na performed “Book of Love” at Woodstock and the song was part of the American Graffiti soundtrack. But the song never answers the question: Who wrote the Book of Love?