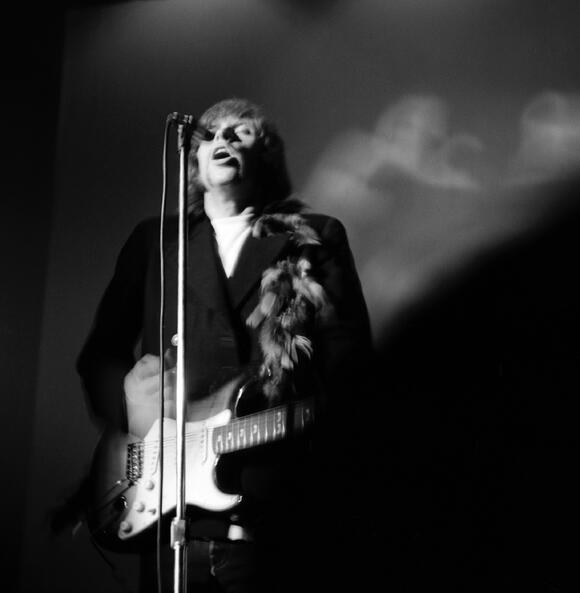 Moby Grape was one of the great underrated San Francisco bands of the 1960s. The Grape appeared at New York's Fillmore East on June 18–19, 1971, days before the East Village concert venue closed its doors for good. Here guitarist and singer-songwriter Jerry Miller recalls Fillmore East producer Bill Graham and the band’s “worst night.”

Jerry Miller: Bill Graham was the bottom line, the man. He just knew how to put things together, he was there at the right time, and he ran the show. He made sure everything happened on time. Bill ran a tight ship, man, and he got everything right.

Bill was fair. He had a kind of personality, you didn’t want to mess up with him. Because he would snap at you. He would have made a good foreman or something. You’d have got the job done.

One of the main things I remember was Bill out in front of the Fillmore and it was a night you had the Grateful Dead, Jefferson Airplane, and Moby Grape playing two sets each and this guy’s out in front moaning that three dollars is too much. And Bill is saying, “That’s a fair price!” They’re out there ready to roll out the knuckle drill. And they’re arguing back and forth and I’m laughing.

One night we played, we went out there, it was the last time we played there, of course, because we had this idea we were going to go out and sit down and play. And Bill Graham said, “All right, all you guys need is coffins.” I said, “Oh, man.”

We always had these goofy ideas. But I didn't think it was such a great idea. We were doing new stuff, kind of alternative stuff, trying something. It was just different. The alternative guys, the ones that were just comin' in, they were playing anti-music. They thought we were the heroes of all time. Because we were half in tune. It wasn't our best night, I'll admit that.

That night was something else. I had friends out there and they were laughin'. We finally got up. But we started off sitting down.

Bill liked me but he hated the Grape. He thought that was the biggest batch of adult delinquents he had ever seen. It was just not our best night. Matter of fact, it was probably our worst night.