5 Bold Predictions for the NBA Season 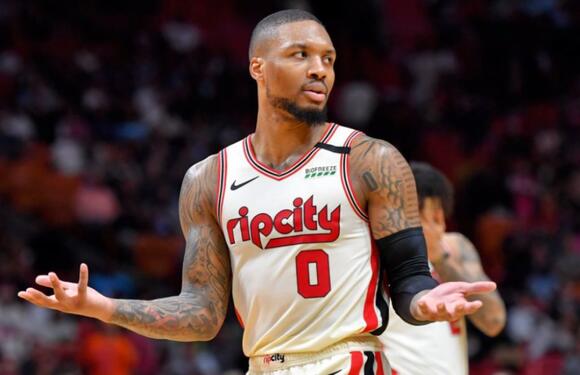 With every season comes a lot of uncertainty. At the start of last season, if you would’ve told me the Finals would be played in Disney World with no fans and some of the worst ratings of all-time, I would’ve made sure you hadn’t just jumped into a brick wall head first. There is no way to predict what will transpire, but I can certainly make some educated guesses/predictions. Let’s jump right into it. Here are my five bold predictions for the 2020-21 NBA Season.

On paper, this team is stacked. Too bad talent isn’t the only thing that matters; just ask the 2003-04 Los Angeles Lakers. An extremely sensitive Kevin Durant comes back along with Kyrie Irving who can’t take criticism, responsibility, and says stuff like: “I don't really see us having a "head" coach. KD could be a head coach, I could be a head coach (some days)." Add all that toxicity to Mike D’Antoni as an assistant and to first-year head coach Steve Nash. What about the role players likely thinking they were just fine without KD and Kyrie if things start going south? I don’t see how in the hell this works.

This Portland team is really Damian Lillard doing everything to cover up the holes left by the other players on the team, minus CJ McCollum. He looked like an absolute stud to start the season, and looked other-worldly in the bubble. Although it wasn’t enough to get to the promised land, Dame has shown he can easily carry this team to relevance. I have a bad feeling Luka Doncic gets hurt sometime this season (I hope I’m wrong) and the voters aren’t going to give it to Giannis again no matter how good he is. With LeBron James and Anthony Davis likely resting a lot, I don’t see a player more likely to win than Lillard.

The Miami Heat had a great run last season. Here’s the problem: the cracks are showing. Jae Crowder shot 43% from deep against the Bucks and is now in Phoenix. Jimmy Butler shot 46%. Crowder played a big role in multiple wins and Butler shot only 24% from deep in the regular season. Butler’s shooting will come back down to earth, and losing Crowder means they are going to lose a fair amount of production from deep. They did win in five, but even head coach Erik Spoelstra said the series was closer than it looked. They don’t have enough anymore. Add in Tyler Herro being absolutely exposed in the Finals, and the recipe to defeat Miami has been revealed.

Clippers Will Be a Five Seed at Best

Where to start. The Los Angeles Clippers fired coach Doc Rivers and hired a Ty Lue, whose only claim to fame is a championship in which LeBron and Kyrie played some of the best basketball in playoff history and still needed seven games. The Clippers are fractured, with all of the special treatment given to Paul George and Kawhi Leonard. Losing a big piece and hustle player like Montrezl Harrell won’t help things at all. There will be a lot of infighting and, with all due respect, there is no way Lue can effectively deal with it. I can easily see the Lakers, Mavericks, Nuggets and even possibly the Suns, or another sleeper, finishing ahead of them. Again, it’s more than just talent.

Hear me out. The Milwaukee Bucks blazed past everyone and jumped out to a 2-0 lead on Toronto in the 2018 ECF. Then, they lost four straight. Bud Budenholzer was quoted saying he doesn’t change the offense and you “hope it works out.” His scheme may work in the regular season when teams have little time to prepare, but in the playoffs? It doesn’t work. Why do you think every one of his teams has turned to shit in the playoffs.

He’s 32-32 in his career in the postseason. With the talent on the Bucks, that’s nothing short of pathetic. He refused to play any starter more than 30 minutes against the Heat this past year and was embarrassed. If he can’t make it to the Finals with one of the best two way guards in the league in Jrue Holiday as maybe the THIRD option, he needs to literally be chased out of Milwaukee. This is the season. Finals or bust. Unfortunately for Budenholzer, if he keeps pulling the same crap he has in the past and they don’t make it, his ass is grass.

Clyde Edwards-HelaireCredit: Charlie Riedel/AP Photo. On Sunday Night Football, we saw two top AFC contenders face-off, though only the road team truly showed up to play. The Kansas City Chiefs were handled with ease, and injuries were the main takeaway from their side. One of the biggest injuries was to their running back, and we recently got a Clyde Edwards-Helaire injury update that provides a bit of clarity.

The Los Angeles Rams had a decisive 34-14 victory over the Chicago Bears Sunday night during their Week 1 debut. Of course, all eyes were on the Rams’ shiny new offseason addition — Matthew Stafford. In his new yellow and blue digs, the former Detroit Lions quarterback more than delivered.

Can Taylor Heinicke be a Legit Starting NFL QB?

Taylor HeinickeCredit: Geoff Burke/USA TODAY Sports. Taylor Heinicke has now played in back-to-back games for the Washington Football Team and has looked like a capable starting NFL quarterback both times.

The injuries to running backs continue. While the Baltimore Ravens have been the most cursed, San Francisco 49ers fans must be having horrible flashbacks to last season. In the 49ers vs Lions matchup, San Francisco lost cornerback Jason Verrett for the season. There was also a Raheem Mostert injury that didn’t initially seem serious, though it irritated fantasy football owners everywhere.

The time has come. It is officially football season! The Los Angeles Chargers head to the nation’s capital to take on last year’s NFC East Champions for their Week 1 matchup.

What is going on in Baltimore? News broke Thursday afternoon that they have suffered more injuries. They had already seen JK Dobbins and Justice Hill suffer season-ending injuries. Now, there has been a Gus Edwards injury that will reportedly end his season as well. Before playing a single snap, the Ravens have lost their top three running backs.

The college football season is officially beginning in Gainesville! The Florida Gators will open their 2021 season at home against the FAU Owls on Saturday night in a 7:30 pm Kickoff. The Gators will have a bunch of fresh faces on their roster for this Florida Atlantic vs Florida matchup, after losing eight starters to the 2021 NFL Draft.

The Los Angeles Chargers shocked many with a few surprising roster cuts as the regular season arrives. Los Angeles utilized the entire preseason as tryouts for the team. Hardly any of the starters played, besides a few linemen and linebackers. That allowed for many of the backups and rookies to earn reps in the three games. Regardless of the results, head coach Brandon Staley and his staff had a lot of thinking to do leading up to Tuesday’s roster deadline.

Did the Cincinnati Bengals Get the Final Roster Correct?

The Cincinnati Bengals cut the roster to 53 on Tuesday and there was not a shortage of surprising moves. There were fan favorites that shockingly made the final cut, while some fell just short.

The NASCAR Cup Series Playoffs are now upon us. To kick off the chase for the 2021 championship this week, the drivers and teams will visit the track “Too Tough to Tame”. Darlington Raceway will host the last NASCAR Crown Jewel event of 2021, the Southern 500. There is a ton of storied history behind this race. All three NASCAR national series will take to the track on this Labor Day Weekend to provide fans with an action-packed two days.

Cincinnati Reds Are Surging Towards the MLB Playoffs

The Cincinnati Reds have surpassed the San Diego Padres for the second Wild Card spot, with 38 games remaining. The Reds are picking up momentum at the perfect time, as their sights are set on the postseason. They hold a one-game lead over the Padres and sit 7.5 games back from the Milwaukee Brewers for first place in the NL Central.

Nearly 500 players on final rosters last season were undrafted. With the Chicago Bears lacking depth at some positions, there are a handful of undrafted rookies that are pushing for a spot on the 53-man roster.

The bulk of NBA Free Agents have signed new contracts this season. However, there are still many players who, surprisingly, do not have a team to begin the new season with. Here are some of the top NBA Free Agents still remaining.

Colorado Rockies on Pace to Make Some Obscure Baseball History

After a forgettable “season” last year, Major League Baseball returned with a vengeance in 2021. Yes, we are still stuck with some of 2020’s lunacy, including seven-inning doubleheaders and the extra innings ghost runner. Nonetheless, the 2021 baseball season has been compelling since the very first pitch on Opening Day.

Have you heard that there has been a bit of tension between MVP Aaron Rodgers and the Green Bay Packers front office? Surprising, I know. This topic has been discussed ad nauseam this summer, with stories being recycled as news and fake stories becoming the most influential among the Packer fan base. Due to this, it’s safe to say the majority of Packer Nation has turned on the reigning MVP, with many calling for an Aaron Rodgers trade so the drama can simply end.

After the Los Angeles Lakers bombshell Russell Westbrook trade, their roster consists of five players. They solved a major problem with the trade for Westbrook, by giving LeBron James another playmaker on the team. However, they also created a couple more issues by sending off their best shooter and some valuable depth, which they must address in NBA Free Agency.

The Philadelphia Eagles are a team that have been bitten by the injury bug so often in recent years. On Monday, they got two more unfortunate pieces of injury news. The first directly involves their team, with first-round draft pick DeVonta Smith reportedly having a sprained MCL in his knee that will keep him out of practice for two to three weeks. The second one is an indirect blow, with Indianapolis Colts quarterback Carson Wentz getting foot surgery, which could have him out anywhere between 5-12 weeks.

Can the Cincinnati Reds Realistically Make the Playoffs?

The Cincinnati Reds made it abundantly clear at the MLB Trade Deadline that they were attempting to make the playoffs. They acquired three relievers to aid their MLB-worst bullpen, and Cincinnati is expecting key players to make their return from injury extremely soon. The biggest roadblock the Reds are facing is chasing the star-studded Brewers and Padres.

On Monday, ESPN’s No. 2 prospect in the class of 2022, Quinn Ewers, announced he would be forgoing his senior year of high school to enroll at Ohio State. Ewers would have been a senior at Southlake Carroll this upcoming season.