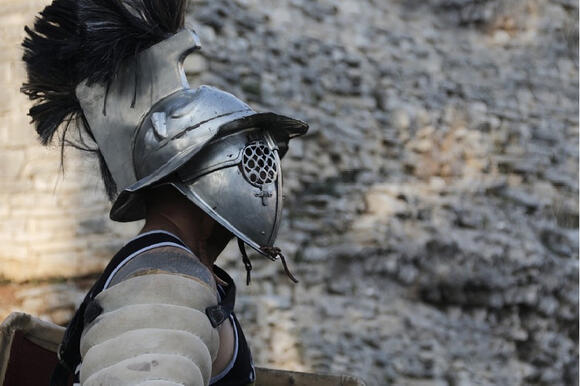 Ancient Romans have dominated a vast part of history, thanks to their influential presence in the world. Yet, despite their superiority in world history, some practices and beliefs originating from this part of the world make no sense now. Let’s look at three of such Roman practices that would have been vehemently opposed if introduced in the present times.

Though the Romans were forerunners in science and technology, including medicine, they did follow some stupid practices that raises the question: how did this happen?

One of such mind-blowingly crazy practices was drinking gladiator blood. They believed that drinking gladiator blood would help treat epilepsy. Several ancient doctors promoted this belief for centuries. Immediately after the death of a gladiator, the demand for his ‘warm blood’ would skyrocket, and the vendors sold the blood at insane prices.

2. Left-handed people were considered evil in the Roman society

For a long time, left-handed people were considered ‘evil’ in society or Satan’s spawn across many cultures and religions. Likewise, even in ancient Roman civilisation, doing anything with the left hand was considered inappropriate or uncultured.

The ancient Roman society was the first to initiate shaking right hands. They wore the wedding ring on the middle finger of their left hand. They believed that this would keep the ‘evil’ from the left hand away.

In the first century A.D., a strange tax was introduced in Roman society, the ‘urine tax’. This tax was imposed to monitor the urine distribution from the public toilets. People who bought urine were expected to pay the tax.

Urine was considered an important commodity back in the day and was used to develop medicines and other chemical processes like cleaning, wool production, and tanning.

Traitors in History Who Didn’t Hesitate To Betray Their Own: Anthony Johnson, Maurice Papon, Mir Jafar

If there is anybody to be blamed for the gruesome history as we know today, then we can all agree on one word: traitors. Throughout the past and across the cultures, some people were hypocrites of the worst kind. Never once do they feel uncomfortable selling out their people in exchange for money and fame. Let’s have a look at three of such cowards from history.

Perks that Alexander the Great had and nobody else did: Aristotle as a teacher, a great predecessor, the Persian Empire

A statue of Alexander the Great in TajikistanFlickr. Alexander the Great was only thirty-two years of age when he died. Despite the short life he lived, he made a name for himself for centuries to come. His empire stretched over three continents and was a Greek ruler, a Persian King, and an Egyptian Pharaoh at the same time.

Olympia, Pisa, Corinth: Tiny Places That Left a Huge Mark on the Map

The entrance of the stadium in Ancient Olympia, GreeceWikimedia Commons. Several great nations, countries, and cities contributed a lot to history in terms of arts, culture, science — you name the field. Even in the present, some cities continue to influence us in most aspects of our lives. London, Athens, New York, and multiple other big cities worldwide hold prominence in the world for their culture, opportunities, and influence. Yet, history wasn’t made solely because of the contributions of the big cities. There were smaller nations, countries, and towns with tiny populations that left a massive mark on the world map because of their powerful cultures, influential political systems, and their incredible structures.

The ruins of HerculaneumGraham Hobster from Pixabay. Pompeii was an ancient city in present-day Italy destroyed in 79 A.D. after a dreadful volcanic eruption from Mount Vesuvius. Though people are aware of this horrific event, very few are aware that on the same day, another city, Herculaneum, was also destroyed because of this eruption.

There is always something interesting about the vast sky that envelopes us - especially the strange formations and shapes visible in the sky during the days and nights. These have not only excited us but have also puzzled scientists for years. Perhaps we may finally have some exciting revelation about these.

According to a recent study published by Penn State researchers, there has been a sudden increase of 31% in gun violence across 28 states of the US. Though the primary reason behind this sudden spike remains uncertain, researchers argue that the added stress and unpredictability of the unforeseen pandemic must have caused people to rush towards stores, get a gun, and have the illusion of ‘controlling’ at least some aspect of their life.

Mr Goxx, the crypto-trading hamster is a better investor than you and your investor buddy from the office.

Everybody is into cryptocurrency these days. Most people you meet are buying either one or the other form of cryptocurrencies. It's evident why anybody would want to invest in them - the return, which may be great. Yet, like any other investment opportunity, it's tough to predict how your investment is going to play out. And this is where Mr Goxx comes into the picture.

Earth’s Oxygen Level Has Dropped Dangerously Low. Your future may be shorter than you think.

Every time you breathe the polluted air in an overcrowded city or fresh air in the countryside, little do you realize the privilege of breathing in oxygen. Nobody does. Living on an oxygen-rich planet is something that we all take for granted. As it turns out, this perk may not last for too long.

The Norwegian resistance that kept Hitler from getting nuclear weapons, the Bretton Woods Conference, the Crimean War

Germany was very close to building the atomic bomb — which would have changed the course of historyPhoto by Science in HD on Unsplash. The world, as we see it today, is a marriage of events that happened and the ones that didn’t. Fallen empires, lost wars, forgotten heroes, and unexpected decisions in history have shaped the present we live in. Though we celebrate many events from history and remember many historic idols, there are events from the past that do not get enough credit as they deserve. Let’s look at some of such historical coincidences that played a significant role in our existence in the present times.

Who doesn’t love a quality treasure hunt regardless of its quantity? Even if the treasure hunt holds hidden promises that may never be fulfilled, one can’t deny the thrill it keeps. History bears witness to many such quests that uncovered some of the most expensive, exquisite, and exotic treasures from shipwrecks. Let’s have a look at some of them.

Unpopular Historic Monuments Around the World: The Temple of Poseidon, Incallajta, and The Ruins of Nalanda

The Temple of Poseidon at SounionWikimedia Commons. Throughout human history, several cultures have developed beautiful structures that gained widespread recognition for the beauty, elegance, and importance they held. Yet, there have been monumental beauties that didn’t achieve the attention they deserved. Let’s have a look at some of such historical monuments around the world.

The reign of Queen Victoria stretched for more than half a century from 1819 to 1901. Of the many things, her rule is known for the rampant division between rich and poor — the rich became richer, and the poor became poorer. This was also a time when the crime rates increased, both among the rich and the poor. Let’s have a look at four such people who exploited the Victorian laws to satisfy their greed.

Quit Over-Snacking for a Healthier Lifestyle

When the pandemic hit last year and the sudden changes in the kind of life we started living, most people’s mental health was affected. Like everybody else, I was affected too. However, I found my solace in snacks. Tired? I snacked. Happy? I snacked. Sad? I snacked. Bored? I snacked. Have to deal with something? First snack. Snacking helped me cope with the loss, the helplessness, and to some extent, even the guilt. If anything, I became a habitual snacker.

Recent Poll: 45% of Parents To Not Get Their Kids Vaccinated Against COVID-19

A recent survey by Gallup concluded that over 45% of parents are not comfortable getting their children vaccinated against the COVID-19. Pfizer and BioNTech have geared up in providing younger children between the ages 5 and 11. Both the vaccine companies have confirmed the safety of their vaccines for children below the age of 12. However, only 55% have agreed on getting their younger kids vaccinated.

Ancient Egyptians Rode Donkeys and Invited the Dead to Meals

That’s the thing about historical facts: not all of them are necessarily the way you thought them to be, or worse: not all of them are true. That’s not all. The worst happens when certain ancient facts are tucked away far in a corner, and nobody talks about them anymore. This is when the historical lens through which we look at the world changes — the way we look at the past changes. Let’s discuss three of such ancient Egyptian facts that people don’t mention anymore.

Anglo-Zanzibar War, The Six-Day War And Other Short Wars

History is filled with wars that were fought to gain the upper hand, a better land, or to establish a tyrant — each fought with a different purpose and varying durations. Most of the time, however, wars were fought under conflicting situations to conclude. Sometimes the war ended within a matter of minutes, and sometimes it took years to determine the winning side. Let’s have a look at some of the shortest wars in history and why they were fought.

Middle Ages gave us the saunas, antibiotics, and calculus

‘The Large Ecce Homo’, a painting by Lucas van Leyden | The Age of Discovery allowed the rediscovery of any inventions lost to timePxhere. When the last Roman Emporer fell, the western world entered the Middle Ages. Along with the fall of the mighty Empire, their knowledge was also lost to time. This has been repeated quite a few times in history. Even now, our fragile future is dependent on technology that can blow us up anytime. Yet, any idea, unlike technology, is not volatile.

During the New Kingdom period, the Egyptian Empire was at its peak in terms of development. It had all kinds of power — wealth, military, and might. The Empire occupied a large area — from modern-day Syria to Sudan. During the thousands of years that the ancient Egyptians lived, they were big on fashion, health, and hygiene.