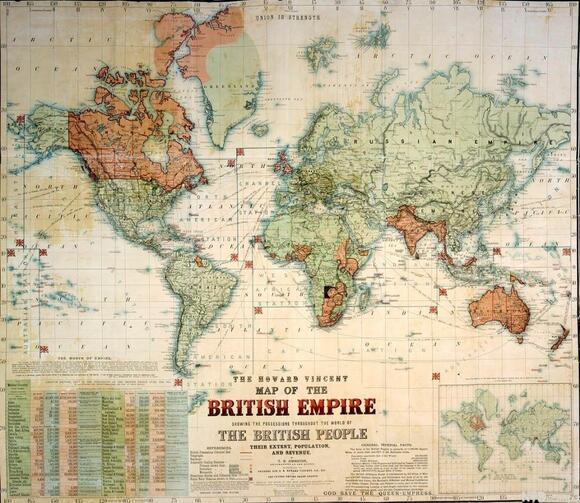 The reign of Queen Victoria stretched for more than half a century from 1819 to 1901. Of the many things, her rule is known for the rampant division between rich and poor — the rich became richer, and the poor became poorer. This was also a time when the crime rates increased, both among the rich and the poor. Let’s have a look at four such people who exploited the Victorian laws to satisfy their greed.

1. Justice Blackborough who bent the law to make more money

Being a judge, Justice Blackborough already made a fortune from his profession. However, like most rich people, greed for more got the best of him too. He realized that every time someone needed to be freed on bail, they would bribe him to set them free immediately.

Every time this happened, he was paid an amount equivalent to a poor daily wage worker of that time. Blackborough exploited this corruptive habit and put innocent people in jail. This way, he pocketed more money without any apparent guilty conscience.

2. George Hudson who robbed the rich 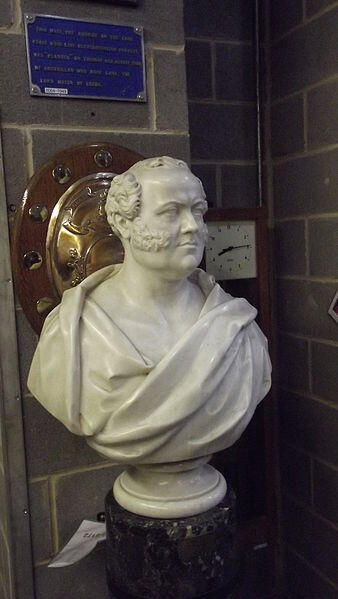 A statue of George HudsonWikimedia Commons

George Hudson who was a Member of Parliament for Sunderland is well known for expanding railways during the Victorian age. He supervised the construction of thousands of miles long railways all over Britain. However, his intentions were not all that saintly as it appears.

He deceived a lot of people to make money for himself during this period. Owing to his governmental position, he was not held unaccountable for his corruptive ways.

3. Lord MacDonald who robbed the poor

Known as one of the largest groups of Scottish families, the MacDonalds were very poor during the Victorian period. During the famine of 1848, they were barely surviving. The only source of their food was made available in Liverpool.

Seeing this opportunity, Lord MacDonald, the clan chief, bought all the food available and sold it elsewhere for twice the price he purchased. This is one of the times in history, where the leader let his people die for the sake of more money.

4. Victorian Government who exploited the poor 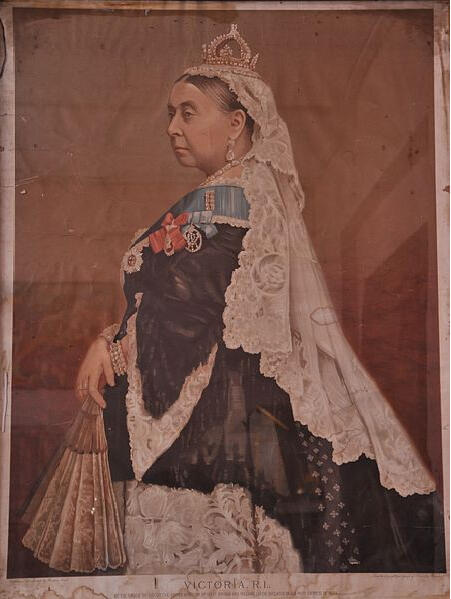 Most laws laid out in the Victorian era was aimed to better the lives of the affluent strata of the society. Often, the rich people were held unaccounted for their crimes, regardless of the extent of their atrocities. While for the poor — they were punished even for the smallest of crimes. Child labour was common during this period. Poor people lived under miserable sanitary conditions and congested areas.

Earth’s Oxygen Level Has Dropped Dangerously Low. Your future may be shorter than you think.

Every time you breathe the polluted air in an overcrowded city or fresh air in the countryside, little do you realize the privilege of breathing in oxygen. Nobody does. Living on an oxygen-rich planet is something that we all take for granted. As it turns out, this perk may not last for too long.

The Norwegian resistance that kept Hitler from getting nuclear weapons, the Bretton Woods Conference, the Crimean War

Germany was very close to building the atomic bomb — which would have changed the course of historyPhoto by Science in HD on Unsplash. The world, as we see it today, is a marriage of events that happened and the ones that didn’t. Fallen empires, lost wars, forgotten heroes, and unexpected decisions in history have shaped the present we live in. Though we celebrate many events from history and remember many historic idols, there are events from the past that do not get enough credit as they deserve. Let’s look at some of such historical coincidences that played a significant role in our existence in the present times.

Who doesn’t love a quality treasure hunt regardless of its quantity? Even if the treasure hunt holds hidden promises that may never be fulfilled, one can’t deny the thrill it keeps. History bears witness to many such quests that uncovered some of the most expensive, exquisite, and exotic treasures from shipwrecks. Let’s have a look at some of them.

Unpopular Historic Monuments Around the World: The Temple of Poseidon, Incallajta, and The Ruins of Nalanda

The Temple of Poseidon at SounionWikimedia Commons. Throughout human history, several cultures have developed beautiful structures that gained widespread recognition for the beauty, elegance, and importance they held. Yet, there have been monumental beauties that didn’t achieve the attention they deserved. Let’s have a look at some of such historical monuments around the world.

Ancient Romans have dominated a vast part of history, thanks to their influential presence in the world. Yet, despite their superiority in world history, some practices and beliefs originating from this part of the world make no sense now. Let’s look at three of such Roman practices that would have been vehemently opposed if introduced in the present times.

Quit Over-Snacking for a Healthier Lifestyle

When the pandemic hit last year and the sudden changes in the kind of life we started living, most people’s mental health was affected. Like everybody else, I was affected too. However, I found my solace in snacks. Tired? I snacked. Happy? I snacked. Sad? I snacked. Bored? I snacked. Have to deal with something? First snack. Snacking helped me cope with the loss, the helplessness, and to some extent, even the guilt. If anything, I became a habitual snacker.

Recent Poll: 45% of Parents To Not Get Their Kids Vaccinated Against COVID-19

A recent survey by Gallup concluded that over 45% of parents are not comfortable getting their children vaccinated against the COVID-19. Pfizer and BioNTech have geared up in providing younger children between the ages 5 and 11. Both the vaccine companies have confirmed the safety of their vaccines for children below the age of 12. However, only 55% have agreed on getting their younger kids vaccinated.

Ancient Egyptians Rode Donkeys and Invited the Dead to Meals

That’s the thing about historical facts: not all of them are necessarily the way you thought them to be, or worse: not all of them are true. That’s not all. The worst happens when certain ancient facts are tucked away far in a corner, and nobody talks about them anymore. This is when the historical lens through which we look at the world changes — the way we look at the past changes. Let’s discuss three of such ancient Egyptian facts that people don’t mention anymore.

Anglo-Zanzibar War, The Six-Day War And Other Short Wars

History is filled with wars that were fought to gain the upper hand, a better land, or to establish a tyrant — each fought with a different purpose and varying durations. Most of the time, however, wars were fought under conflicting situations to conclude. Sometimes the war ended within a matter of minutes, and sometimes it took years to determine the winning side. Let’s have a look at some of the shortest wars in history and why they were fought.

Middle Ages gave us the saunas, antibiotics, and calculus

‘The Large Ecce Homo’, a painting by Lucas van Leyden | The Age of Discovery allowed the rediscovery of any inventions lost to timePxhere. When the last Roman Emporer fell, the western world entered the Middle Ages. Along with the fall of the mighty Empire, their knowledge was also lost to time. This has been repeated quite a few times in history. Even now, our fragile future is dependent on technology that can blow us up anytime. Yet, any idea, unlike technology, is not volatile.

During the New Kingdom period, the Egyptian Empire was at its peak in terms of development. It had all kinds of power — wealth, military, and might. The Empire occupied a large area — from modern-day Syria to Sudan. During the thousands of years that the ancient Egyptians lived, they were big on fashion, health, and hygiene.

The arrival of Christopher Columbus to America, 1492Wikimedia Commons. Christopher Columbus first reached America in 1498. A year after Vasco da Gama discovered India, Columbus set out to find another distant, foreign island in May of 1498. On discovering the Paria Peninsula of Venezuela on the 5th of August 1498, Columbus became the first European ever to reach the American mainland.

Ancient BattlesThe Print Collector via Getty Images. 1. The Battle of Tsushima, 1905: the fall of Russia and the rise of Japan. In the early 1900s, Japan wanted to divide Manchuria and Korea into separate spheres of influence. However, their visionary plan was turned down by Russia. This fired up the Japanese and, on the 8th of February, 1904, they attacked Port Arthur, a Russian naval base in China. The Russian fleet was decimated during its first battle of the twentieth century.

Enola Gay and crew members (1945)Wikimedia Commons. Human history has witnessed the evolution of weapons insofar as they have always become better, more efficient, and deadlier than their previous versions. However, combat vehicles played a more important role in the outcome of battles than weapons. These vehicles bear testimony to the battles won, the people who died, and the destruction caused.

Graduating from college and entering official adulthood is hard. That’s the thing about adult life — the hardships are unending. One such difficulty is the loss of friendships.

The Tale of the Scorpion King, the Tale of Egypt’s Oldest Unsolved Mystery and Other Such Stories From Ancient Egypt

For over thirty centuries, Egypt was the leader of the Mediterranean world. From its consolidation in 3100 B.C. to its conquest in 332 B.C. by Alexander the Great, no other country surpassed the Pharaohs’ land in terms of power. The great pyramids, the studying of the Old Kingdom, and the mystery that surrounded them have always attracted archaeologists, historians, and even scientists across the globe.

Archimedes was undoubtedly one of the world’s greatest scientists. His best discovery was that of the principle of buoyancy. He is known as the man who ran down the streets of the Greek city of Syracuse, naked, yelling “Eureka!” translating “I got it!”

Recognized by their horses, chained armours, heavy suits, swords, and daggers, knights were soldiers during the medieval period with a very high status in the military. The head of the state conferred them with their raking and position. Sometime before 800 A.D., knights were considered ordinary soldiers. It was only after that time that they were given an elevated status. They became associated with chivalrous demeanour, a high court of conduct, and a perfect soldier.